Ministry of Labor does not support LGBT participation in labor-force

Turkish Minister of Labor and Social Security Faruk Celik stated that the policies to support participation in labor-force do not include LGBTs. 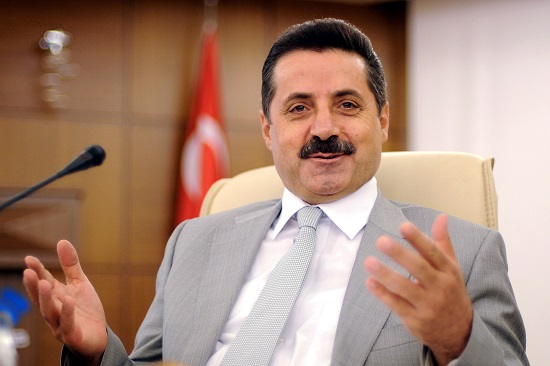 Turkish Minister of Labor and Social Security Faruk Celik stated that the policies to support participation in labor-force do not include LGBTs.
The Ministry of Labor and Social Security responded to a parliamentary question submitted by the main opposition Republican People’s Party (CHP) MP Mahmut Tanal on LGBT inclusion in the employment policies.
Minister of Labor and Social Security Faruk Celik did not count LGBTs among the “disadvantageous groups” in employment which the Ministry gives support for their labor-force participation.
Celik’s answer to Tanal’s parliamentary question is as follows:
“The measures taken by our Ministry regarding the support for especially disadvantageous groups’ participation in labor-force, and discrimination and social exclusion include women, children, people with disabilities, youth, ex-convicts, the Roma, immigrants, poor or people under poverty risk, substance addicts and seasonal workers.”
Tanal asked the following questions to Celik:
“Does your Ministry do any work to include lesbian, gay, bisexual and trans citizens in the employment policies, especially regarding the participation of disadvantageous groups in labor-force?”
“Do the public expenditures and the Ministry policies regarding empowering youth include measures to help LGBT youth escape the circle of discrimination and social exclusion they are intensely exposed to, and suggestions based on human rights to solve the problems of this group?
Translation: LGBTI News Turkey