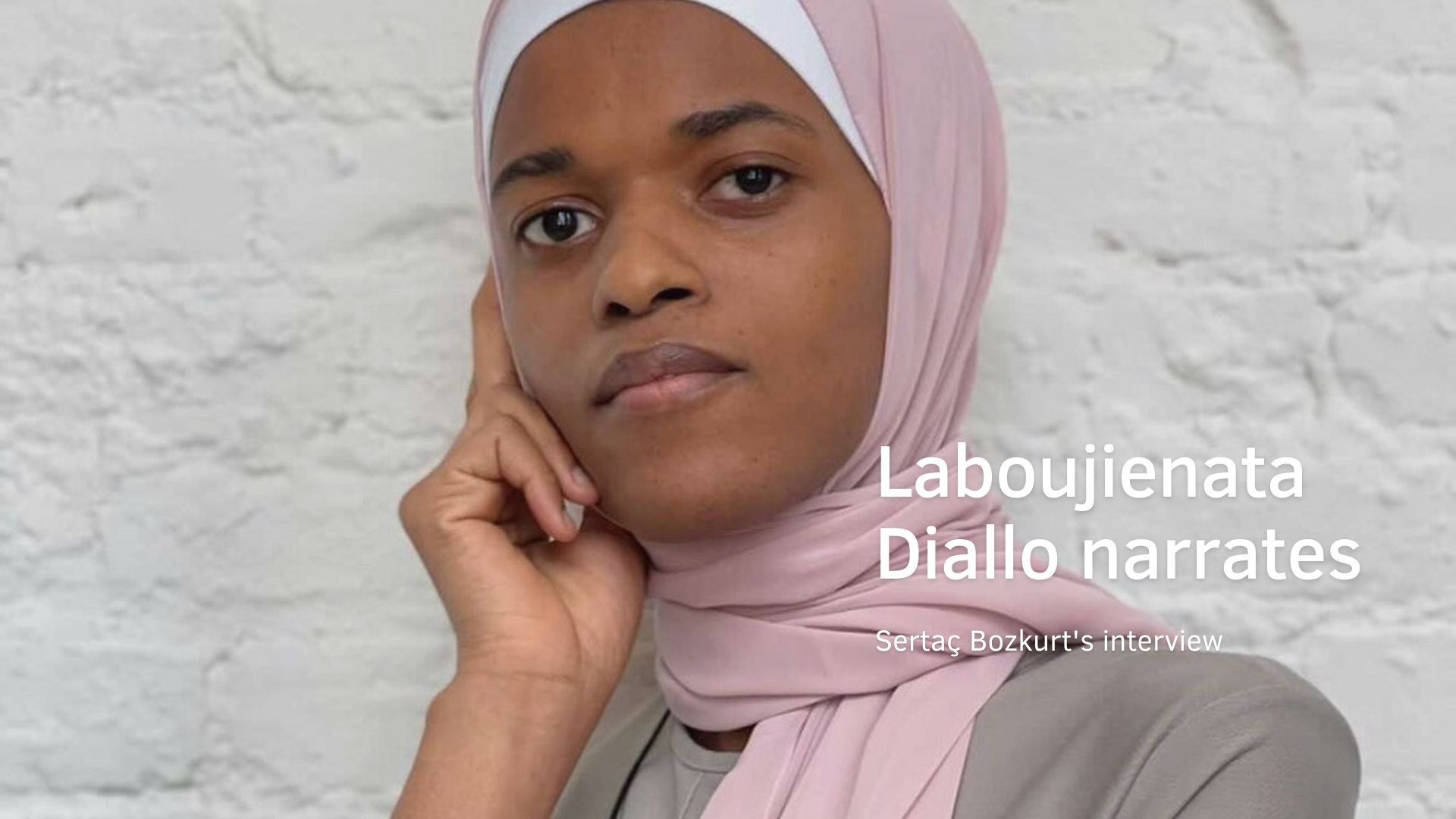 I had the opportunity to meet Laboujienata through black non-binary and transgender led Stonewall Protests, which have been held every Thursday nonstop for over a year. I was both inspired and empowered by what she told and her life story. It has always touched my soul. She cried, I cried. I asked her to share her story with you; she didn't refuse me.

A Muslim trans woman with a headscarf, Laboujienata Diallo was born in Guinea and immigrated to the United States at the age of 7. Diallo is a writer whose activism focuses on the freedom of people whose freedoms are chained by oppression. And she writes the stories of those who are often kept quiet by those who hold power. Now let's get to know her and her struggle better with our questions:

Before we start, I would like to introduce you to the audience. Who is Laboujienata Diallo?

My name is Laboujienata Diallo, I use She/They pronouns, and I am a Pullo Muslima Hijabi Trans Woman. I was born in Guinea and immigrated to the States when I was 7-years-old. I am an activist with a focus on the liberation of people who are shackled by oppression, and I am also a writer with a focus on sharing stories that are often silenced by those in power.

What is your relationship with your faith? How was your faith impacted to your journey as a trans woman?

My relationship with Islam has been a rocky one for a very long time because I was always practicing it through a communal and familial lens, but it has become stronger than ever since I began practicing it as a private and one-on-one practice with me to my Lord, Allah (SWT). My Islamic faith is tied to my trans identity because I was created beautifully by Allah (SWT) and knowing that has given me such a stronger foundation with my faith and my identity, Alhamdoulilah.

What stories or lessons do you find inspiring as a trans woman in Islam?

I always find inspiration from the multiple stories of the resilience of my Muslim ancestors in the Quran. Their resilience against all forms of oppression and hardship because of their knowledge in knowing that they are fighting for and are also practicing something that is bigger and greater than themselves. This gives me hope every day to have resilience and faith in my Lord and religion because of the promise by Allah (SWT) of ease after hardship one day (either in this life or the hereafter).

How was your experience during the Trump’s executive order that banned Muslim countries from visiting the country?

I was in Guinea at the time when Trump’s executive order to ban those from Muslim countries from entering or visiting the states came out because I went back home for personal reasons. I was supposed to come back to the States that same year and I remember fearing every day, that I would not be able to come back to the States again. It wasn’t a surprise for me that he was targeting Muslims because he wasn’t the first person to do so, but I was very disappointed by the lack of human decency on his part.

Veiling is a common theme in the Abrahamic religions of Islam, Christianity and Judaism. But Islamophobia very easily targeted the headscarves over the woman body. -Through the law against Islam and hijab in France- Do you think discrimination against Muslims increasing in US and beyond the world?

The violence against Muslims in this country and countries all over the world for that matter is nothing new to me or anyone else who practices Islam as their faith. There is a lot of misconceptions when it comes to our faith and one of the biggest misconceptions comes from the practice of hijab. There are those who feel that it is their right to insert themselves in how we practice our religion when in reality, the practice is between the person and their Lord. The discrimination and violence is nothing new, it is not increasing; there is just more main stream visibility of it now.

What is our responsibility for Palestine as a Muslim or non-Muslim LGBTI+?

I believe that it is my responsibility to fight, spread awareness and advocate for the people in Palestine or anyone else in the world that is experiencing oppression or violence because I am a human being that believes in human rights. That is why I continue and will continue to do my best to spread awareness and fight for a free Palestine and a free world, Insha’Allah.

Modesty is in the center of the Islam. What is modesty means for you?

Modesty to me goes beyond what my outward attire is. Wearing the hijab and wearing modest clothing is definitely a big part of my life; but modesty, for me, goes beyond that. It is how I carry myself, how I treat those around me, what I listen to, what I watch, what I say, etc. Modesty, to me, is all about making sure that I am being the best person I can be for myself, those around me, and above all, making sure I am doing all I can to please Allah (SWT).

How accepting was your society during the your coming out process?