“No one has right to racketeer under the name of ‘street fee’!”

Sex worker trans women held a press statement about racketeering, sexual violence and threats against them at Tarlabaşı, İstanbul: They beat some of our friends, racketeer some of the others... Neither the state is behind us nor there is someone to protect us… 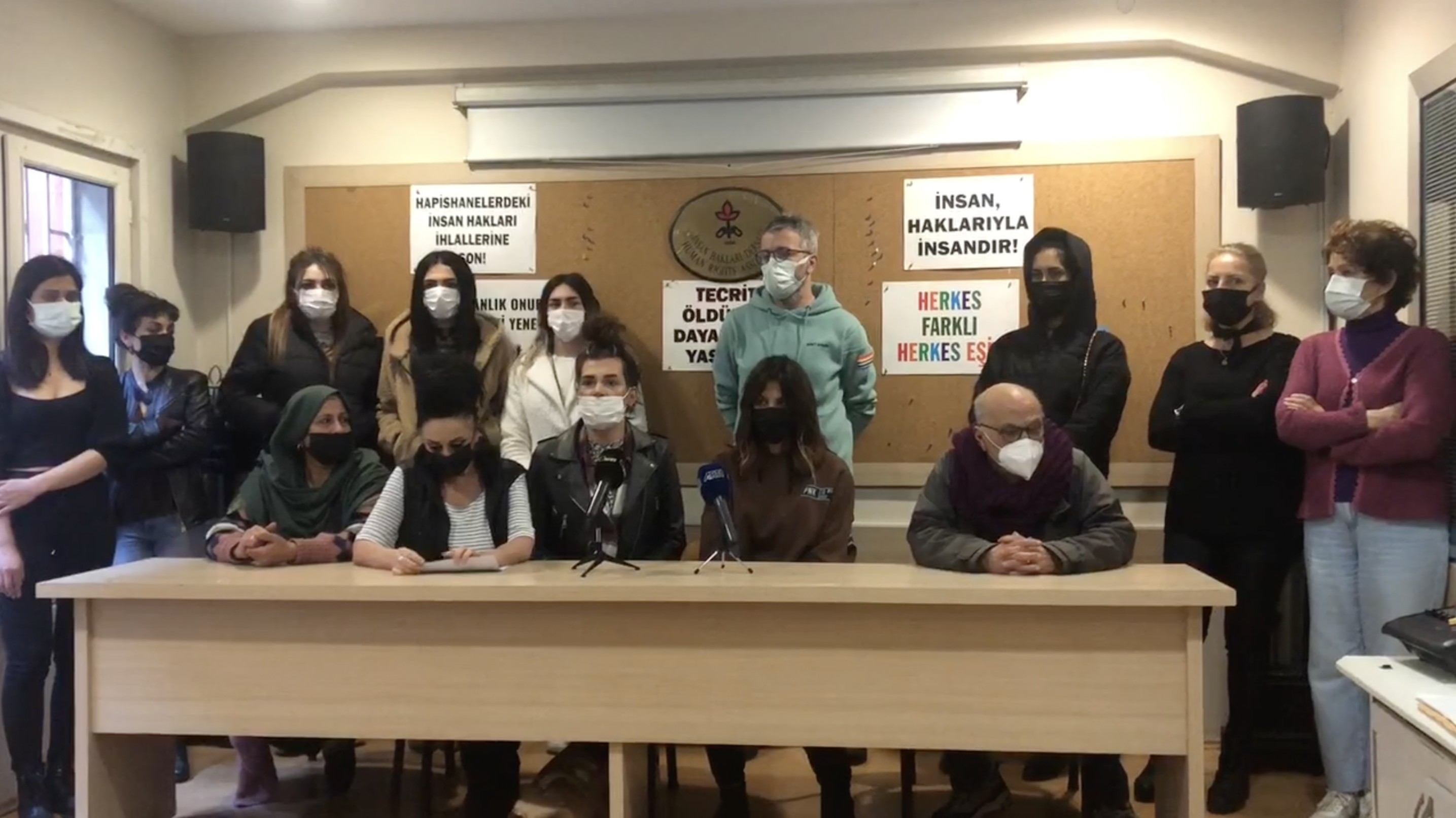 İHD Co-Chair and lawyer Eren Keskin told that managers of Bahriyeli Pub, which is 20 meters away from the police station in Tarlabaşı, racketeered trans women under the name of ‘street fee’, inflected sexual violence on them and threatened them.

“We warn the exacters: Stop it!”

Remarking that the women applied the commission Keskin said: “As the İHF LGBTI+ Rights Commission we hold the power of attorney on their behalf. We are going to file a criminal complaint and we have requested protection. We are expecting non-transphobic rulings from the courts.” She also reminded the ban of discrimination.

“No one has right to racketeer under the name of ‘street fee’. To crown it all, on the verge of police station. They cannot do it. There is no such thing, as nonsense! There are several crimes such as sexual violence and threat, we have evidence. We warn the ones who do this: Stop it! We also warn the police station on the verge of it. Do you job, don’t discriminate.”

“There is such a huge pressure from state, police and club managers”

Following Eren Keskin, women subjected to pressure and violence got the floor. Women, we are not using their names for security reasons, told their experiences as follows:

“There is such a huge pressure from state, police and club managers… A few days ago, one of those guys was about to stab my friend and neighborhood warden laughed away. We experienced such incidents we have no wish to live, this is really hard on us. They beat some of our friends, they racketeer some of others. Neither the state nor another institution is behind us. We have also problems with neighborhood wardens. We do not deserve any of this, we want to live freely in our own country. No one can subject us to pressure.”

“We try to protect each other as friends. People always treat us as if we are third-class citizens. They harass us when we don’t give them what they want. If we don’t follow their rules, they either offer us to leave the city, otherwise they injure us. If we don’t give them the money they want, we either get a beating or we are not able to go to the street. We don’t want to live always like a cat on hot bricks. We all have families and we don’t want to expose them dark news. Whenever we go to the police station, police officers brush us aside, because we are trans.”

Women also added that they go away empty-handed whenever they make a complaint about the exacters and the exacters had told them “If you wish you may complain, police is behind us.”