“On Planet Lubunya we want to create an online space between these two cities in a time where other safe spaces are closed down.” 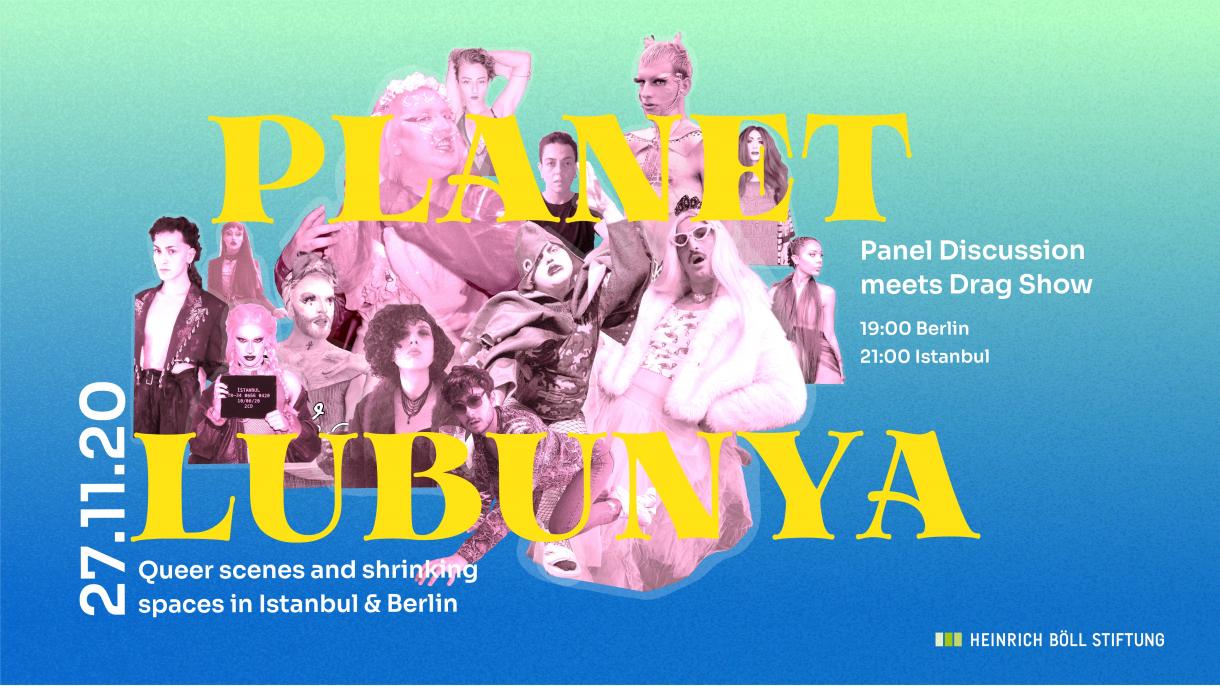 The full text of the event is below

In recent months increasing homophobic rhetoric from the highest echelons of power has put Turkey’s already vulnerable LGBTIQ* community further at risk, tarnishing what was left of the country’s image as a relatively open Muslim society that has provided shelter for persecuted LGBTIQ* from across the region.

When the Erdoğan government came to power, it introduced measures against discrimination and negotiations to join the EU gave the LGBTIQ* movement a huge boost. The Istanbul Pride Parade grew to become the biggest of such parades in the Middle East. However, starting with the ban of Pride in 2015, the AKP's policy towards LGBTIQ* people has become more and more repressive from year to year.

Against the backdrop of these developments, the COVID-19 pandemic hit the LGBTIQ* community particularly hard, shrinking the few (safe) spaces left. Places of queer entertainment had to close and many performers were left without an income. Signature drag shows such as ‘Dudakların Cengi’ had to shut down because of the same reason.

In Berlin as a city inhabiting one of the most diverse queer communities, LGBTIQ* people are facing the shutdown of queer spaces, bars and clubs. The feeling of insecurity has become even more distinctive among people who carry more precarious lives regarding the financial state, health insurance and language barrier.

Istanbul and Berlin are two cities that have a long history of solidarity between LGBTIQ* communities in both cities. Now we aim to bring this solidarity to an online platform amid the Covid-19 pandemic.

On „Planet Lubunya“ we want to create an online space between these two cities in a time where other safe spaces are closed down. We will host LGBTIQ* activists from Istanbul and Berlin to discuss the current political situation and alternative ways of solidarity in times of the pandemic and we will host drag performers with their shows. We are planning a night of celebration, solidarity and awareness. Join us!