Platform of Hate Crimes Meets the Minister of Justice

The representatives of Platform of Hate Crimes met the Minister of Justice, Sadullah Ergin, at his office within the frame of ‘Campaign for Hate Crimes Law’. 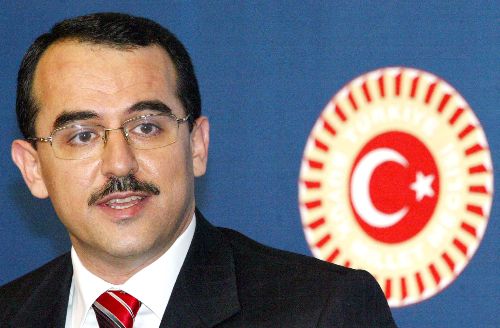 The representatives of Platform of Hate Crimes met the Minister of Justice, Sadullah Ergin, at his office within the frame of “Campaign for Hate Crimes Law”. Among the representatives were Cengiz Alğan from the Platform, Yücel Tutal from the Roma Youth Association, Soner Tufan from Protestant Churches Association, Buse Kılıçkaya from Pink Life Association and the lawyer of Kaos GL Hayriye Kara.
Cengiz Alğan from the Platform stated that about 60 NGOs are members of the platform, among which there are Alewi, disabled, Christian and LGBT associations as well. Then describing what hate crime is and the purpose of the platform Alğan said “platform has formed only with the demand of a legislation on hate crimes. 48 of 56 OSCE (Organization for Security and Co-operation in Europe) countries have legislation regarding hate crimes. Only 8 countries, one of them is Turkey, do not have that.”
The Minister of Justice, Sadullah Ergin admitted that it has been criticized not to have any legislation on hate crimes, however, there is no data regarding the scale of the problem and that they are working on that. He expressed that the legislation should be in accordance with the socio-cultural structure of Turkey as that is the case with any other country which passed the legislation. He also underlined that the legislation is not enough by itself and that it should be practical.
Hayriye Kara from Kaos GL Association pointed that OSCE's definition of hate crimes does not include the phrase “gender identity” as the definition of gender is interpreted widely implying “gender identity” as well. However, she claimed that gender is considered in a very narrow context in Turkey and, therefore, the legislation on hate crimes must definitely encompass “sexual orientation and gender identity” phrases.
After the meeting with the Minister, the Platform met Fevriye Tüysüz from the Ministry of Justice Chairmanship of Training Division.