Police attacked the World Refugee Day activities of Birlikte Yaşam Evi (Co-existence House) which was conducted within the context of Datça LGBTI+ Pride Week. They blocked the event arbitrarily. 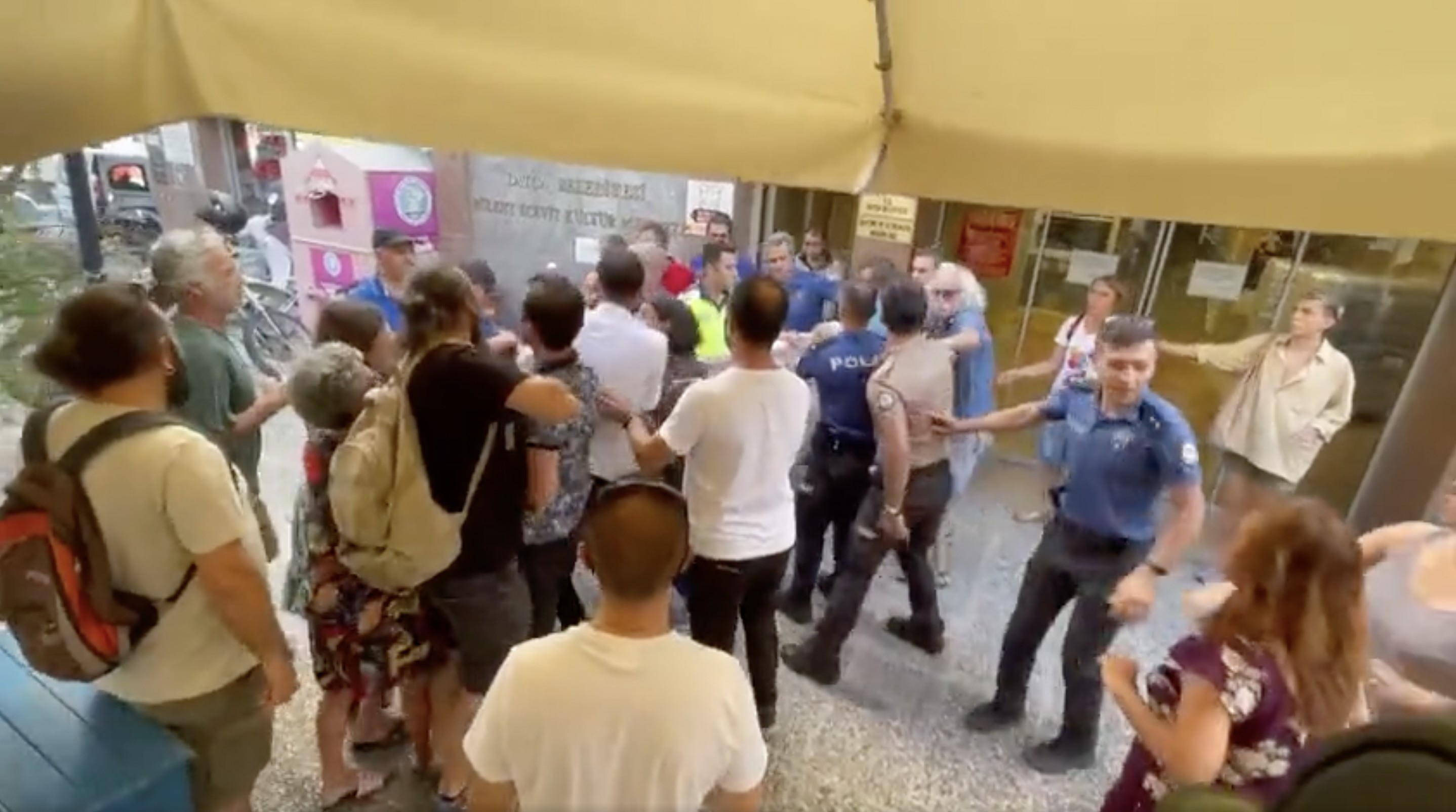 Police attacked the event which was planned to be held within the context of 1st Datça LGBTI+ Pride Week, yesterday (June 20).

Film screening, which was organized by Birlikte Yaşam Evi for World Refugee Day, was prevented by the police. Although it is not subject to permission, the police put the people out of the venue by saying “You didn’t get permission.”

Disregarding the lawyers’ recalls about the law, the police blocked the activity without any justification or administrative decision. Then the police attacked those who wanted to make a press statement considering the case outside of the venue.

Birlikte Yaşam Evi, will make a denunciation about the police attack.