Police attacked the pride march organized against the arrest of two students from Boğaziçi University as a result of hate campaigns against LGBTI+'s. Police detained 27 people by using excessive violence. 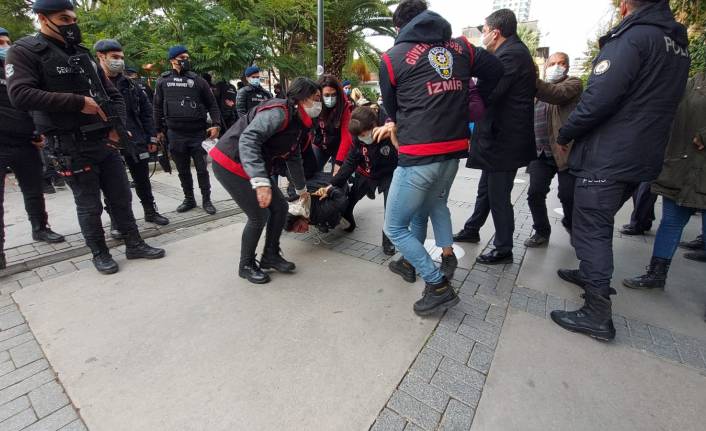 Police attacked the pride march organized by İzmir University Solidarity to protest the arrest of two students from Boğaziçi University as a result of anti-LGBTI+ hate campaigns.

Police attacked those who wanted to come together in front of Izmir Alsancak ÖSYM and detained 27 people. The detainees were battered.

Health checks of 27 detainees continue. After their health checks, they will be taken to Izmir Güvenlik Şube.

Att. Mahmut Şeren said that there were people with head trauma and injuries among the detainees. Şeren said, “So there is a pride march to be held in accordance with the Law No. 2911. If there is something against the law, a warning should be made, then you wait for a time for dispersal, while you maintain a corridor for them to disperse. However, our clients were detained in a very short time before any of these were done. Some law enforcement officers also claim that they were the battered ones. "

Att. Şeren added that a directive by the Governorate banning the march was mentioned, but the document was not shown to them. The police attacked and detained those who gathered for the march without reading the directive completely. 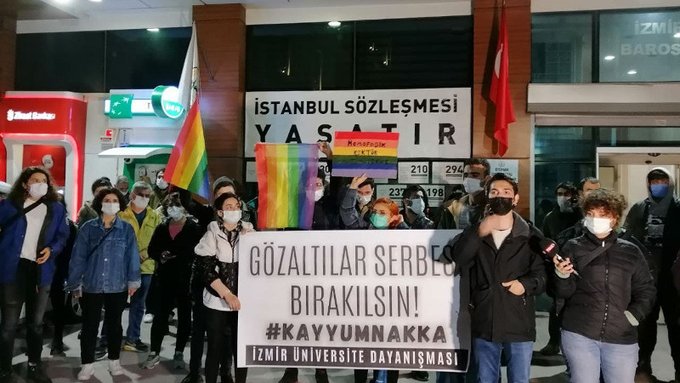 Izmir University Solidarity protested the detentions in front of the İzmir Bar Association with a banner "Let the detentions be released! Nakka* to the trustee".

In the statement, the demands were listed as follows: “Our friends who have been arrested should be released immediately, the house arrest should be canceled! Police leave the campus and its surroundings as soon as possible! Trustee Melih Bulu and all other trustees resign immediately! Rector elections should be held democratically with the participation of all constituents of the universities! Criminalize hate speech against LGBTI+'s!"

*Nakka means “no”, “never” in the LGBTI+ slang of Turkey