Police attacked the journalist who wanted to support imprisoned journalists!

Police attacked the journalists who made a press statement for the imprisonment of 16 journalists in Diyarbakır. KaosGL.org Chief Editor Yıldız Tar, Sibel Yükler and Deniz Nazlım were taken into custody. 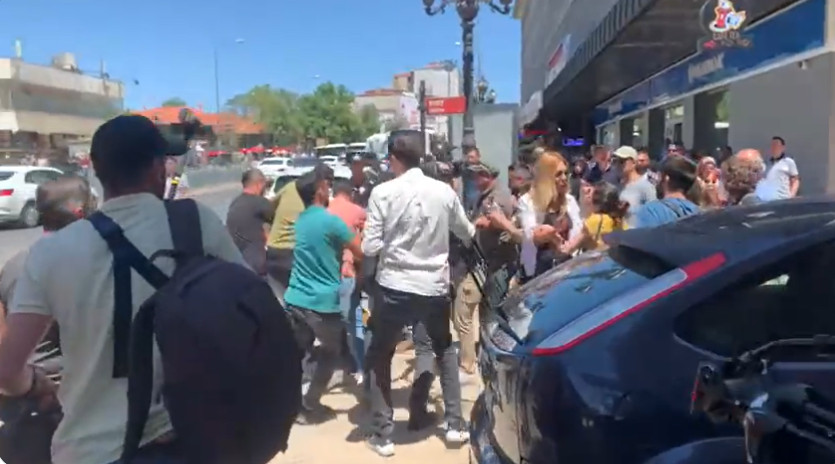 Police attacked the press statement which was held for the imprisonment of 16 journalists in Diyarbakır, with the call of Confederation of Progressive Labour Unions of Turkey – Press Labour (DİSK Basın-İş) in Ankara.

Police, who attacked the press statement which was planned to be held in Ulus, blocked the journalists because the possibility of “being another protest”. They battered KaosGL.org Chief Editor Yıldız Tar. They blew Yıldız Tar down with rear-handcuffing. And they took Yıldız Tar into custody by pressing their neck with their elbow and preventing them from breathing.

Police also took journalist Sibel Yükler and Deniz Nazlım from Mezopotamya Agency into custody by battering due to reacting to Yıldız Tar’s detention. They were also down with rear-handcuffing and beaten by the police.

Following their testimonies at the Police Department, journalists were released.