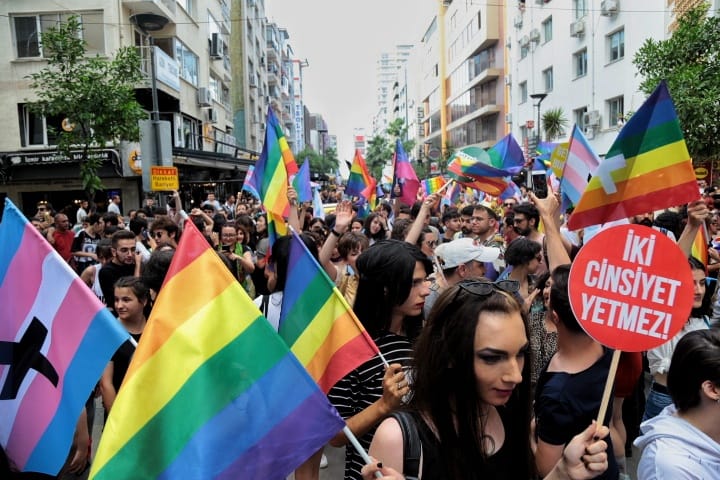 7th İzmir LGBTI+ Pride March held on 22nd of June was attacked violently by police forces. 16 people were detained during the attack.

LGBTI+s in İzmir gathered together with the call of 7th İzmir LGBTI+ Pride March committee at 18:00. Committee called for the march and subsequent press release, but police forces blocked the ways going to the marching spot and stopped people to sit in the cafes and other places around the marching spot. After LGBTI+s gathered together around the spot, police forces attacked to the crowd.

At first, police did not allow the community to read their press release. However, lawyers in the community has negotiated with the police forces and they asked the crowd to read the statement and split up. After the press release, police started to attack LGBTI+s who walked and chant around with slogans.

Police started to use pepper gas to split the crowd up. Then they detained 16 people. İzmir Bar Association provided legal support to the detained activists. In the evening, all detainee has been released.