BAYETAV has published the findings of a survey related to political polarization and co-existence in Turkey, conducted with the support of KONDA and SAM. 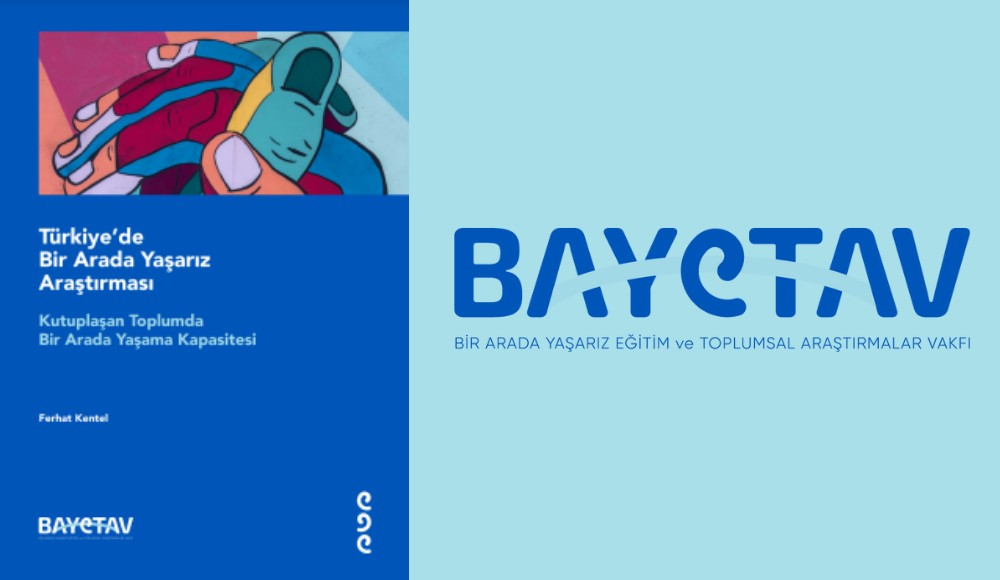 Co-existence, Education and Social Researches Foundation (BAYETAV), conducted a survey on co-existence in Turkey with the support of KONDA and SAM.

Some findings related to national, ethnic, religious, class, and gender identities were also among the results of the report.

Using both qualitative and quantitative research methods, 2132 surveys were conducted in 286 districts of 67 provinces. 62 in-depth interviews and 12 focus group discussions were also made.

Acquaintanceship is essential for overcoming prejudices

A respondent who legalizes the police violence during the protests or actions answered the question “Well if your son comes out as a gay, what would you do?” as: “I am a mother, I approve him.”

This experience was evaluated as: “In this sense, daily experiences of the respondents are more positive than their political views. It is noticed that the acquaintanceship and daily life have an important role in overcoming prejudices.” within the context of the report.

Considering LGBTI+s, being gender non-conforming, is the underlying cause of the prejudices according to the report.

“No doubt that ethnic and religious groups make defensive provisions in order to keep homogeneity in between their groups. However when we consider the society as a whole, we observe similar alternation dynamics and defensive behaviors. For instance, even in Erzurum, where the level of conservatism and prejudgment about LGBTI+s is significantly high, we may see that LGBTI+s are accepted as ‘marginal’ in some parts of the province. Gender non-conforming existence of LGBTI+s construct another part of the prejudgment definitely. In other words, this confusing identity on one hand may be something ‘well-respected’, on the other hand it has a risk of perceived as an expunger of ‘exact’ identities and may be identified with ‘in-between’, as seen in a focus group discussion:

- (LGBTI+s) have pretty friends. It is normal. No one considers it as absurd, they usually help them. (R3)

- Their friends are usually girls. (R2)

- Moderator: Well, how about you, do you want to live in a street where LGBTI+s also exist?

- Well, it may be fear. I mean if everyone thinks that I am also that kind of person and I hold inside due to living there. (R7)

LGBTI+s want to be memorialized with their success

Responding the questions at qualitative interviews, one of the LGBTI+ respondent of the survey says that: “Recently, being an engineer is actually very important for me. Being an LGBTI+ engineer is the most important thing in my life. I mean producing something scientific, my identity related to producing scientific information is in the forefront of my other identities. In fact, being an LGBTI+ is not essential for me. I don’t think it over much. Because nothing happens to call for it. (IDI-8)”

According to the findings of the report, following Syrians, LGBTI+s take place among the groups who are most exposed to discrimination. “Not being normal” and religious references underlie the discrimination against LGBTI+s.

“Syrians are the prominent among the marginalized groups. Those who live in close locations with Syrians, told that they are against them due to convergence of economic interest, and those who almost never come across Syrians, told that they are against them due to political reasons. ‘Laziness of Syrians’, ‘taking government support’, ‘prinking up’, ‘being multi-child families’ were among the complaints related to Syrians. Although to a lesser extent comparing to Syrians, there were a pretty amount of respondents who adopt a discriminatory approach against LGBTI+s. When the reason is questioned, it was mostly told that they were not ‘normal’ and they affected the society adversely referring to religion.”

Some findings from the qualitative part of the report are as follows:

- 89,8 percent of respondents agreed with the statement that “Discrimination and violence in the media affect the social life negatively.”

- 91.3 percent of the respondents agreed with the statement that “Different groups should recognize and understand each other and they should strike a balance.”

- 88,3 percent of the respondents told that “inciting our distrusts of others” is one of the reasons of polarization.

- 72,3 percent of respondents think that narrating the history of different groups at schools is helpful for social peace.

Click here to reach the whole text of the report in Turkish.