Police Tagging Of Gays: Your Daughter Has Become A Thing!

A woman, who wishes to remain anonymous for safety reasons, has reported that the police tagged her after listening to her phone records and tracking text messages between the woman and her lover. 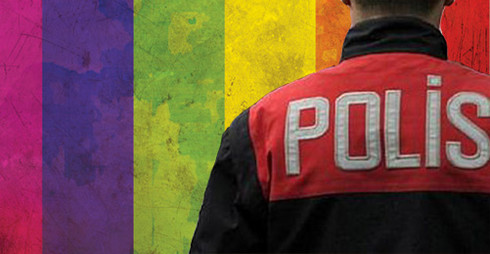 In western city of Canakkale the police visited the grandmother of a lesbian after seeing her posts on the Internet. They told the grandmother that “Your daughter has become a ‘thing.’ There are five other women like her in our city of Canakkale.”
Discrimination in Turkey has no boundaries regarding the violation of the right of privacy, while the constitutional rights of the LGBTI (lesbian, gay, bisexual, trans and intersex) people are not recognized and no precautions are taken against hate crimes.
Your daughter has become a thing!
A woman, who wishes to remain anonymous for safety reasons, has reported that the police tagged her after listening to her phone records and tracking text messages between the woman and her lover. Thereupon the police visited the grandmother of the lover and told her that “Your granddaughter has become a ‘thing’.” The police also admitted that they had tagged five other women like her in Canakkale.”
Tagging after the new Internet Access Regulation Law…
This incident took place right after the new censorship and investigation law on general Internet access. The woman who was exposed through tagging states:
“Three police officers visited my girlfriend’s grandmother in Canakkale. Her grandmother started talking to the police officers. When the police officers asked her where my girlfriend was, her grandmother stated that she was in another city for her education.
We have an order; we will investigate all of them
One of the police officers says “There are five other “things” like her in Canakkale.” When the grandmother asked “What’s going on?” the police officer told her “Your granddaughter writes about women; your granddaughter has become a ‘thing’. We have an order; we will investigate all of them.”
The grandmother, knowing that her grandchild is a lesbian told the officers “I will take care of the situation,” in order to get rid of the police officers. The grandmother called my girlfriend straight after this visit, and told her “Be calm! Three police officers were here a short time ago. I guess you have written couple of things about yourself somewhere on the Internet. Anyway, be careful. Also, warn your girlfriend!”
My girlfriend called me in tears and explained what had happened. She said she was very scared and has deactivated all of her social media accounts. She also warned me “Your family does not know about you. Please be careful!”
This is the misuse of power!
Lawyer Hayriye Kara, the legal counselor of Kaos GL, comments that this event was an abuse of law enforcement’s duties and power. Kara stated:
“There must be a suspicion of a crime to carry out an investigation. Legally, people may be called to bear testimony but as I said previously, there must be a suspicion of the crime. On the other hand, it is unlawful that the police officers reveal such information to a third person just because they live at the same address. This is an intimidation policy. Finally, when officers go to one’s home address for an investigation, it should be assessed whether that person is at home or not. No one should be allowed to make a disclosure like “Your granddaughter has become a ‘thing’ and we are looking for her”.
“In reality, considering the current practices applied by the police force in Turkey, no official investigation is needed to visit a home in order to say “Your granddaughter has become a thing.” This attitude is taken to intimidate the families in order to use them against the individuals who are in question. This could even be the result of a local police officer taking his/her own initiative. This is openly misuse of the duty. Unfortunately, as we see elsewhere, there will be no official action taken against the police force, even if this woman makes a complaint about it.”
Translation: LGBTI News Turkey