The examination of conscientious objector Süver at the GATA military hospital it was determined in the related report to reduce his penalty and to have him serve his sentence at hospital. Süver was convicted on charges of "absence without leave". 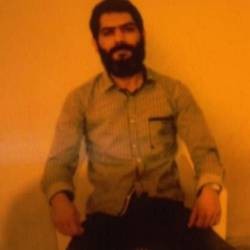 After conscientious objector İnan Süver was examined at the Gülhane Military Medical Academy (GATA), the related report determined to reduce Süver's sentence due to his mental illness at the time. It was also suggested that Süver shall serve his remaining sentence in hospital. The conscientious objector was convicted of "absence without leave" in 2007.
Mentally ill but suitable for military service
bianet talked to Süver's lawyer Davut Erkan about the latest developments. Erkan said that the report prepared at GATA claimed that İnan Süver was suitable for military service at the time of the offence. According to the lawyer, the report foresees a reduction of punishment because "the perception of his movements and his ability to direct them was decreased" due to his mental illness in 2007 when he committed the offence of "absence without leave". Süver's sentence can be reduced by one sixth according to Artilce 32/2 of the Turkish Criminal Law (TCK), Erkan said and added that the sentence can be served at hospital.
Erkan highlighted that the joint lawyers were going to request the court to have Süver serve his remaining sentence at hospital. In case the court refused this demand, they would request to transfer Süver to a place like Metris Prison (Istanbul) which is close to hospital since his medical treatment is compulsory, Erkan reported. This way, Süver would be able to obtain medical support at the mental health hospital, the lawyer explained.
"Mentally depressed because he was forced to military service"
Lawyer Erkan emphasized that the report was definitely not sufficient. He said that it ignored the fact that Süver was a conscientious objector and that he did not want to do his military service.
Erkan indicated that it was not enough to just say "His ability of perception decreased because he was mentally depressed, so let's reduce his sentence". The lawyer stressed that the reason for his depression was the fact that he refused to do his military service but was forced to do so.
(bianet/Ekin Karaca)