Prison Sentences for the Cyber Attacks on kaosGL.org!

The public prosecution case regarding the April 2012 cyber attacks on the Kaos GL Association’s websites has concluded. 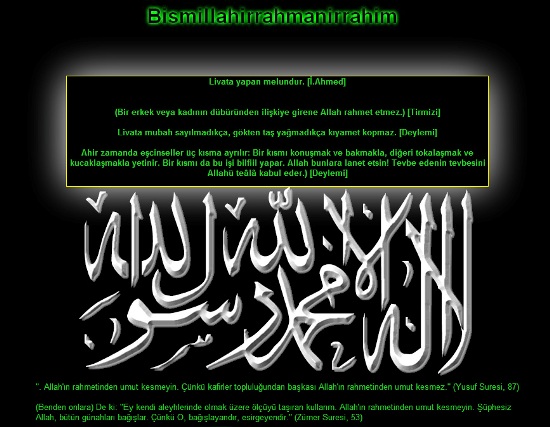 Two individuals received six months in prison each for carrying out cyber attacks on the news and association websites of Kaos GL in 2012.
The capture of Kaos GL websites when the attacks took place
The public prosecution case regarding the April 2012 cyber attacks on the Kaos GL Association’s websites has concluded.
Six Months in Prison for the Two Assailants
A public prosecution case was opened against A.K. and R.V. – both under 18 at the time of the crime, which included tampering with, destroying, or denying access to data in information systems, as well as the insertion of data to the system (Turkish Penal Code 244/3). The offenders were sentenced to six months in prison.
The court case was initiated when the Kaos GL Association filed a criminal complaint against the above-mentioned persons in accordance with items 216, 243 and 244 of the Turkish Penal Code.
The investigation was able to identify the IP addresses used by the attackers. It was also discovered that those using these addresses were the children at these destinations.
Three years of Supervision and Conditional Deferment!
The children A.K. and R.V. were sued in a public prosecution case for tampering with, destroying, or denying access to data in information systems, as well as the insertion of data (Turkish Penal Code 244/2). The summary judgment took place on March 12, 2014 and the children each received six-month prison sentences. Their sentences were reduced by one third because they were under the age of 18 at the time of the crime and by another one sixth because of good conduct. As such, they are to serve three months and 10 days in prison. The final decision regarding the two individuals is that they will be under supervision for three years and that their sentences will be deferred.
What happened?
The cyber attacks denied access to the official websites of the Kaos GL Association (www.kaosgl.org and www.kaosgldernegi.org). The attacks involved unlawful penetration to Kaos GL’s official websites resulting in the deletion and alteration of data.
The Kaos GL Association raised a criminal complaint in relation to these cyber attacks based on items 216, 243 and 244 of the Turkish Penal Code. The justification for the court case was explained as such:
“The Kaos GL Association, which strives to advocate for the human rights of LGBT people, is being subjected to religion-based humiliation, insults, and hate speech both on written and visual media, in formal and informal arenas. The attacks included an alteration of the data on the Association’s websites whereby the original content was replaced with the recital of the Koran. This shows the prejudicial base of the crime. This attack is not only geared towards the Association but also towards all homosexual, bisexual and trans persons. This form of hate speech, targeting, and humiliation is motivated by prejudice which may lead to the kind of hate crimes we witness in this society.”
Translation: LGBTI News Turkey