"Sancı and Sertabiboğlu Should be Acquitted"

The International Publishers Association demanded the acquittal of publisher Sancı and interpreter Sertabiboğlu who are being tried on the grounds of the Turkish translation of Burroughs’ book "The Soft Machine". 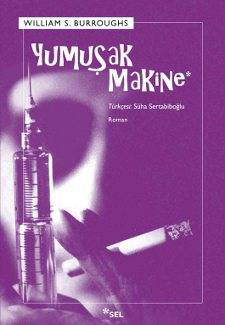 The International Publishers Association (IPA) called for the acquittal of İrfan Sancı, General Publications Director of Sel Publishing, and interpreter Süha Sertabiboğlu. Sancı and Sertabiboğlu are being prosecuted for translating and publishing the book "The Soft Machine" by US American Writer William S. Burroughs.
The IPA announced in their statement that both Sancı and Sertabiboğlu were going to be sentenced to imprisonment of between six months and three years in case they were found guilty.
The press release mentioned Sancı as the recipient of the "2010 IPA Freedom Prize - Special Award". It was emphasized that this was the latest in a series of obscenity trials against publisher Sancı in the context of translations of contemporary foreign literature.
IPA Freedom to Publish Committee (FTPC) Member Anders Heger observes today’s (11 October) hearing. He said in the press release issued on Monday (10 October), "That the recipient of the ’2010 IPA Freedom Prize - Special Award’ is again facing obscenity charges - this time for having published 2,500 copies of William Burroughs’ novel, The Soft Machinein Turkish translation - is simply mind-blowing and disappointing. First published in 1961, Burrough’s book is seen as a classic of the Beat Generation. IPA calls for Sancı’s and Sertabiboglu’s immediate acquittal".
IPA Board Member and FTPC Chair Bjorn Smith Simonsen reminded that the Prime Ministerial Board for the Protection of Minors from Harmful Publications decided last year that Burroughs’ works were not literature.
"The process that is being applied and the decision itself made by this governmental board are undemocratic, anachronistic and unworthy of a modern and open society. Sancı is being harassed for doing his publisher’s job. These practices should be stopped and Sancı and his colleagues like the owner of the Ayrinti publishing house should be left alone", Smith Simonsen added.
Second hearing
Sancı and Sertabiboğlu stand accused of alleged "harm of the people’s feelings of shame and modesty" and of a violation of Article 226 of the Turkish Criminal Code (TCK) on "indecency". The case is being continued today in Istanbul.
The joint attorneys of the defence stated at the first hearing that the indictment described the book both as a work of literature and as obscene and even pornographic at the same time. These two elements, the lawyers claimed, were contradicting each other. An element of crime was not constituted, they asserted.
"The Soft Machine" by William S. Burroughs as an important representative of the Beat Generation is part of The Nova Trilogy and was first published in 1961. The translation done by Süha Sertabiboğlu was published by Sel Publishing in January 2011. Click here to read the full press release of the IPA. (bianet.org)