Mehmet, who was told that “There is a tip that tells you are gay” while working in the public sector, has been suspended and consequently expelled at jet speed, told KaosGL.org about their experiences. 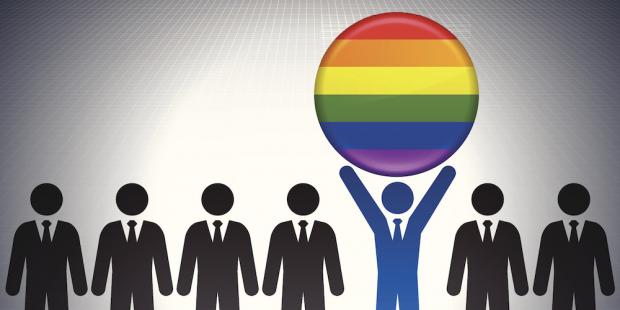 Mehmet, who was told that “There is a tip that tells you are gay” while working in the public sector, has been suspended and consequently expelled at jet speed, told KaosGL.org about their experiences: “I have worked with dignity but they weren’t interested in my work. Instead, they were interested in my private life and I was fired unjustly. It was discrimination.”

Mehmet* is 34 years old. Was working in a public institution as a civil servant for 8 years. In recent months, Mehmet was fired in consequence of a tip-off and a piece of information obtained by violating the confidentiality of their private life. The reason for Mehmet’s discharge was being gay.

Although being homosexual is not defined as a crime in the legal system of Turkey, and there isn’t a direct statement regarding homosexuality in the Public Officials Law No:657; right to work of many homosexuals can be usurped unlawfully. And Mehmet is one of them.

Police asked the mukhtar; the manager of the institution called to the office

According to what Mehmet told to KaosGL.org; everything started with an undercover cop’s visit to the neighborhood mukhtar (state representative of neighborhoods and villages), 6 months ago. Police told to mukhtar “There is a person like this. A public official. There are posts on Twitter regarding their homosexuality”.

After the police’s discussion with the mukhtar, the manager of the institution called Mehmet to their office and asked, “There is a tip that tells you are homosexual. Someone complained about you, is it true”. Mehmet said “No, there is no such a thing” at first. They left the office of the institution manager. Consequently, the manager called Mehmet again and said, “There is evidence at the prosecution office, you better admit it”. Mehmet said, “Yes I am homosexual but this an innate thing, and it doesn’t interfere in my work”. Then Mehmet got suspended.

Expulsion without a forensic investigation!

Mehmet was expecting reemployment after 3 months of suspension, for there was not any forensic investigation about him and also there was no crime. But then he got suspended again, arbitrarily. Mehmet received a notice ordering to file his defense immediately, from the Ministry of the institution that he has worked for. Mehmet filed his written defense and stated his request to make a verbal defense too. But the Ministry discharged Mehmet at jet speed without a verbal defense.

“I was quite serious while I was working for 8 years. Have I suddenly become frivolous?”

Mehmet's requests for interviews and verbal defenses were not processed during the period. Mehmet assesses their experience as follows:

“I’ve been told that there is a case about me but I didn’t know it’s contents. There was no administrative investigation, but I was being expelled at jet speed as if there was one. They fired me instantly in a helter-skelter fashion. I have begged to make a statement, to talk with somebody… I’ve requested to see the file of mine. I have been told that there are pictures in the file but I didn’t know anything else. They were obliged to hand in but they haven't even shown it to me.  Finally, the Ministry’s high disciplinary committee sent a notification. In the comminuqué, it was written that they will take my last defense; either verbally or written. So I wrote down my defense. And I’ve stated my request to make an additional verbal defense. They kicked me off hastily, without letting me state my verbal defense.

“While the processes of people thrown out for other reasons lasted at least for a year, they fired me at jet speed just because I was homosexual. I was expelled in a very short time before I knew it. My lawyer has appealed against the expulsion but the Ministry answered as, ‘Being a public official is a serious profession, this job should be carried out with serious officers, not with these people’. I was quite serious while I was working for 8 years. Have I suddenly become frivolous?

“I am 34 years old now and my hair greyed out in this process. I was working on a tough assignment that a normal person couldn’t do. I have worked with dignity but they weren’t interested in my work. Instead, they were interested in my private life and I was fired unjustly. It was discrimination.”

“A blatant act of discrimination against an individual”

“Having respect for the private life is an obligation that is guaranteed by both the Constitution of Turkey and the European Convention on Human Rights. Besides, discrimination is forbidden by the constitution. According to the convention, if the violation of a right took place because of discrimination, it is then counted as a separate case of violation. Being homosexual is not regulated as a reason to lawfully discharge a public official. However, the Constitutional Court decided that there were no violations against the applications of people who were let go from law enforcement and the Directorate of Religious Affairs due to their sexual orientations. But in fact, these verdicts were against the obligations stated in the constitution and the convention. Sexual orientations of individuals are parts of their private lives. Private life shouldn’t be a factor in the continuum of the employment relations, thus there is one very legitimate question in the mentioned case. The victim was working seriously for their eight-years of employment; did they suddenly become a frivolous employee at the exact moment the information about their sexual orientation was sent to their superiors without the victim's consent? To this question, which is cannot be answered in a consistent manner by simple logic, the logic of law doesn’t have an answer too; because this is a blatant act of discrimination against an individual.”

* We have changed the name of the victim due to security concerns, at their own request.