Reasoned Verdict in the Court Case of Rosin Cicek: Killing Someone Because of Their Sexual Orientation is Unacceptable

The court announced its reasoned verdict in the case of Rosin Cicek, who was killed by his father and two uncles in the southeastern city of Diyarbakir in July 2012 with the justification that he was gay. 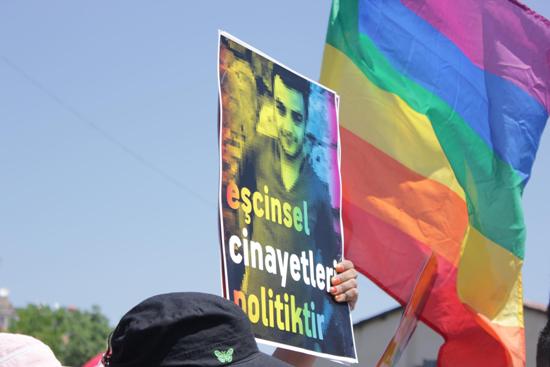 The court announced its reasoned verdict in the case of Rosin Cicek, who was killed by his father and two uncles in the southeastern city of Diyarbakir in July 2012 with the justification that he was gay.
Gay murders are political
The reasoned verdict for the trial held on February 10, 2014 sentencing murderer father Metin Cicek  to aggravated life in prison and the murderer uncles Alican Cicek and Seyhmus Cicek to life in prison, states that it is unacceptable to violate the right to life on the basis of sexual orientation. Unlike many other murder cases that involve gay and trans people, there was no reduced sentencing for the convicted based on unjust provocation.
The verdict stated that Rosin Cicek was subjected to mistreatment and insults by his father because of his sexual orientation and ran away from home because he was beaten. The court also drew attention to the fact that Rosin Cicek, who had found a job in a maritime company in Mersin, was fired after his mother met with his employer.
Below are some of the headlines from the reasoned verdict of the Diyarbakir Third Criminal Court for Aggravated Crimes:
Rosin was killed because of his sexual orientation:
The father and the two uncles committed premeditated murder because they were disturbed by rumors caused by Rosin Cicek’s different sexual preferences and because the victim was determined in his sexual preferences.
Not an accidental killing but a premeditated murder:
Even though the father claimed to have shot him accidentally, the autopsy revealed a close range shot. A bullet hole was discovered in the vehicle during the investigation. It is concluded that Seyhmus Diken, one of the convicted, placed the victim’s head on the trunk of the car and fired his gun. The convicted were unable to account for the hole on the car.
No reduced sentencing based on unjust provocation:
In light of international and national law, under no circumstances can the right to life be taken away on the basis of a person’s different sexual tendencies. Therefore, it is not acceptable that the victim was killed solely on the basis of his sexual tendencies, without having committed any wrongful act against the convicted; and that his family killed the victim on account of their discomfort in society due to the victim’s said tendencies. Because of these reasons, unjust provocation reduction has not been considered for the convicted.
Translation: LGBTI News Turkey