The Court considered it “lawful” and justified the discriminatory decision of the Governorship regarding the suit brought against ban on Eskişehir Pride March. Selçuk Yildirimci, who voted against the verdict, emphasized that Pride March contributed to pluralism and social peace. 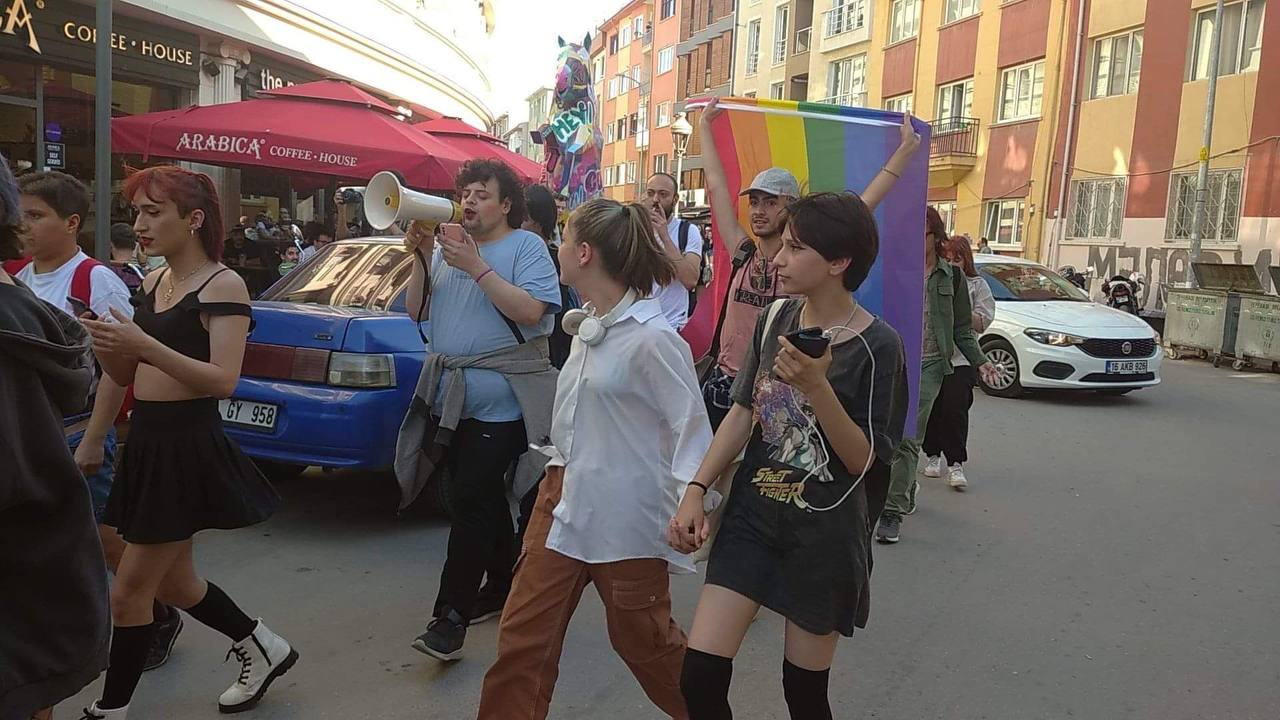 The verdict for the suit brought against the ban decision of the governorship on Pride March, planned to be held on July 3, 2022, in Eskişehir was announced.

Eskişehir 1st Administrative Court considered the discriminatory decision of the governorship “lawful” and justified the verdict within the scope of the case sued by the Association of Life Memory Freedom. Justifying the intelligence regarding “the information gained about an attack planned to be organized against an LGBTI event in Turkey” reported by the Police Department, the court passed a verdict considering there was no unlawfulness about the ban decision.

Ban on Pride March, green light for the hate rally!

The court stated that a 15-day ban decision could be imposed in case of the possibility of “retaliatory attacks” by DAESH against the murder of their leader.

The ban decision of the Governorship, started on June 23, was also inclusive of anti-LGBTI+ events which are planned to be held under color of “protest”. However the Young Welfare Eskişehir, the youth organization of the New Welfare Party, called for a hate rally by hanging banners. And they made an anti-LGBTI+ press statement in a district close to the Governor’s Office on June 26.

On the other side, Eskişehir 1st Administrative Court didn’t carry out an evaluation regarding the discriminatory statements like “such events which involve some attitudes and behaviors against general morality may cause reaction from the society, and some individuals and groups with radical views reacted against the events which are planned to be organized, on social media platforms and media organs” within the context of the ban decision of the Governorship.

The majority of votes gave the verdict. Selçuk Yildirimci, who voted against the verdict, reminded that the state has an obligation to protect in case of threat:

“The place and importance of right to assembly and demonstration, together with freedom of expression, in pluralist democracy, is out of question. Since, freedom of expression is a fundamental condition to be the making of individually and as result to develop a democratic society.”

Reminding the verdicts of European Court of Human Rights (ECHR), Yildirimci said the followings within the scope of the justification:

“Right to assembly and demonstration also aims to protect the opportunity to gather in order to defend and release common ideas of individuals together and insures the emergence, protection and dissemination of different opinions, which is essential for the development of pluralist democracies.”

Emphasizing that Pride March contributes to pluralism and peaceful coexistence, Yildirimci explained why he was against the verdict as follows:

“’Pride March’, which is seen as an event that aims to raise awareness and create social sensitivity against hatred, discrimination and violence experienced by a segment of society, whose gender identity and sexual orientation are different, is an exercise of a fundamental right and freedom that should be protected in a democratic society as it will contribute to pluralism and peaceful coexistence.

The obligation imposed on the State by the responsibility regarding the protection the rights of individuals, is a necessity of positive obligation which consists of protecting the right to life of all individuals within its jurisdiction against all kind of interference by public authorities and other individuals, as well as the individual herself.”

Yildirimci also underlined that the Governorship and the Police Department had not revealed a clear, concrete and imminent danger that a crime would be committed and that the verdict was given “based on the assumption that some abstract complaints and the possibility of reactions of those, who oppose the common ideas defended and aimed to be known by the others by the organizers of Pride March, would turn into action”.