Turkish court decides to arrest six human rights defenders and release other four under the obligation of juridical control. 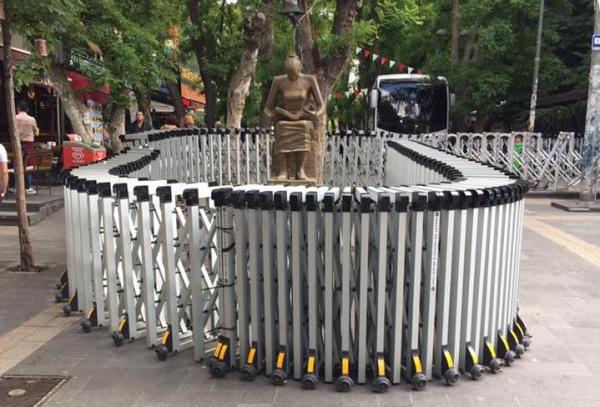 Turkish court decides to arrest six human rights defenders and release other four under the obligation of juridical control. They were all previously taken in custody in Buyukada.

The Turkish court decided to arrest six human right defenders, Özlem Dalkıran, İdil Eser, Günal Kurşun, Veli Acu, Ali Garawi and Peter Steudtner. Others, İlknur Üstün, Nalan Erkem, Nejat Taştan and Şeyhmus Özbekli, are released under the obligation of juridical control. The released are banned from going abroad and they also need to visit police station three times a week. All ten of them were previously taken into custody in Buyukada.

HR defenders came together in Buyukada for a meeting on digital security. The event was planned as a part of the program to protect HR defenders. However, they are taken into custody on 5 July in the hotel they were staying in Buyukada.

The duration of their custody was extended for another week on 11 July. They were all brought to court yesterday.

After they give their statements at the prosecutor's office, the HR defenders are transferred to court with the charges of "being a member of an armed terrorist organisation".

The remanding of six human rights defenders in pre-trial custody is an appalling affront to justice and a new low in Turkey’s post-coup crackdown, said Amnesty International.

“Turkish prosecutors have had 12 days to establish the obvious: that these activists are innocent. The decision to proceed shows that truth and justice have become total strangers in Turkey," said Amnesty International’s Secretary General, Salil Shetty.

“This is not a legitimate prosecution, this is a politically motivated persecution that charts a frightening future for rights in Turkey.”

“Today we have learnt that standing up for human rights has become a crime in Turkey. This is a moment of truth, for Turkey and for the international community," said Salil Shetty.

"Leaders around the world must stop biting their tongues and acting as if they can continue business as usual. They must bring pressure to bear on Turkish authorities to drop these spurious charges and to immediately and unconditionally release the rights defenders.”