Six political party met together, still they were not able to say LGBTI+ rights!

“Memorandum of Understanding on Reinforced Parliamentary System” was signed by the leaders of six opposition parties. Neither LGBTI+ rights took place in the 48-page text; nor the LGBTI+ organizations were invited to the ceremony. 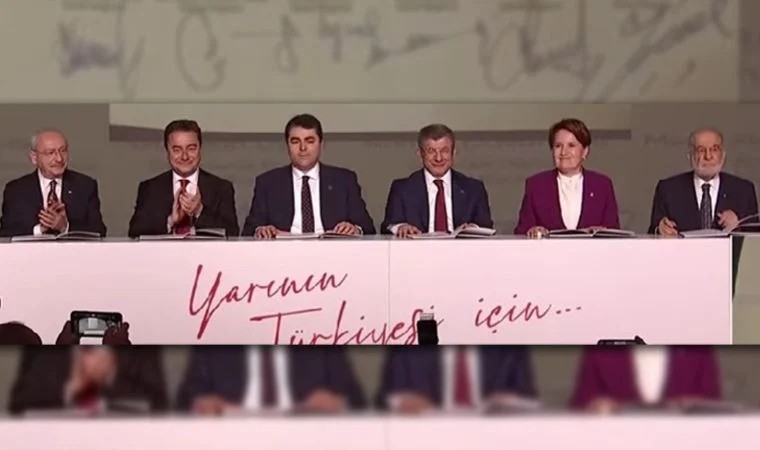 “One and all” are there, except LGBTI+ organizations!

Absence of expressions related to LGBTI+ rights, discrimination based on sexual orientation and gender identity and hate crimes in the comprehensive memorandum of understanding drew attention while it gives place to several promises like reduction of electoral threshold, rejection of decrees on matters pertaining to fundamental rights and freedoms, restriction of the authority to declare a state of emergency, cancellation of multiple bar associations and dissociation of The Council of Higher Education (YÖK).

While the section on the fundamental rights and freedoms contains “language, religion, ethnicity, race, gender, political or social ownership”, sexual orientation and gender identity were not mentioned. Seven topics were listed related to the fundamental rights and freedoms. LGBTI+ rights did not take place in the list. The topics in the memorandum of understanding are as follows:

·       Freedoms of Thought, Expression, Assembly and Demonstration and Organization

·       Freedom of Religion and Conscience

CHP had announced that they would have struggle against discrimination based on sexual orientation and gender identity in the proclamation for 2015 elections. Kemal Kılıçdaroğlu had also told that “the laws and the regulations would be carried out in a way which prevent people from being a disadvantaged” while the studies on the memorandum of understanding going on. However discrimination based on sexual orientation and gender identity discrimination did not take place in the memorandum of understanding which was announced only two months after this promise.