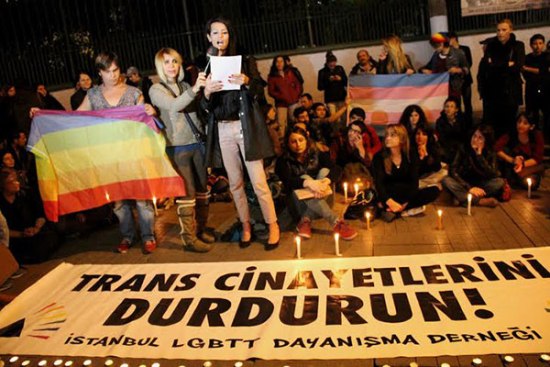 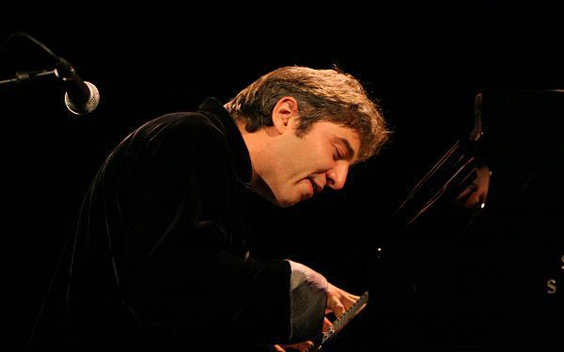 To convey this idea through a particularly provocative example, a speech that targets religion in Turkey (the way Fazıl Say’s did) should be protected, for it is hardly likely to lead to a crime against the overwhelming, pious majority, while speech inciting hatred against, say, the LGBTI people, who are but tiny and vulnerable minorities, should perhaps be criminalized. As for hate crimes that are physically manifest, clearly all should be punished with the added weight, be it against religion, gender, or sexual orientation.
What in effect happens in Turkey, on the other hand, is the exact opposite: you shouldn’t hurt religious feelings of people (which means the Muslim majority, not the Christians or Jews), it is a no-go area, but these extremely sensitive people should never feel restrained themselves in expressing their religious zeal against, say, gay people.
An anti-hate crime law has been promised by the Turkish government as part of the recent “democratising package” (declared on September 30, 2013), as the government must find it increasingly more embarrassing that Turkey is one of the few states in the 47-member Council of Europe without anti-hate legislation, never mind the fact that Turkey is also under obligation to introduce the very same measure by international law.
The latest news on this forthcoming legislation does not; however, seem to be all that encouraging. The draft law that has been submitted to the Cabinet of Ministers, which will later end up in the parliament, has inexplicably left out of the crimes designated as “hate crimes” those that are motivated by bias against a specific sexual orientation, ethnic identity, and nationality. (A behind-the-scenes account of the turn of events leading to the draft legislation is here.)
What is the new law going to protect then? Possibly religious values, which are already protected – indeed, more jealously protected perhaps than they actually should.
Hate crime as a term was first used by the OSCE at the 2003 Ministerial Council Meeting in Maastricht. This organisation has since brought the member states (totalling 57 with Turkey) to undertake a set of commitments towards an efficient control of hate crimes, from legislation to measures towards encouraging victims to report crimes, from psychological counselling of the victims to the training of public employees interacting with the victims. (See, in particular, the decisions adopted at the Ministerial Council in Athens, in 2009.)
Although Turkey has had no law on hate crimes, not ever; according to the most recent report by the OSCE in 2011, possibly communicated to the organization by Turkey itself, Turkey is busy combating hate crimes via such punishable offences as “incitement to hatred” and “discrimination.” Turkey, the report indicates, sentenced 242 cases in 2009; 297 in 2010; and 17 in 2011 (628 still being prosecuted for the year).
Yes, so many criminal convictions in Turkey, punishing hate crimes!
Yet, in the same report, when you look at the statistics about the incidents recorded by the police; miraculously, Turkey seems to have had no incidents! Zilch.
For a comparison, in the same report, Sweden has 5493 incidents communicated to the police only for the year 2011. This number is 5139 in Sweden for the year 2010. Yet, again, miraculously, out of thousands of police cases in Sweden in 2010, there is not one single conviction. Which, I suppose, means that minorities in Sweden are complaint-happy when it comes to hate crimes: they go right to the police, even if they are only slightly bothered, and whatever they state there as a complaint is taken down and processed.
While in Turkey, there is zero incident reported to the police in the same year (2010), but there are 297 court sentences!
What does that mean? This possibly means that, in Turkey, either (a) minorities find the entire thing insignificant and do not go and report to the police hate crimes and discriminatory treatment they experience from time to time, or (b) minorities are far from being encouraged to report such crimes, or perhaps, just the other way around, they are somehow frightened to report, so they do not go to the police; or, finally, (c) as the case may be, people do go to the police, but such complaints simply fall on deaf ears. (On hate crimes in Turkey more on the factual side, see this.)
But what about those 297 sentences delivered by Turkish courts in 2010 alone? All of these cases seem to have been initiated by public prosecutors in Turkey in the absence of complaints by private persons made to the police. These, in other words, are not sentences protecting some concrete victims of hate and discrimination, such as a Kurd blatantly disfavoured by a state agency, an insulted Jew, or a harassed gay person. 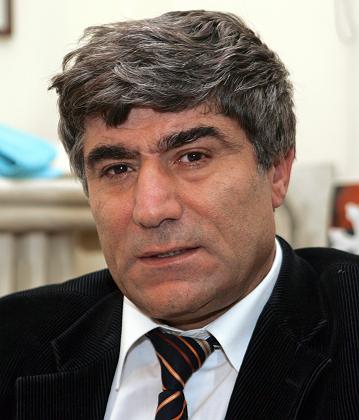 So what are these sentences protecting? All or at least most of them are probably protecting the Turkish sate against political dissenters, such as the Kurdish political opposition, or perhaps against someone like Hrant Dink, the Turkish-Armenian journalist who was assassinated following a court sentence in which he was claimed to have insulted Turks.