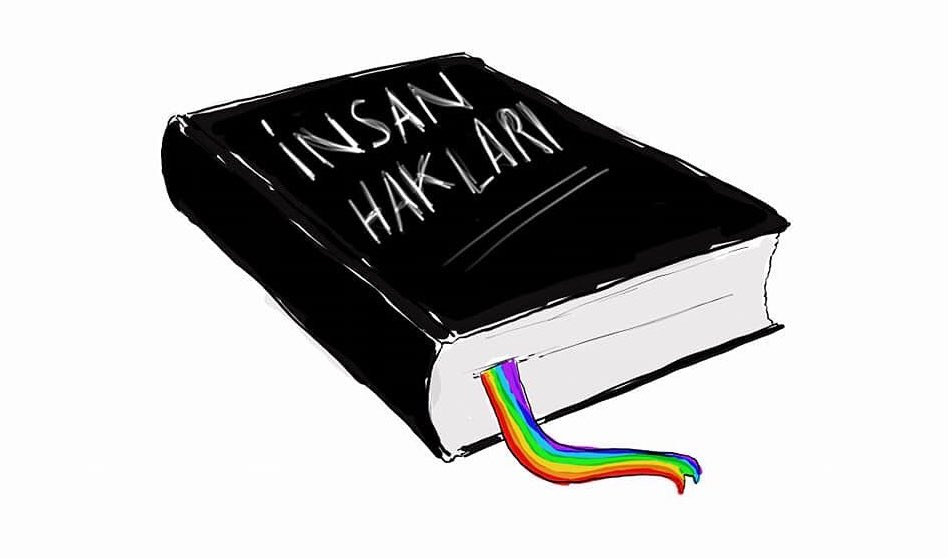 The whole statement is as follows:

We witnessed that a statement of intent called the human rights reform action plan, which is said to have been prepared for a long time, was made public by the Presidency on March 2, 2021. It is not possible to call it reform in many respects, from the preparation process of this package to the human rights situation of the period it was announced; from its content to its goals. Its content does not aim at reform in the field of human rights.

* Enacting The Law on Preventing Financing of Proliferation of Weapons of Mass Destruction, which almost abolishes the freedom of association of the civil society; drowning the civil society in the barrage of audits that did not meet any public needs and shutting down the LGBTI+ Studies Club illegally while drafting the articles of the package on the freedom of association;

* Suppressing peaceful meetings and demonstrations by violence, as seen in the process of Boğaziçi University activities, while writing the lines on strengthening freedom of expression; including the definition of "hate speech" in the package, albeit abstracted from its essence, while raiding houses that has rainbow flags and characterizing LGBTI+ as perverts in traditional and social media by ministers and governors;

* Detaining people by ill-treatment, subjecting them to strip-searches, not addressing the so called "reparative therapy" torture sessions while writing that the policy of zero tolerance to torture and ill-treatment will continue are just a few of the reasons that show why this package is far from convincing.

While LGBTI +'s experience all these, there is no reform, improvement or a step to protect fundamental rights and freedoms of the LGBTI+' s in the reform action plan. Let alone protecting the human rights of LGBTI+'s, there is no possibility of ending the systematic violation of LGBTI+'s access to human rights with this reform plan. The plan, which does not include LGBTI+'s, was prepared in a discriminatory way from the very beginning.

The fact that the aim of this package is not to meet the demands arising from the domestic population to overcome the human rights crisis in Turkey, but to repair relations with the European Union and the Council of Europe, reveals fundamental problems in its philosophy.

LGBTI+ rights organizations were not included in the process

In addition to the deficiencies of content, associations working in the field of LGBTI+ rights were not included in the formulation process of this reform action plan, the process was not carried out transparently, and associations working in the field of LGBTI+ rights became aware of the package content after the public announcement. Indeed, Article 6 of the package titled "Stakeholder Engagement" is a confession of this. Many of the public institutions of Turkey, including the high judiciary and the ministries, are the main stakeholders in the preparatory process of the package while being the primary responsibles of the current human rights crisis in Turkey. In the meanwhile, the civil society that strives for the enactment of universal human rights standards in Turkey, has been accepted as a stakeholder once in the five workshops and once in the twenty-five meetings that had been held. It is not stated in the package or press release who the civil society participants are, what they demand and to what extent their demands are met. Associations working in the field of LGBTI+ rights were not included in the civil society that is said to participate in the process. A reform package can only meet the expectations of civil society to overcome the human rights crisis in an environment where these expectations can be expressed freely and freedom of expression can be used without the intervention of the state.

We demand the protection of the human rights of LGBTI+’s, not “Etc.”

Putting the expression "etc." next to the "Language, religion, race, color, gender, political thought, philosophical belief, sect" which are listed for the forms of discrimination, is not sufficient to include LGBTI+'s. To see that the claim of expression "etc." covers LGBTI+'s does not reflect the truth in any way, all that is needed is to look at Turkey's Human Rights and Equality Authority (TİHEK). TİHEK, which started its discriminative practices even before it was established by excluding sexual orientation and gender identity in the list of discrimination forms, has turned into an institution that does not only ignore the human rights of LGBTI+'s but actually violates these rights with its practices, statements and activities. TİHEK's rejection of the application of trans women regarding the discrimination they were subjected to, on the grounds that "it is not included in the discrimination forms" and targeting LGBTI+'s and their rights in the activities it organizes; provides guidance on what the expression "etc" in the reform action plan will mean in practice.

In the plan, targets related to legal predictability in the works and transactions of the administration are listed. Today, many governorships in Turkey are issuing bans against pride marches, despite the court decision to cancel the previous bans. The reform document does not say anything about the administration's failure to comply with court decisions or the re-issue of ban orders of the same nature after these verdicts.

* While the reform action plan excludes LGBTI+'s; the existence of LGBTI+'s is being criminalized, hate speech is being produced and encouraged by the state. Even the expression “prideless faggot”, which is one of the most vulgar forms of hate speech, is described as freedom of expression by prosecutors, and media organizations that spread hate speech are financially supported by the Press Advertisement Agency of the state.

* While TPC article 122 penalizes discrimination, discrimination against LGBTI+'s is almost tolerated by saying “sexual orientation, gender identity or characteristics are not included in the law”. For this reason, LGBTI+'s has once again witnessed that their fundamental rights are trivialized and devalued as well as their existence by the "etc.".

* We have entered into a new era in sense of LGBTI+ rights with the ban against the Istanbul LGBTI+ Pride March in 2015, the police attack and then the incitement of hatred against LGBTI+'s by politicians which turned into a call to massacre, a group calling themselves the Young Islamic Defense putting posters that calls for the murder of LGBTI+'s on the streets of Ankara, ISIS threats against Kaos GL in 2916, banning the March Against Homophobia and Transphobia in Ankara; ban of Istanbul Pride March once again, increasing hate attacks and murders, smear campaigns against LGBTI+'s that became systematical by the efforts media and politicians in Turkey.

* The fact that LGBTI+ enmity turned into Government policy in 2017, became official with the indefinite ban of LGBTI + activities throughout Ankara, by the order of the Ankara Governorate.

* Pride marches have been banned in Izmir, Antalya and Mersin for the same reasons in different years since 2015. All these examples are a clear indication of the systematic violation of LGBTI+'s freedom of association.

* According to our Human Rights Of LGBTI+ People In Turkey 2019 Report, discriminatory practices are also reflected in public policies. There is an increase in violations of the ban of torture and ill-treatment and the freedom of expression, right to liberty and security.

* Our Homophobia and Transphobia Based Hate Crimes 2019 Report reveals that most of the hate crimes are taking place in the form of lynching.

* Results of our 2020 report on the situation of LGBTI+ employees in the private and the public sector emphasize that LGBTI+ employees face discrimination, exclusion, humiliation, gossip and hate speech, and cannot seek their rights due to fear of losing their jobs and paying heavier costs.

* Our 2020 Media Monitoring Report shows that the rates of hate speech and discriminatory language in the media are on the rise, LGBTI+ enmity in the media goes hand in hand with politics and organized hate campaigns targeting LGBTI+ associations are rising.

Not a human rights action plan, but a declaration that violations of rights will continue!

As we have stated, this plan is not a human rights action plan, but a declaration indicating that the ongoing violations of rights will continue. This declaration does not meet the demands of civil society and fails to reveal its timetable even in its current inadequate state.