Statement from Network for Struggle Against Violence about the experiences at Diyarbakır Newroz: “Newroz is all ours!”

Network for Struggle Against Violence made a press statement about the violation of rights directed to women and LGBTI+s at Diyarbakır Newroz. 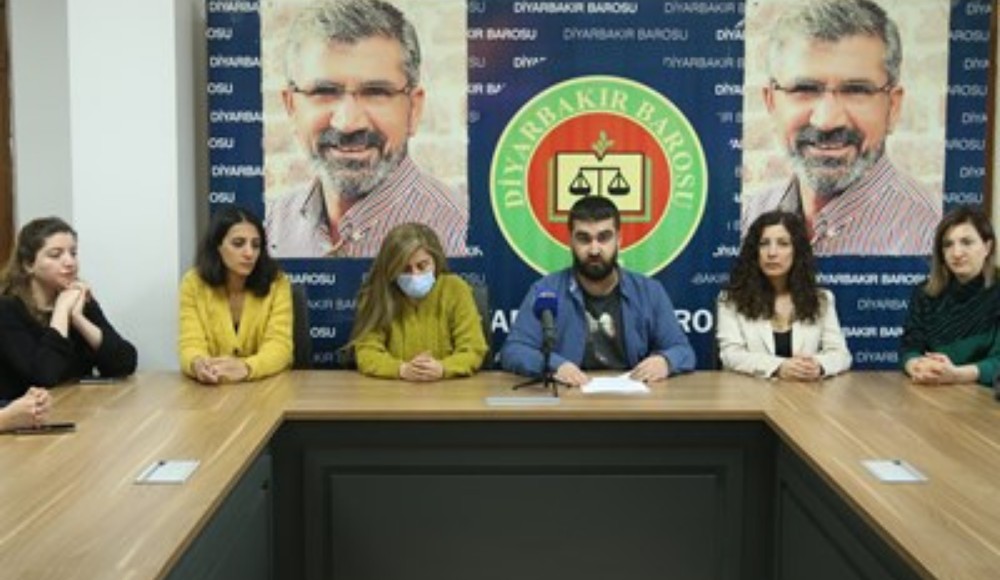 Network for Struggle Against Violence made a statement about the experiences of LGBTI+s at Newroz celebrations in Diyarbakır on March 21 in 2022.

The attacks against LGBTI+s are also mentioned within the context of the statement made, beside the discrimination they were exposed to by the police during the entrance to the Newroz area.

Remarking that they would struggle against violence, women and LGBTI+s are exposed to, and be a close follower of the course of proceeding, Network for Struggle Against Violence urged all the institutions to be up against violence and give battle against it all together.

The whole text of the statement is as follows:

"Dear press laborers; we wish that Newroz, which was celebrated effusively by hundreds of thousands, lead or contribute to peace and freedom and we wish all people, particularly Kurdish people, a happy Newroz.

On March 21, 2022 the people, who wanted to enter the Newroz area in order to experience Newroz enthusiasm, were exposed to disproportionate use of search by the police and they were forced to wait for hours to be able to enter the area. Women were exposed to search in detail by the police at the search point, and most of them were not allowed in due to their national costumes. We observe this kind of discriminatory and arbitrary practices by the police against women at the protests organized and attended by women like March 8 International Women’s Day, November 25 International Day for the Elimination of Violence against Women systematically, so it is not possible to consider the illegal practices as an isolated incident. Moreover the police attack people, who try to enter the Newroz area, with rubber bullet, tear gas and water cannon after the practices that caused a stampede. There was a stampede once again during these intervenes and some people were injured. Following the disproportionate use of force by the police, at least 298 people, including 74 children, were taken into custody arbitrary.

As a result of the illegal treatments of the police, right to assembly and demonstration, and right to freedom and security of people were violated, women and LGBTI+s were exposed to discrimination while they were entering the area.

Illegal treatments and attacks against LGBTI+s went on at the Newroz area after the ill-treatments experienced during the entrance. On March 21, 2022, LGBTI+s were attacked and their rainbow flags were tried to be burned by a group of people with a knife, after LGBTI+s had entered in the Newroz area with their banners, rainbow and trans flags as usual. A few people were subjected to a lynch attempt as a result of the ongoing hate attack. Having been threaten with knife and burning, LGBTI+s had to leave the area. All these experiences indicated that hate attacks against LGBTI+s occurred in 2019 and 2021, increasingly go on in 2022.

We are aware that all institutions in city have to struggle shoulder to shoulder in order to eliminate hate attacks and discrimination against LGBTI+s. We have once again experienced that it is essential to make extensive provisions against the attacks targeting LGBTI+s who are subjected to heteropatriarchal political violence, by coordination committees in the protests or actions in order to avert these kind of assaults

We are going to maintain our struggle against ill treatments targeting women and LGBTI+s at the search points, illegal treatments of the police and hate attacks, and we are going to follow up the process closely.”

NEWROZ PİROZ BE / HAPPY NEWROZ NEWROZ IS ALL OURS!