Süleyman Soylu said "LGBT is perversion" on the live broadcast

Minister of Interior Süleyman Soylu, who committed hate speech by saying “LGBT perverts” and whose tweets were restricted, also said “LGBT is perversion. Are there things like LGBT in our past? Is there something that we do not know? These are things that happen in the West," in a live broadcast. 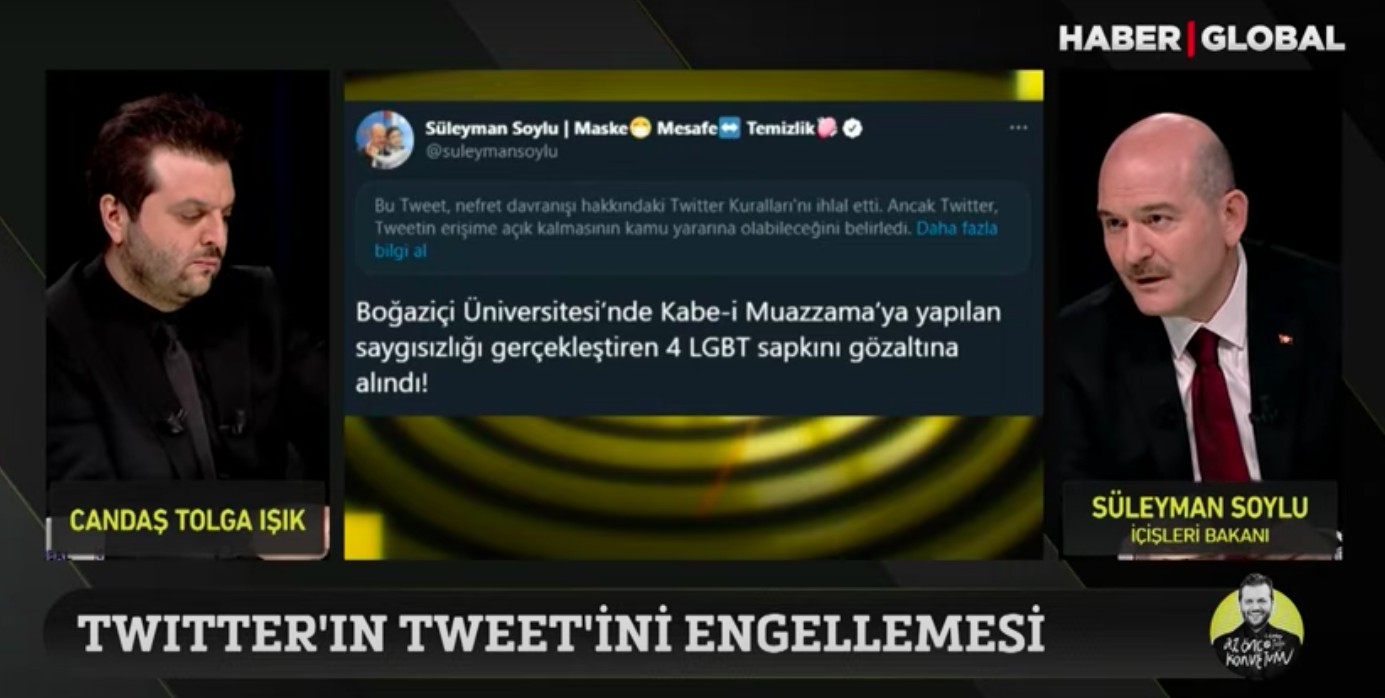 After getting restricted by Twitter twice due to committing hate speech by saying "LGBT perverts" and showing LGBTI+'s as target, Minister of Interior Süleyman Soylu said, "LGBT is a perversion" this time on a live broadcast on Haber Global television channel.

Soylu answered the questions of journalist Candaş Tolga Işık and claimed that there is no LGBTI+ in Turkey, “Was there such a thing as LGBT in this land? It could be in Europe. This is a trend of Europe and the USA that is being tried to be propagated in Turkey.

Soylu also said, “This thing called LGBT is presented to us by the West, which does not comply with our values or with these lands. We are the children of this land. Are there things like LGBT in our past? Is there something like this that we do not know? Maybe there are individuals with such tendencies. But can we talk about the socialization of this? The socialization of this will destroy our moral values ​​and family structure.” and he continued his hate speech by saying “LGBT is perversion”.

“This LGBT thing is something that is being propagated to us from Europe and the USA. This thing can brake our family structure. It is supported by external forces in order to divide Turkey."