Muhammed Wisam Sankari was a gay Syrian refugee. He had arrived in Istanbul a year ago. He was threatened, kidnapped, raped. Last week he was found dead in Yenikapi. 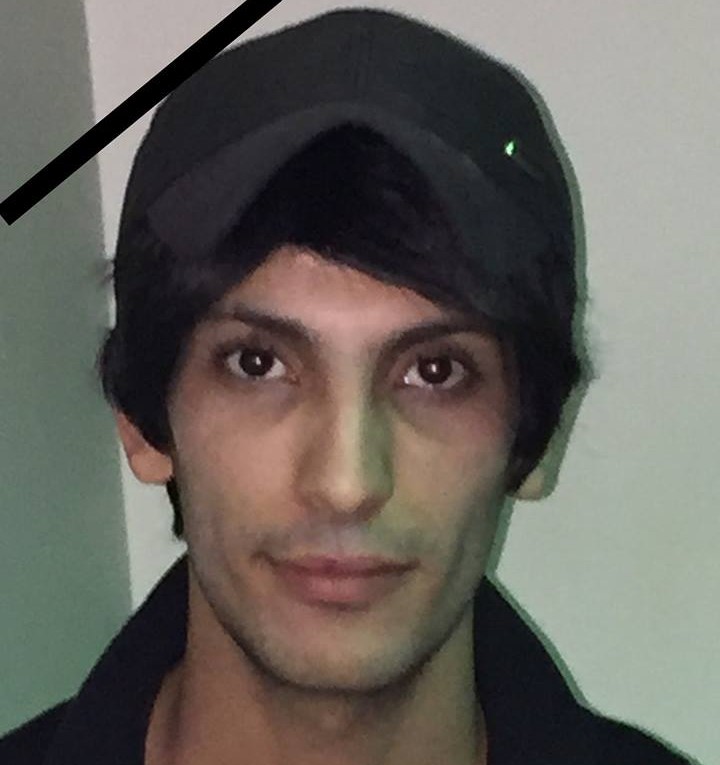 Muhammed Wisam Sankari was a gay Syrian refugee. He had arrived in Istanbul a year ago. He was threatened, kidnapped, raped. Last week he was found dead in Yenikapi and was stabbed multiple times. Wisam’s friends identified him by his pants.

Syrian gay refugee Muhammed Wisam Sankari left his house in Aksaray on the night of 23 July. He was found dead in Yenikapi on 25 July. He was beheaded and his body mutilated beyond identification. Wisam’s killers have not been caught. Wisam, who was previously threatened, kidnapped by a crowded group of men, and raped, was trying to go to another country as a refugee because his life was in danger. After the murder, we listened to Wisam’s housemates Rayan, Diya and Gorkem tell us about what Wisam went through, what it is like to be an LGBTI refugee in Turkey, and the problems refugees face. They spoke to KaosGL.org about the murder that was so clearly in the making, how the authorities did not take any preventive measures, and their anxieties about “who is next”.

“We complained to the Police HQ, they did not do anything”

Rayan, who has known Wisam for a year, says “He was feeling very insecure recently. When we asked him, he would not tell us much” and explains that Wisam had been threatened and kidnapped before. He said they had difficulties even walking on the streets of Aksaray where they lived and where crowded male groups wielding knives had threatened them several times, saying they wanted to rape them. According to Rayan, Wisam experienced the following:

“We were staying in a different house before and we had to leave that house just because we are gay. People around would constantly stare at us. We did not do anything immoral? About five months ago, a group kidnapped Wisam in Fatih. They took him to a forest, beat him and raped him. They were going to kill him but Wisam saved himself by jumping at the road. We complained to the Police Headquarters but nothing happened.”

“We identified him from his pants”

Gorkem is also Wisam’s friend and he was among the people who went to identify the body after Wisam was killed. Gorkem tells the story of Wisam’s disappearance and the news of his death in tears:

“That night Wisam left the house. We were already anxious because of the threats. We told him not to go but he said he was going out for 15-20 minutes. He didn’t come home all night. The next day, we panicked when we couldn’t reach him. We went to the Association for Solidarity with Asylum Seekers and Migrants (ASAM). They directed us to Fatih Police Headquarters. We did not even know how to get there or what to say.

“On Sunday police called us. We went to Yenikapi with Rayan. They had cut Wisam violently. So violent that two knives had broken inside him. They had beheaded him. His upped body was beyond recognition, his internal organ were out. We could identify our friend from his pants.”

Diya says they live in fear and with the thought of “who is next” following Wisam’s death and says they are afraid to go out on the street:

“I am so scared. I feel like everyone is staring at me on the street. I was kidnapped twice before. They let me go in Cerkezkoy and I barely got home one time. I went to the UN for my identification but they did not even respond to that. No one cares about us. They just talk. I get threats over the phone. I speak calmly so something does not happen. It does not matter if you are Syrian or Turkish, if you are gay you are everyone’s target. They want sex from you and when you don’t they just tag along. I don’t have identification, who would protect me? Who is next?”

Rayan criticizes ASAM and the United Nations. “What’s the use of them doing anything after Wisam is killed? Our friend is dead,” and adds:

“ASAM and the UN don’t do anything for us. We can only protect ourselves. We stay together to protect ourselves. We cannot get any information or answers. Just talk… ASAM called us after Wisam’s death. After his death… What’s the point? A very pure and good person is gone from this world.”