“the cracking patterns of being a family”: Interview with Asya Leman

The inspiration here comes from the power of the LGBTI+ movement in Turkey to transform the obstacles standing on its way. 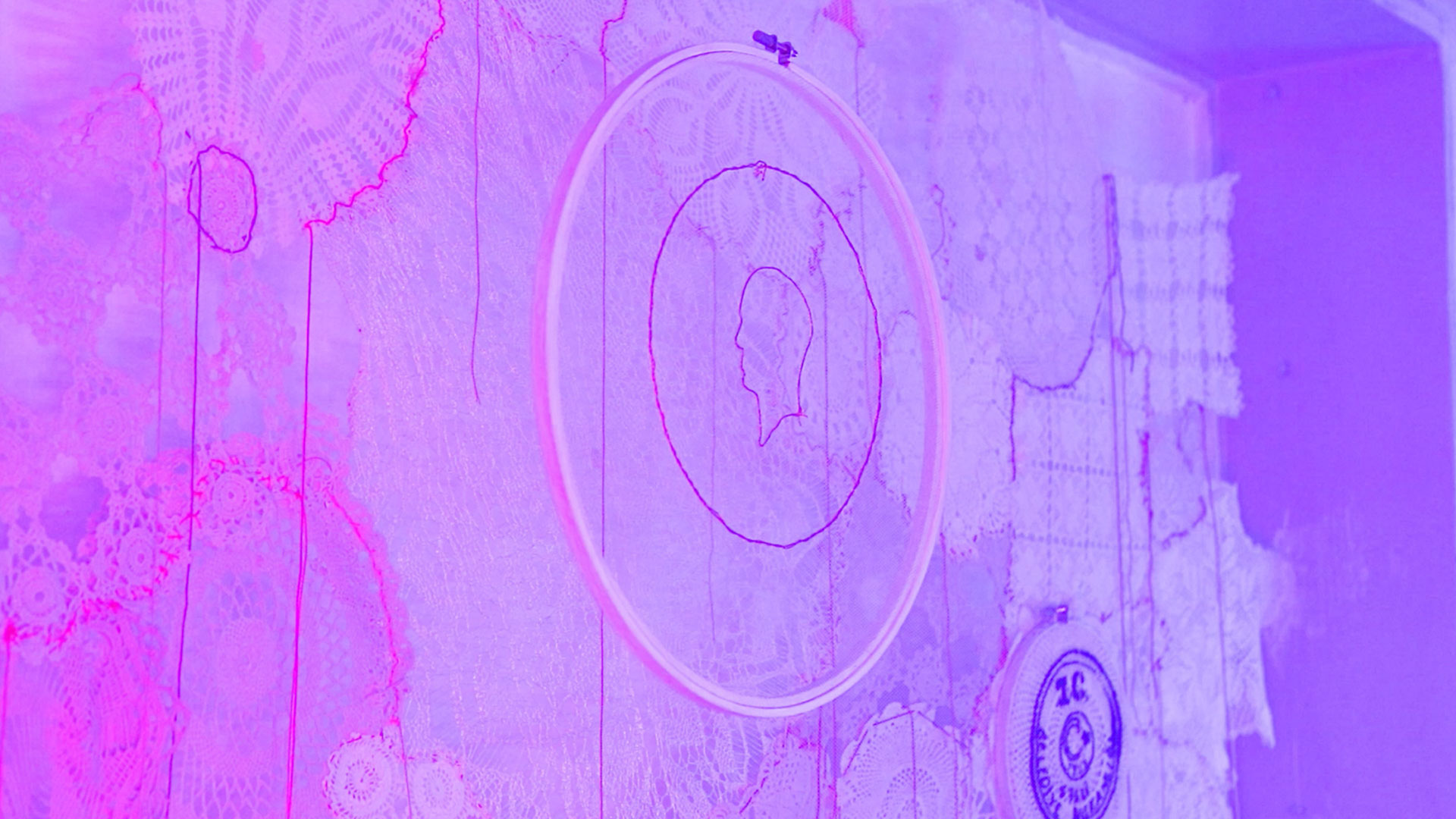 Gözde İlkin’s interview with Asya Leman, one of the artists from Ankara Queer Art Program:

“Aile Cüzdanı began to take shape in my private space, in the first weeks of the pandemic, when I dived into my personal archives and it was to me in a way a witch's rite. I found myself left alone with burdening official documents that I did not or could not throw away and could not treat them as garbage since they included so much personal information, so I was trying to find out what to do with this stack of papers. The acts of cutting and extracting intended to render these documents unrecognizable, when merging with embroidering, combining, multiplying, evolved into an effort to feminize the whole patriarchal mechanism - in which the most obvious thing to me was the lifeless and monotonous style of the bureaucracy. Here, we can understand "feminization" as twisting the language deemed by power to be "so warm as not befitting a man", and not taking it seriously. The inspiration here comes from the power of the LGBTI+ movement  in Turkey to transform the obstacles standing on its way. A firm but sarcastic stand in resistance practices such as dispersing into various parts of the city to read manifestos when the police say "Disperse!",  responding "we are fags, so what” when the society says you are faggots, or saying oneself “now that the state doesn't allow us to march and forces us to run to escape the police on the chase, then let's create our own sports field and organize events such as queer olympix.” All known as "gullüm".”