The doctor that said “He is advertising his butt” got acquitted, the verdict will be appealed

The court decided to acquit the doctor who shared his patient's information on social media saying “There is no limit in f*ggotry". During his defense, the doctor said "Transvestites are strolling on the beaches, they can hurt me". The verdict will be appealed. 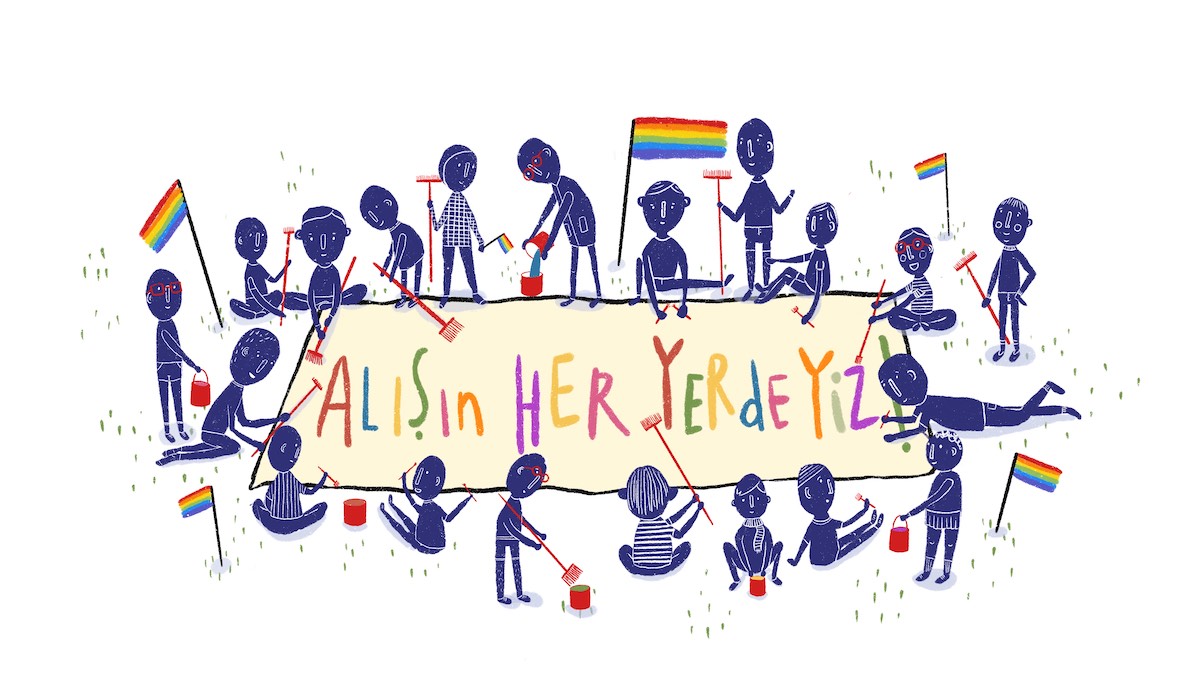 “Get used to it, we are everywhere”, Illustration: Gizem Karagöz, stock image for KaosGL.org

Working in Istanbul Maltepe State Hospital Urology Outpatient Clinic, Dr. N.K.Ö. acted discriminatively during the examination in July 2018. Later, he used homophobic expressions about his patient on social media such as "There is no limit in f*ggotry", "He is advertizing his butt" and shared his patient's information on social media.

Two years after the incident, a lawsuit was filed against the doctor. In the indictment prepared by the Istanbul Chief Public Prosecutor's Office, it was stated that the doctor responded negatively to the demands of his patient, "made speeches incompatible with the medical profession, and disclosed the information that he acquired professionally in the social media posts". The prosecution demanded that the homophobic doctor to be tried for abuse of office. A lawsuit was filed against the doctor.

Anatolian Istanbul 20th Criminal Court of First Instance announced its verdict in the second hearing of the case today. At the hearing, in which the doctor and his lawyer did not attend, the court decided to acquit the doctor for the allegation of “abuse of office”. The decision will be appealed.

In his defense at the first hearing of the case on November 24, 2020, the doctor claimed that his patient, who reacted to the discrimination, publicly targeted him. “Transvestites are strolling on the beaches. One of them could hurt me as a result of these campaigns ”, the doctor said.

Upon reacting to his discriminatory attitude, doctor N.K.Ö. filed a criminal complaint with the allegation of "insult" to the Istanbul Chief Public Prosecutor's Office. The prosecutor's office had examined the homophobic doctor's complaint and decided not to prosecute.

On the other hand, the Honorary Board of the Istanbul Medical Chamber also conducted an investigation. The chamber stated that the doctor has disclosed the medical information of his patient on social media and violated the ancient ethical rule of the medical profession and acted inappropriately. The chamber said that N.K.Ö.'s statements about his patient on social media, "There is no limit in f*ggotry", "He is advertising his butt", do not fall in line with professional ethics and manners and are defective behavior. As a result of the investigation, the Honorary Board decided that doctor N.K.Ö. would receive a warning penalty for his homophobic statements about his patient. N.K.Ö. was fined 945 TRY for sharing his patient's personal information on social media.

The attorney, who posted messages of hate speech on social media will be investigated

The discrimination and hatred that Cem was subjected to were not limited to the doctor. A lot of people made comments containing hate speech under N.K.Ö.'s hateful post that included Cem's personal data. One of those who made these comments was the Att. S.B.G., registered at the Istanbul Bar Association. S.B.G. used expressions such as "contradictory/irrelevant homos, fags, assholes", "let's put them back to their place".

Cem also filed a criminal complaint against the attorney. Thereupon, Att. S.B.G. sent his defense to the Anatolian Istanbul Chief Public Prosecutor's Office. Sharing the full text of his defense on his social media account, Att. Saygın B. G. continued his homophobia there as well. He claimed that homosexuals were a threat to the institution of family, using expressions such as "normalization of homosexuality and perverted sexual preferences". Despite these statements, the Attorney General's Office decided that there is no need for prosecution.

In response, Cem made an individual application to Constitutional Court, emphasized that the attorney has committed the crimes of insult, public incitement to commit a crime, discrimination and public incitement to hatred and enmity and that no effective investigation was carried out.