The extra of price hikes and economic crisis for LGBTI+s: Discrimination and extreme poverty

We have talked to experts about how the economic crisis affected LGBTI+s. Economic crisis make the vulnerable groups more defenseless. Time of crisis creates more times of crisis for LGBTI+s. 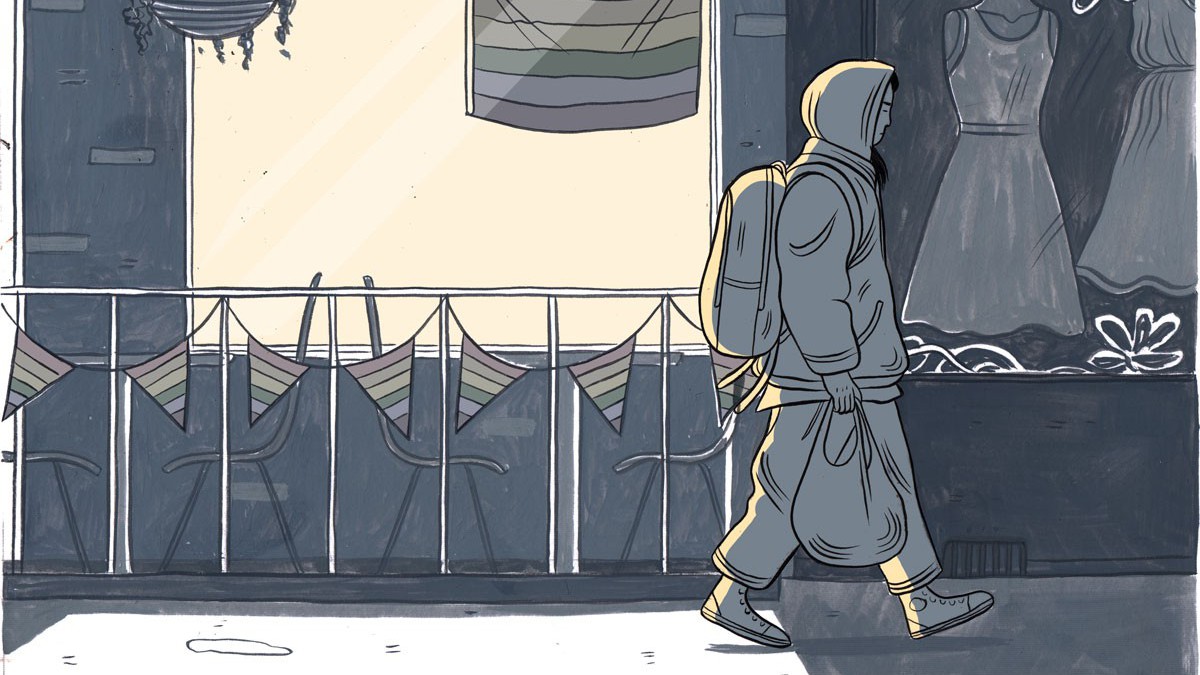 Economic crisis, prices hikes and inflation affect everyone. However, is everyone equally affected? The answer of this question is absolute “No” according to the experts. The crisis deepens the inequality. It makes the people, who have already no access to rights, more defenseless. And LGBTI+s are the leading group among these people.

Well then, how exactly does it affect? We had a talk with economists, researchers and social service experts about this question and the reflection of the economic crisis on the lives of LGBTI+s.

Each crisis is a redistribution

These sentences belong to Prof. Dr. Şemsa Özar, whom we applied to, for taking her opinions about the effects of the economic crisis on LGBTI+s. According to Özar, who is a name conjured with the feminist economy; the policy of the government to overcome the crisis places a premium on employers by making the year-end inflation extras in January 1 in order to keep the year-end inflation relatively low. Thus the wage increases of the salaried employees will be under real inflation. 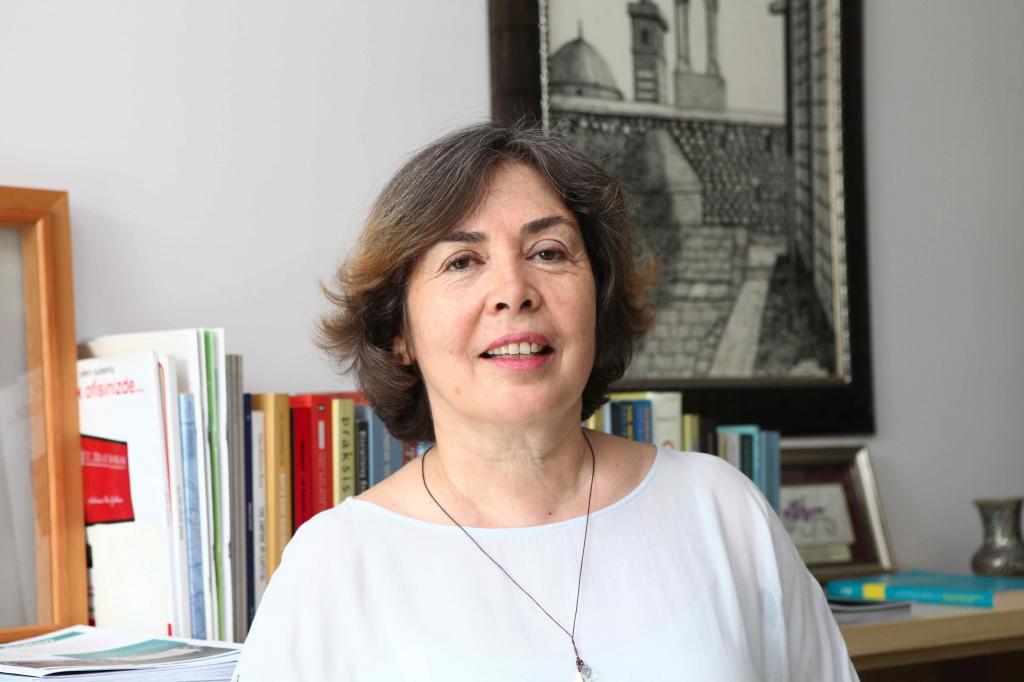 How does the economic policy, which is based on taking from poor and giving to riches in brief, relate to gender? Does poverty also have a sexual orientation and a gender identity? With respect to Özar, consulting the price hikes especially on care services and the materials related to care and considering the person who provides this service is crucial. Everything that cannot be bought from outside is practiced at home and it increases the burden of women. Özar says: “Our life is a far cry from men’s, we live in different places and desperately.” emphasizing the similar lives of men far and near. And she adds: “Experiencing different lives surely brings different alterations. Having variable roles according to the places, precisely helps us to understand how LGBTI+s were affected by the crisis.”

Well, what are these variable roles? Özar reminds that in case of not to be able to come out at the working places, LGBTI+s have to posture as someone they are not and they experience a different life at their homes, like night and day:

“Under these circumstances, it is not possible to transfer the experience and the knowledge to another place. While everyone can bond their experiences from different aspects of their life, LGBTI+s cannot transfer their experience in a gay club to the work, in the simplest term. Their life is falling apart and they become vulnerable at work. They drag into a position as if they came from another planet.” 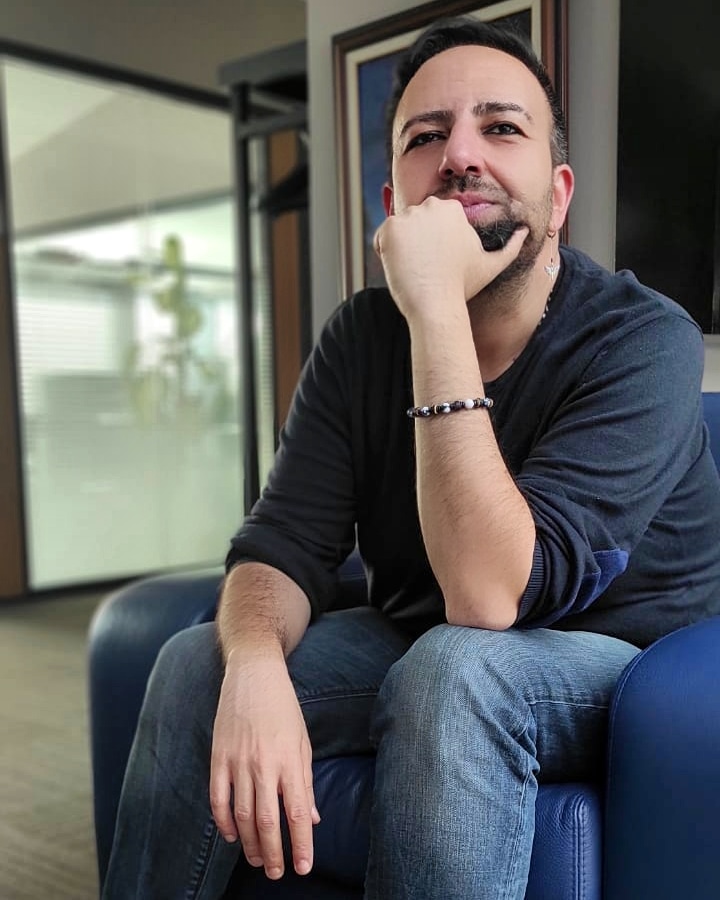 We talked to Remzi Altunpolat, a researcher from Kaos GL Union Working Group, how the economic crisis, which added to the current situation, affected to LGBTI+s:

“It is important to emphasize that the current economic crisis, experienced in Turkey nowadays, is actually intertwined with a health crisis, climate crisis, food crisis, energy crisis and surely the political crisis. In this sense it possible to say that we experience a structural, multidimensional and a systemic crisis today,” says Altunpolat and reminds us that the economic crisis strikes especially the most vulnerable groups in the society:

As mentioned by Özar and Altunpolat, the sole study, that regularly displays the vulnerable position of LGBTI+s at work in Turkey, is Kaos GL’s researches considering the LGBTI+ workers in the public and private sectors. The 2021 results of the research, which is done annually, show that LGBTI+s have to hide themselves at work.

According to the findings of the private sector research, in which 633 people participated, only 17 percent of LGBTI+s are able to come out at work. Even though LGBTI+s work in almost every working area, this social reality cannot be visible. Not being open at work is not limited to the recruitment process or the first period of working life. Most of the workplaces practice some rules and implementations that cause discrimination. LGBTİ+ employees are unable to seek their rights against discrimination due to fear of losing their jobs, the possibility to be left carrying the can, dismay of outings, the difficulties they may experience and so on.

What has changed / is changing with the economic crisis? Defne Güzel from Kaos GL Human Rights Program, answers this question: “LGBTI+s are not affected only by price hikes or economic crisis at workplaces. They are exposed to discrimination and violation of rights breaking the working life from the very beginning, that is to say from the recruitment process, and this discrimination goes on afterwards.” According to Güzel it is necessary to underline this issue in order to see the difficulties, experienced by LGBTI+s at working life, in a holistic view. 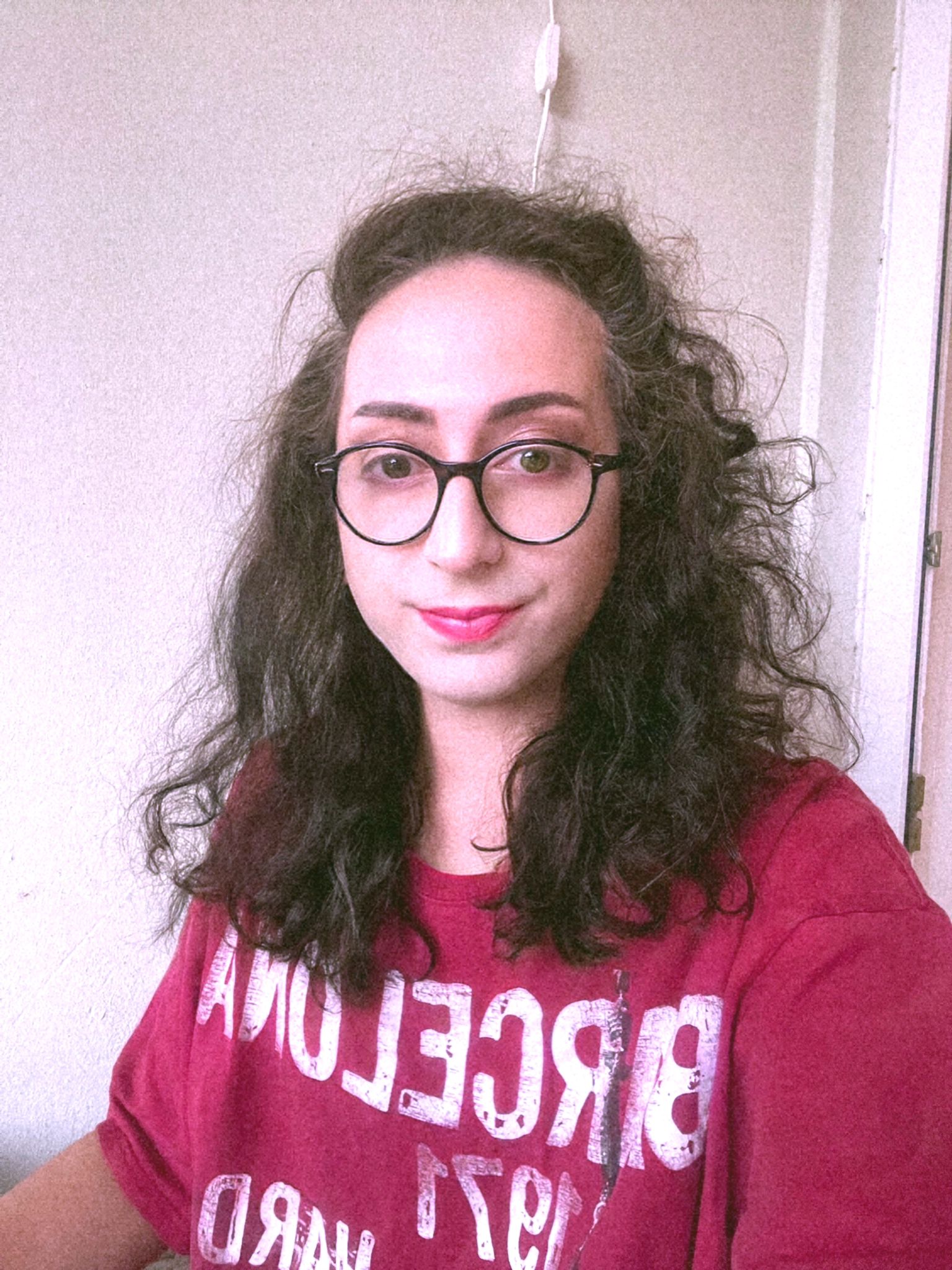 Reminding that the working life was built upon a mentality which is suitable to experience discrimination for LGBTI+s since the very beginning, Güzel evaluated the findings of the research: “LGBTI+s also indicated that they were not able to benefit from rights and opportunities like marriage leave, assignment of married couples because of being an LGBTI+ and exposed to discrimination for that reason alone, at the same research. Researches conducted at public and private sectors display that LGBTI+s do not benefit from same rights with everyone and they are prevented from being promoted for a variety of reasons. LGBTI+s also beware of ‘rivalry for promotion’ due to the fear of losing their jobs.”

How secure are the “secured jobs”, in actuality?

Altunpolat underlines that LGBTI+s are not a homogeneous group. He emphasizes that there are separations according to the position at the labor market, income status and the identity owned / adopted:

“Thus, it cannot be said that the economic crisis affected all LGBTI+s evenly. Perhaps it is not right to say a trans woman serving as sex worker at the informal labor market or a gay either a lesbian working under insecure conditions as precarious workers feel the effects of the economic crisis to the same extent as a gay/lesbian serving as a white collar worker. However it is necessary to approach the concept of ‘secured job’ here prudently. Forasmuch as, how secure are the ‘secured jobs’ in a cis-heteronormative system that is built upon precarity of LGBTI+s, for a gay, a lesbian or a bisexual in actuality? Economic crisis brings a ton of troubles like access to health, access to social service, access to food, sheltering, employment over, rather it deepens existing problems from the point of LGBTI+s, most of whom are condemned to precarious lives. To exemplify, being dismissed on account of the fact that economic crisis, for a gay – we have to keep in mind that most of the gays, lesbians or bisexuals are forced to hide their gender identity at works – means perhaps being forced to return to their family, to homeplace in order to survive, being deprived of the opportunities to maintain an independent social life without interfering their gender identity and it may even be equivalent to violence.”

“Public and private sector researches prove that LGBTI+s are forced to work for less wages despite their potential. LGBTI+s are primarily affected by the current economic crisis and price hikes, moreover they are the uppermost when it comes to expendability. Despite this fact, studies on the employment of LGBTI+s are rarely conducted.”

May 17 Association is one of the organizations that is able to monitor how economic crisis has affected the lives of LGBTI+s up to now. The Association, which provides psychosocial and legal support, works on multiple forms of discrimination like elderliness and HIV with the motto , "Not be deprived, not to be impoverished and not to be isolated..." Social service expert Rıza Yılmaz from the Association says: “Time of economic crisis creates more times of other crisis for LGBTI+s.” depending on the experiences gained from these areas. Yılmaz also adds that the fact is observed via consultancies:

“For instance, LGBTI+s who need financial support or who are looking for a job are increasing. We can directly observe this via the ever-increasing applications we receive. LGBTI+s are left holding the bag as a new trick, in a funny way. There is a group of people who truly believes that LGBTI+s are at the wheel of everything from earthquakes to economic crisis. Even the issues, which are completely a different ball of wax, are not only related to LGBTI+s but also are proposed an item for the agenda in company with LGBTI+-phobia. LGBTI+-phobia has become a simple tool for changing the agenda. As a result of this, most of LGBTI+s are affected negatively individualistically.” 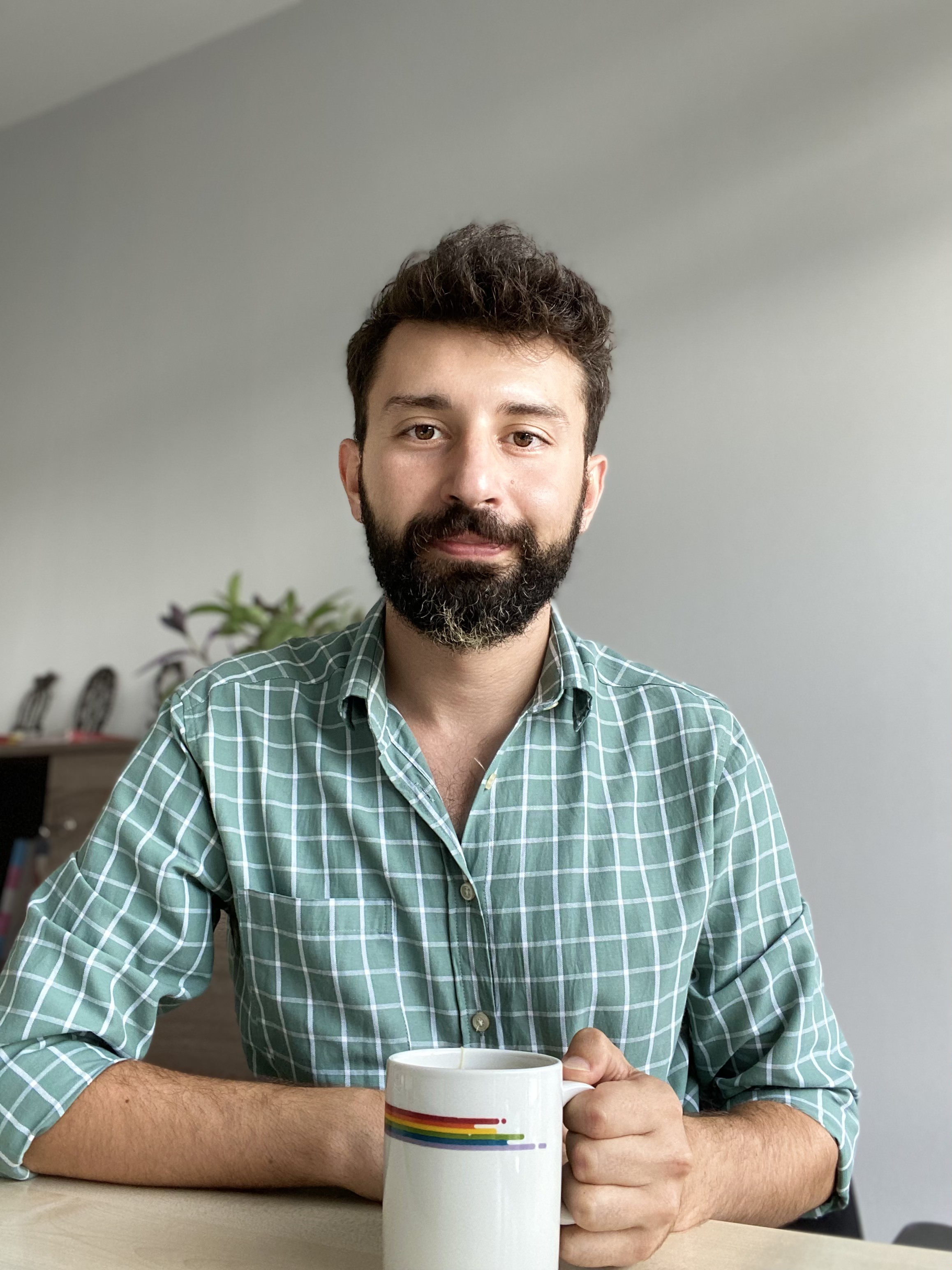 “Applications received about the issues that may be related to the economic crisis are increasing. They are not only about looking for a job or need to financial support.; the problems experienced at works, in the family or at hospitals are also increasing collaterally. Because all of them are interdependent. Economic crisis penetrates our lives not only financially, but also physically, psychologically, socially and so on. It is a multidimensional issue. Therefore, there are also indirect reflections, which affect a large part of our lives, of it besides the visible ones. I recognize this at the consultancy service as well. Even though they come for the support they need, the subject comes to the economic crisis, in one way or another, and to the other crisis created by economic crisis and agenda-setting in their own lives. The crisis creates new crisis and it is not always possible to find a way to cope with them.”

Altunpolat thinks that LGBTI+s are experiencing extreme poverty, in the light of these findings. Extreme poverty, which is a form of poverty caused by social exclusion and discrimination and which is characterized by severe deprivation of basic human needs including food, safe drinking water and so on, creates new risks at crisis:

“LGBTI+s, can undoubtedly be evaluated among the groups experiencing extreme poverty, by taking everything into consideration, not only level of income and technical index. LGBTI+s are already in the forefront of the groups who are exposed to social exclusion and discrimination also economically as in every aspect of public life and they are the indicators of a chronic structural inequality. Inasmuch as the obvious social exclusion and discrimination against LGBTI+s on the economic level, cause them not to access basic rights such as right to health, right to social security, right to housing. For LGBTI+s, who are currently experiencing inequalities in accessing basic rights, there is a high risk of not being able to meet basic needs such as sheltering in order to survive, as a result of economic crisis.”

*This article was prepared within the scope of the Strengthening Advocacy for Equal Rights Project supported by the European Union. This does not mean that the content of the article reflects the official view of the EU.