The Hospital’s Exam on Trans

The nurses on the 1st floor kept calling me Mr. Ali. On top of that they would warn the caregiver when he called me ‘Miss’ and would correct him as ‘Sir.’ 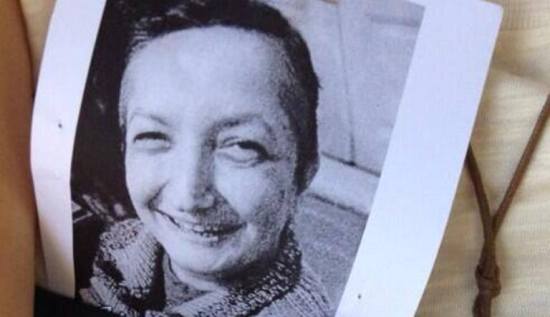 Voltrans Transmen Initiative founding member Ali Arıkan passed away on Wednesday night after battling cancer. Following is his article published on September 4, 2013 in kaosGL.org:
I have been in the hospital for about a month and a half now; my bowels do not function because of the pressure from cancerous cells in the peritoneum. I am getting chemo, they give me lots of drugs so that I can shit. I spent a month in a small room on the third floor with limited air; sleeping, feeling suffocated but I did not lose my mind. My friends did their best to make the room look like my room at home and to find distractions to help me pass time. Then my doctor took me to the 1st floor, which is where the oncology department is. When I was in a brighter and larger room, I felt better.
A “Trans Manners 101” course had to be given to people from various hierarchies on both floors. Fortunately I did not have to do it. Because of the efforts of my cousin Kemal, who has been thinking about getting me a blue identification card, and my friends, who are my family bound by love, the issues of my gender identity, how I expected to be treated, and how I should be addressed were explained. And the following dialogues and interventions took place:
One of the nurses addressed me as Ms. Ayşegül. Serap was with me. She reacted: “What is she saying? I guess she is new.” I told her the nurse was probably just confused. Half an hour later the nurse came back to the room “Mr. Ali, I am so sorry. I got confused because there is another name on your file and we keep on looking at that file. I did not do it with bad intentions.” I melted inside when she apologized to me.
Another day when another nurse addressed me as Ayşegül, İzlem intervened immediately and said: “His name is Ali, please address him as such.” The nurse stopped for a second and looked puzzled as to why I was supposed to be addressed that way, she said: “I said Ayşegül because that is what is written on the file.” 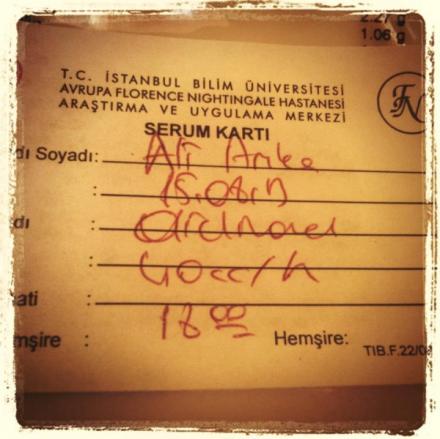 The nurses on the 1st floor kept calling me Mr. Ali. On top of that they would warn the caregiver when he called me “Miss” and would correct him as “Sir.”
Even though it was because of the warnings and interventions, the fact that everybody in the hospital called me Ali made me feel safe. Furthermore, though hospital employees would see everything while taking care of me, including my genitals, it was pleasing to see their perceptions of my gender identity (as female) transforming. Because this meant that people accepted my gender identity (as male). In other words, it was a palpable indication of people’s acceptance of the fact that I am a transsexual, a transgender and a trans man.
These were the anecdotes I experienced in the room or in the hallways. My family, bound to me by love, told their experiences as well. There were other nice things happening. One of the male nurses who was taking care of me on the 3rd floor made me feel his love by telling one of my companions to “Say hello to Mr. Ali.” The same nurse came to visit me as well.
Every single person who came to visit for the first time, mentioned that the nurses were asking “Are you here for Mr. Ali?” I was famous in the hospital. A woman thought I was an artist and Ulaş could not convince him otherwise when he told her, ”Yes he is! He is our celebrity.” I was thought of as someone so famous that I did not want to be on the papers. This made us laugh.
The interventions were not only about gender identity. The large number of companions and visitors I had were surprising to the other patients, their companions, and the hospital employees and it made them smile. They could not make sense of it. Because we were different from the usual patient or companion type they normally encounter.
Other patients who were staying at the hospital generally have one or two members of their families who are bound by blood as companions. These companions mostly felt obligated to take care of the patients. The story below is why I think this way.
My companion Ulaş went outside when someone came to clean my room. He started to chat with another patient’s companion. The woman was talking about this and that and brought the conversation to the topic of marriage. Ulaş, who is also a trans man like me, said, “I am not married and I do not think about getting married.” She said: “You have to get married. You are young now. But what about when you get old, when you get sick, who will take care of you?” Then my friend stood up and said “Don’t worry. There will be people with me.” When he was walking away she was still shouting, “Think about it again, you should get married.”
During my hospital stay, I heard several different opinions from hospital employees and patient relatives: Many of them said that they did not have this many friends or they did not trust the ones they had and that they did not believe their friends would take care of them when they get sick. I think the reason for everyone’s surprise and admiration exemplified by words like, “you are loved so much, you have so many friends” is because of an established belief. This belief is “Everybody has a family. And when they get sick, those family members take care of the one who is old and sick.” In fact they believe that they must take care of them.
In fact, the notion of the family can be filled in many different ways. You do not necessarily have to be bound by a blood relation. It can be formed with people from different social unities. And within a defined time and if willing, the needs of this chosen family’s members can be fulfilled without getting tired, without getting fed up or without feeling resentful.
Translation:  LGBTI News Turkey
Photo: Tuğba Tekerek