The LGBTI+ hostility of İstanbul Police Department has no limit; neither lawyers are regarded nor the law works!

“The law reverses when it comes to LGBTİ+s. LGBTİ+ activists, whose security of life is in danger, are taken into custody as suspects. There is no legal sanction against perpetrators.” 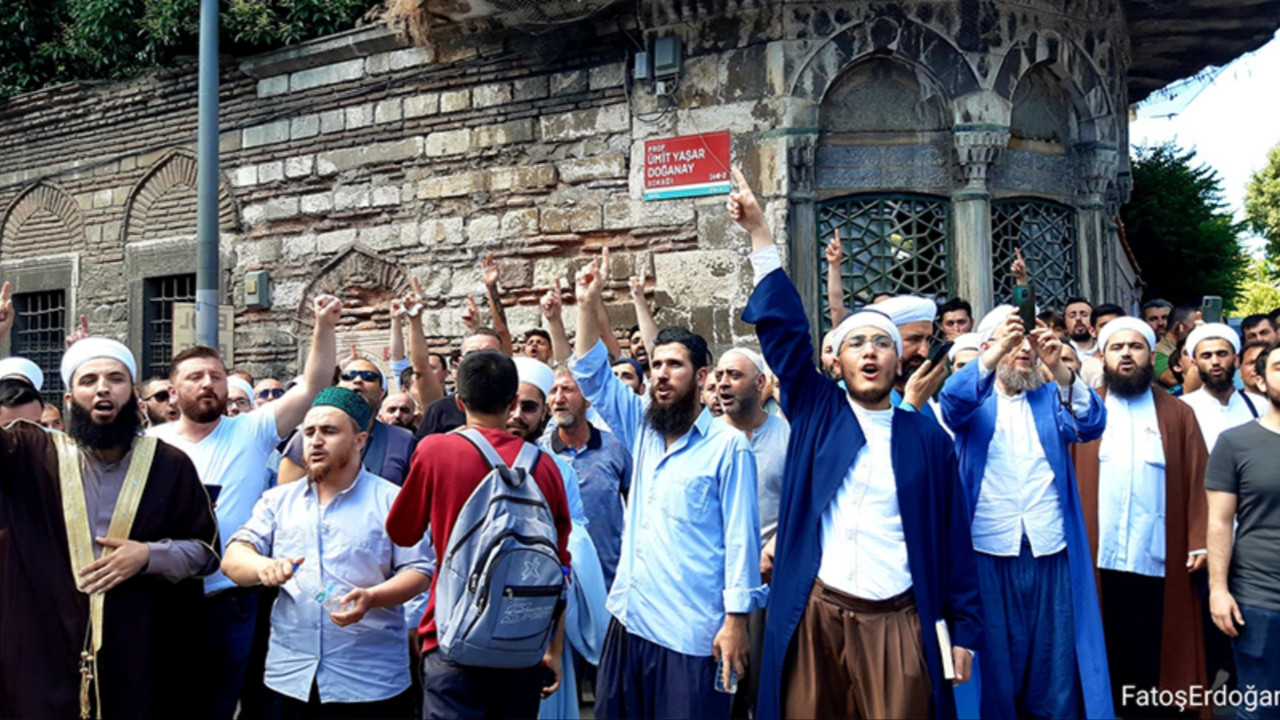 The incidents of the police, who are connected to the İstanbul Police Department, where is usually brought to agenda with torture and ill-treatment against LGBTI+s, do not come to an end. The picnic organization which is planned to be held in İstanbul University was the last event in which the LGBTI+ hostility of the police was experienced.

The picnic organization, which would have been held by İstanbul University Equality Society as a part of Pride, was blocked by a religious group of people by chanting “Allah-u Ekber” (God is the greatest). This group has been threatening LGBTİ+s via social media accounts for a week. And today, following the friday prayer, about two hundred religious people gathered around the university and started to shout by “Allah-u Ekber” and threaten students. Anti LGBTI+ group chanted slogans as “We don’t want anomaly in our country.” And “Beyazıt wake up and oppose anomaly.” The group created a tension around the university for a long period of time.

The police cordoned LGBTİ+s, who were there for the picnic, off, while they didn’t interfere in the attackers from Ülkücü Gençlik (Gray Wolves), Ak Gençlik (Ak Youth Branches from Justice and Development Party) and Anatolian Youth Association in any way. The police took 26 LGBTİ+s to the police vehicles under color of protection. Then suddenly they took LGBTİ+s into custody with rear-handcuffing. The detainees were brought to İstanbul Police Department in Vatan Street.

Discriminatory behavior of the police also directed to the lawyers in the police department. Referring as “so-called pride picnic” to Pride Picnic in the crime scene reports, the police tried to prevent the communication between attorneys and clients.

“A step further would have been Madımak[1]. Does the police wait for something like this for intervention?”

Attorney from SPoD, Umut Rojda Yıldırım, who was in the Police Department in order to support and accompany LGBTİ+ detainees during their testimonies, evaluated the attitudes and behaviors of the police day along, to KaosGL.org. Yıldırım criticized the detention of LGBTI+s as suspects by telling lies, although their security of life was in danger and said: “The law reverses when it comes to LGBTI+s.”

“This is not something specific to today. This group, which is consisted of students from the university and people outside of the university, has been sharing threatening messages via social media almost for a week. And today, following friday prayer, two hundred turbaned people, most of whom are not students, attempted to attack students in front of the Faculty of Communication. Threatening, verbal and physical assault and attacking by water bottles went on there. Meanwhile the police cordoned LGBTİ+s off instead of blocking the aggressive group. They brought LGBTİ+s to police vehicles with a claim of safer area, that’s to say by telling a lie, and right there they took LGBTİ+s into custody with rear-handcuffing.

Reminding that there was no call for detention Att. Umut Rojda Yıldırım said:

“Our clients were taken into custody on the grounds of opposition to law no 2911 however there is nothing related to the law no 2911. Picnic could not be held, no slogans, no march, nothing except students, whose lives are under danger. On the other hand an intervention against the attacker group is out of question. As attorneys we had to consider our clients’ security of life primarily. The attacker group committed lots of crimes, like threatening, attempt to deliberately injuring and etc.… A step further would have been Madımak. Does the police wait for something like this for intervention?”

“There is no legal sanction against evident perpetrators”

Reminding that lawyers are prevented from doing their jobs by the police in the recent period, they are not allowed to communicate with their clients, and they are exposed to ill-treatment og the police Att. Yıldırım said:

“Pride week is coming and the violence gradually increases; attacks against Boğaziçi Pride March, threatening in Çanakkale, attack to METU, and today, an attack to a picnic which could not be held… There is a position and an attitude activated. I think that they stepped up a gear about the violence. The law reverses, the victims are taken into custody as suspects. There is no legal sanction against the evident perpetrators who had admitted their agency via social media.”