The prosecutor’s office submitted their opinion on Att. Levent Pişkin

The prosecutor wanted Pişkin to be sentenced for “membership of the organization” and “organization propaganda.” 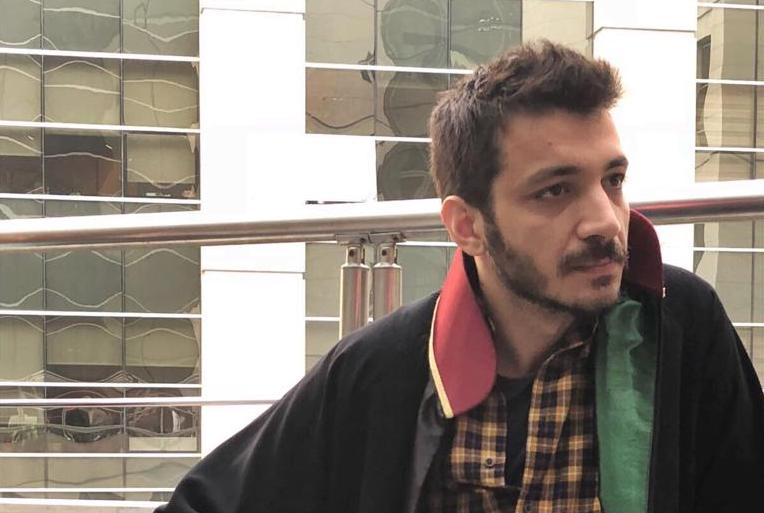 The prosecutor's office has presented their opinion on Att. Levent Pişkin, who was sued on the grounds of meeting the imprisoned ex Co-Chairperson of HDP Selahattin Demirtaş in prison.

The 9th hearing of the case against Att. Pişkin, who was taken into custody in 2016 after meeting with Demirtas, was held on September 2, 2016, at Bursa 8th Heavy Penal Court. The prosecutor submitted their opinion on the case.

The prosecutor asked that Attorney Pişkin be sentenced on charges of "organization propaganda" and "membership of the organization".

The court adjourned the case until 9.30 am, November 18th, giving the defendants time to prepare their defense against the opinion on the case.

Att. Pişkin's meeting with his client Demirtaş is included in the opinion of the prosecutor.

Attorney Levent Pişkin, who met with imprisoned former Co-Chairperson of HDP Selahattin Demirtaş in prison, was taken into custody in the early hours of November 14, 2016. Before he was detained, stories were published in news outlets such as Takvim, Sabah, Ulusal Kanal, claiming Pişkin will give the messages of Demirtaş to a magazine in Germany, to be used for propaganda.

The hashtag demonstration #LeventPişkinYalnızDeğildir (Levent Pişkin is not Alone) has been held for Levent Pişkin on social media. The Libertarian Lawyers Association, of which he is a member, the Truth Justice and Memory Center where he worked at that time, and the Istanbul LGBTI+ Pride Week Commission made a statement. The students of Boğaziçi University and The Network for Solidarity with Imprisoned Students published support messages. The detention of Pişkin has also drawn the reaction of the international public opinion. Paris Bar Association declared Levent Pişkin as an honorary member.

The Istanbul LGBTI+ Pride Week Commission said the following in a statement made while Pişkin was in custody:

“Our lawyer friend Levent Pişkin, one of the activists of the LGBTI+ movement, Pride Week volunteer, active member of the Libertarian Lawyers Association and human rights advocate, was unlawfully taken into custody during a raid on his home.

“Levent Pişkin, who was previously sued by the president, has always been in solidarity with our friends who suffered an injustice by actively fighting against all oppression and intimidation policies with his open identity.

“We call everyone who resists to come together and raise their voices.

"Levent Pişkin is not alone, we will monitor the case!"

Att. Levent Pişkin, who is also an LGBTI+ activist, was among the lawyers that defended the activists detained in LGBTI+ marches, including the 2016 and 2017 Istanbul LGBTI+ Pride Parade and the 2016 Trans Pride Parade. In addition to taking part in lawsuits related to LGBTI+ rights as a lawyer, Pişkin also has articles and comments on LGBTI+ rights published in various media outlets.