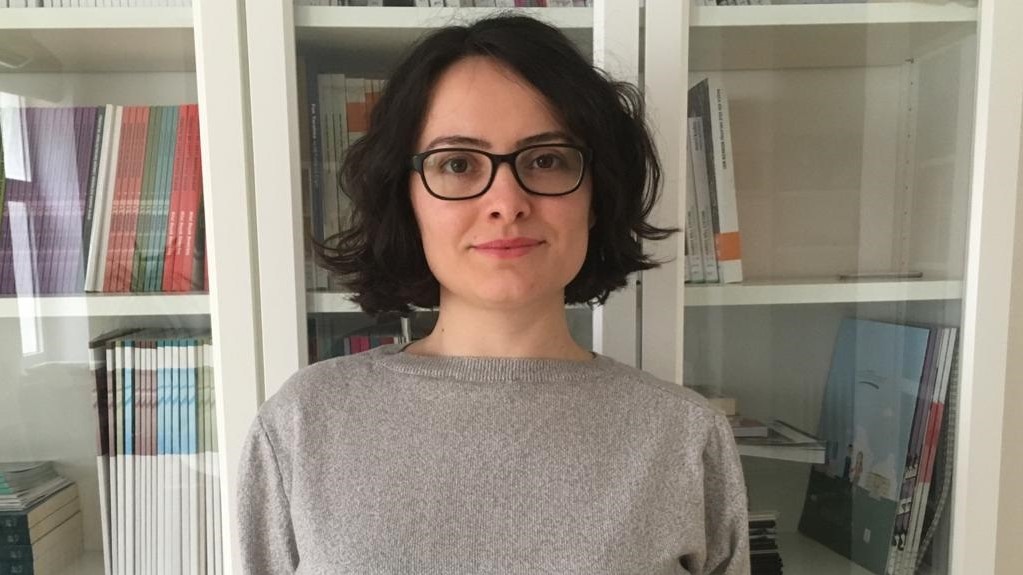 January 22nd is the International Day Of Solidarity With Trans Prisoners. This day covers events organized to draw attention to the rights violations faced by trans prisoners since 2016 and to raise awareness about the rights of trans prisoners.

Trans prisoners in Turkey are blocked from sex reassignment surgeries, their healthcare rights are being violated. The discriminatory attitude of prison workers and administration aggravates the prison conditions for transgenders. Prisons organized according to the binary gender system mean systematic and endless isolation for trans prisoners…

On January 22, we talked with Hilal Başak Demirbas, The Monitoring Evaluation Coordinator of the Civil Society in Penal System Association, about the status of trans prisoners within the scope of the Day Of Solidarity With Trans Prisoners.

One way to prevent rights violations experienced by trans prisoners in prisons is through the collaboration of decision-making mechanisms with LGBTI+ prisoners and non-governmental organizations working in the field, Demirbaş says.

The excuse of isolation: “Security”

How transgenders are being kept in the prisons?

Turkish prisons are built on the basis of the binary gender system. This means many problems for trans prisoners that starts from the entry process.

If a trans prisoner has a blue identity card, she's taken to a men's prison, and if there's another transgender in that prison, she can stay in a ward with her. If there's no LGBTI+ prisoner in the prison, she's going to be kept isolated. They're kept in cells, despite having not eligible for solitary reports, they're not admitted to the wards. When we about the cause of this isolation, they just say "security".

How do they socialize?

So they can’t earn money in the prisons because they can’t work… Does the administration have a policy for the LGBTI+ prisoners with no income?

The obligation to clothe the prisoners is legislated in Article 64 as, "in case of requests for needy prisoners, the administration, will provide, climate and health appropriate clothes" but we don't know if the needs of LGBTI+ prisoners are considered.

The Social Welfare and Solidarity Foundations can provide one-time financial support, but this support is not continuous. We can say that we and LGBTI+ associations often get requests for clothes and personal care materials. In addition, LGBTI+ prisoners can do handicrafts, beadwork in the prisons. From time to time, they say that these materials were not given to them and that they could not get these materials again due to their financial situation.

"In 2019, our most important agenda was trans prisoners who started hunger strikes"

Does the isolation continue after the reassignment surgery?

Another agenda is the hunger strikes…

This has been our most important agenda in 2019. LGBTI+ prisoners often have to resort to hunger strikes because their problems are not met in any way.

Last year alone, three trans prisoners started their hunger strike and hunger strikes to get into the body adaptation process, continue the process and acquire their needs.

How does the CISST show solidarity with trans prisoners who are not allowed to go under gender reassignment operation?

As an association, we can't work with prisoners' files. We advise on the questions that come about the reassignment process and guide them on where they can apply.

If LGBTI+ prisoners need a lawyer in this process, we direct them to the lawyers of LGBTI+ associations and to the networks of volunteer lawyers. If there are disruptions caused by prison or other institutions during the process, we make administrative applications and share them with the public. We organize campaigns or events in case of need with our friends in the LGBTI+ Prisoner Network, meet with different groups to grow solidarity, and spread calls from our social media accounts.

Are there applications about discrimination due to gender identity among the applications to the Civil Society in Penal System Association?

Of course there are... People are abused by the personnel due to their sexual orientation and gender identity, being called by their assigned names, their books and magazines which are sent by LGBTI+ associations are being seized as they are "obscene"...

What's more, they are subjected to insults, they are not able to benefit enough from psycho-social services.

"Trans women prisoners' belongings such as perfumes, heels were seized"

What about the LGBTI+ prisoners’ communication with the outside?

The announcement of the State of Emergency (OHAL) in 2016 and the executive orders (KHK) issued to date affected the prisons and the conditions experienced by prisoners. You can imagine that most of the rights of LGBTI+ prisoners have been suspended in the process. OHAL is abolished, but this situation is still ongoing.

We know that complaints cannot be explained through letters, letters and petitions are blocked, they are not sent to the relevant association, and prison staff's aggressive and discriminatory attitudes against different sexual orientations and gender identities are increasing.

In addition, we have been informed that the belongings of trans women prisoners such as perfumes, heels, jewelry are removed to the warehouses, the items are given according to the initiative of administrations, trans female prisoners are given men's underwear, the clothes sent by cargo were not given to them because they were not found appropriate.

Finally, how the discriminatory practices and rights violations faced by LGBTI+ prisoners can be eliminated?

First of all, it is necessary to point to the problem; the most basic demands that distinguish LGBTI+ prisoners from other prisoners are their biological needs. Even if these needs are similar in various countries, the methods and strategies developed by countries to meet them are differentiated.

I think including LGBTI+ prisoners to the decision-making mechanisms and to cooperate with non-governmental organizations comes first of these strategies. In this cooperation, it is essential to determine the needs specific to LGBTI+ prisoners and to take into account these needs in all regulations to be made.