Trans woman Asya, the victim of acid attack in İstanbul, was transported to the hospital in Kocaeli

A man named Emre B. has attacked 18-year-old Syrian refugee trans woman Asya with nitric acid in İstanbul. Asya was taken to Kocaeli for burn treatment. 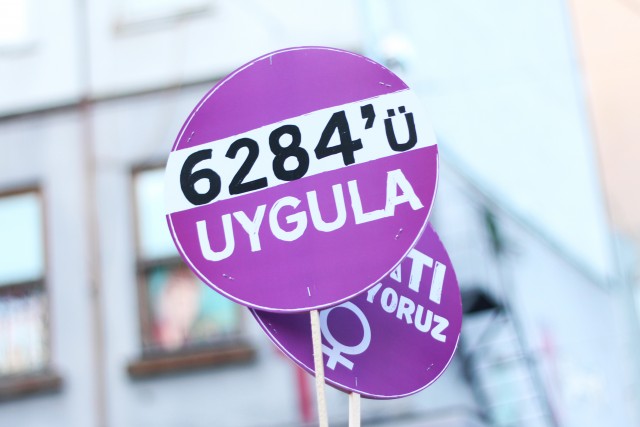 WARNING: This story is related to violence. Although details are not included, the incident is narrated. Content can trigger the memories of those who have previously exposed or witnessed violence, discrimination, hatred, and have traumatic effects. In such a case, you can contact the mental health professional you think can support you, contact the LGBTI+ formation in your city, or write to May 17 Association for support.

Demirören News Agency (DHA) reported that a "person with a surgical mask and a hood" attacked a Syrian refugee trans woman at 9th of March with nitric acid in Beyoğlu, Istanbul. The report stated that the trans woman has been was taken to the Okmeydanı Prof. Dr. Cemil Taşcıoğlu City Hospital using her assigned name and the assailant has not been caught yet.

Activists from the Peoples' Democratic Congress (HDK) LGBTI+ Assembly went to the street where the attack took place today and met with shopkeepers of the street and trans women living there. According to the information given to KaosGL.org by activists from the HDK LGBTI+ Assembly, a man named Emre B. attacked the 18-year-old Syrian refugee trans woman Asya with nitric acid at the door of her house. Asya was taken to the Okmeydanı Prof. Dr. Cemil Taşcıoğlu City Hospital at first. At midnight, she was then referred to Kocaeli Derince Training and Research Hospital for burn treatment. There is a complete loss of vision in one eye of Asya and partial loss in the other. There are several first-degree burns on her body.

Friends of Asya told the activists from the HDK LGBTI+ Assembly that the attacker was the former lover of Asya, and he previously used violence on her, attempted to imprison her in the home, and attacked Asya after she took refuge at her friends' home.

Activists from the HDK LGBTI+ Assembly said they would monitor the case.