Her friends announced that Didem Akay; a friend of Hande Kader who was murdered by burning to death in 2016, has ended her life. 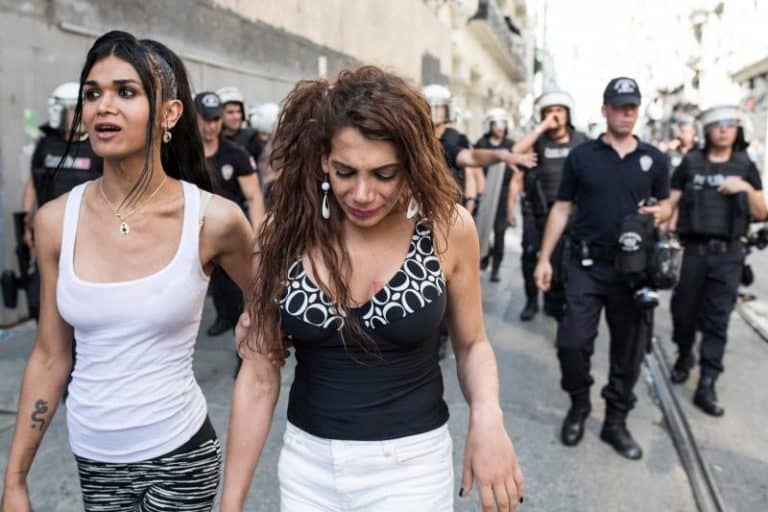 Her friends announced that Didem Akay; a friend of Hande Kader who was murdered by burning to death in 2016, has ended her life.

Photo: Didem Akay and Hande Kader, together in the İstanbul LGBTI+ Pride March 2015

Warning: This article is about allegations of violence and suicide. The facts are narrated without detail. Contents might trigger memories of whom have been victimized by or witnessed violence, discrimination, hate incidents. In such a case, you can contact any psychological counselor, any LGBTI organization in your neighborhood or send a mail to danisma@kaosgl.org.

Her friends announced in social media that Didem Akay has ended her life. Didem was one of the victims of police assault to the İstanbul 2015 LGBTI+ Pride March. She was a friend of Hande Kader, a trans woman who was burned to death in 2016.

“This photo is from the first banned İstanbul Pride Week, 2015. Just before this photo was taken police has used disproportionate violence against the people in the area. Name of the woman on the right is Hande Kader. Hande Kader was burned to death in 2015. The woman on the left has ended her life a few days ago.

“We know the ones that killed Hande, forced Didem to end her life and banned our marches are the same persons and policies. Your gender binary, transphobic, heterosexual policies are costing LGBTI+'s lives. We will continue to our struggle to protect our right to live, to survive, to get what is ours, to organize, for Hande, for Didem.

Assoc. Dr. Koray Başar from Hacettepe University has listed what should be done to prevent suicides in the interview that gave to the KaosGL.org:

“Effects of discrimination and stamping should be considered about the persons having a problem with their sexual orientation and gender identity. Sometimes, when people are victimized, they might accept that as natural conditions of life. They might accept stress, suicidal thoughts, being in a dead-end as natural outcomes of their existence. Mental counselors should be aware of that situation, inform the person and empower them. The empowering process does not end with saying "homosexuality is not an illness", or with ensuring a hormonal treatment in the gender transition process. The boundaries of the victim that prevents them from contacting with other people that had encountered similar hardships must be eliminated too. Certainly, it isn't always easy. It is not easy for a homosexual that recently opened to themselves to meet other homosexuals or trans'. Especially in such societies where hiding is encouraged and visibility harshly hammered down. It doesn't end with saying "go meet other people". Besides that, families are always easier to approach and influence by the doctors and psychologists.”

How suicide is discussed as a public issue is very important in sense of the suicide risk. This link might be informative on how suicidal LGBT's should be approached.

According to the related article of Turkish Journalists Association's Declaration of Rights and Responsibilities we are refraining from detailed news about LGBTI+ suicides, containing influential information that may affect readers.

Turkish Psychologists Association also mentions that suicides are societal cases and underlines that LGBTI's are exposed to direct or indirect cultural, legal, physical and social discrimination and violence.

According to TPA, being exposed to discrimination, violation of rights and alienation from the family causes mental disorders such as; depression, anxiety, PTSD and weaken the immune system, therefore, lengthening any healing process.

The rule list of the World Health Organization on the news about suicide is as follows:

*The psychosocial causes behind the decision of suicide must be enlightened in the article. It must be stated that disorders like depression and drug abuse that cause suicidal thoughts are treatable and readers must be informed on how to get help. The article must be organized in an informative manner that shows clear examples of ways of solving communicative hardships and conflicts.

*The act must not be shown as a romantic and mysterious act.

*Suicide must not be shown as a solution.

*Severe physical problems-brain damage, paralysis, etc.- must be described as possible outcomes of attempting suicide and they must be used in a deterrent manner.

*Suicide must not be presented as a problem-solving method. It must be shown that there are other effective ways of solving our problems, and such an outcome is possible when a person cannot utilize these ways.

*The person must not be made famous by their act of suicide, it must be refrained from giving the message of suicide is a way to get fame.

*Institutions that can help people with suicidal thoughts and treatment options must be included in the article.

*Preferably only fatal suicidal acts should be reported and the article should be given in a short, pictureless manner without describing the suicide method.

*Reports with descriptions of how to commit suicide with details must be refrained from.

*Incident must not be reported in an inclusive and repetitive manner.

*Dialogue between local media outlets and health institutions must be ensured.