LGBTI activists in Turkey joined the May Day demonstrations in 25 cities and said ‘LGBTI rights are union rights.’ 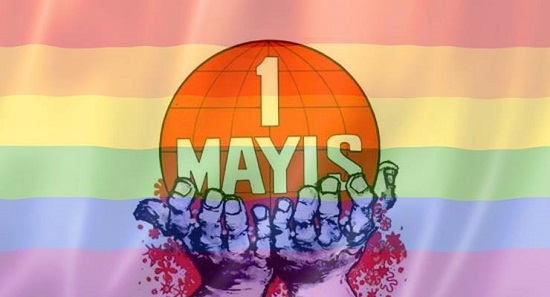 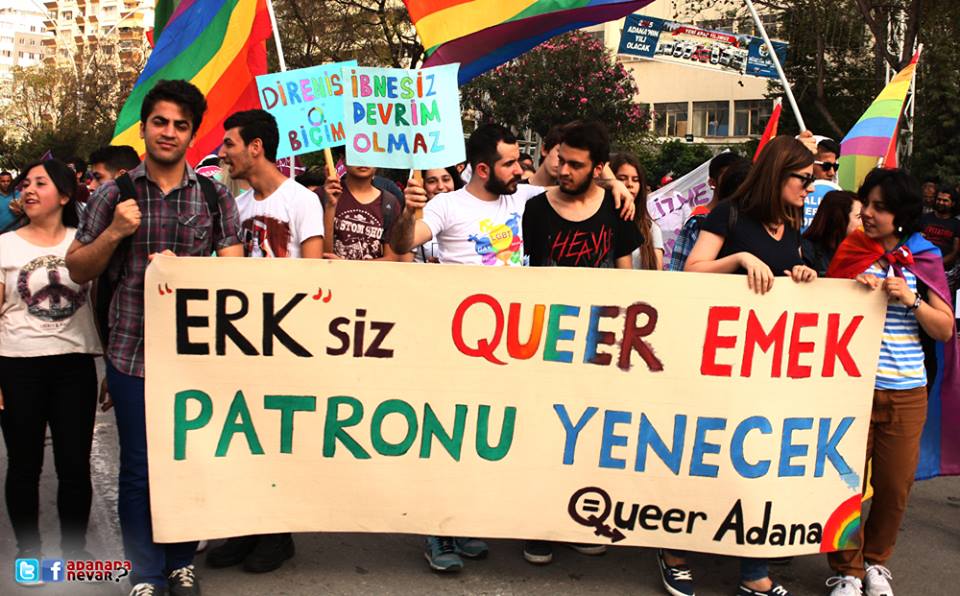 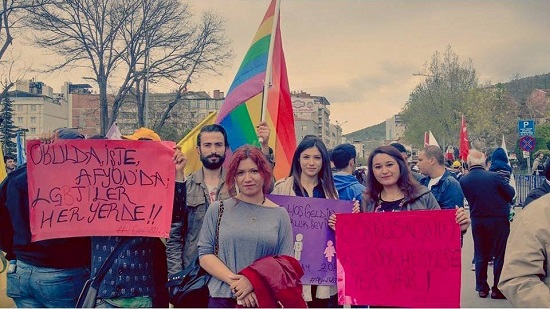 Afyon: Afyon LGBTI Initiative had its first demo holding a banner that reads “In school, at work, in Afyon, LGBTIs are everywhere.”

Ankara: LGBTI activists in Ankara were the first to join May Day demonstrations in Turkey in 2001. They demand that trade unions be more outspoken on LGBTI rights. 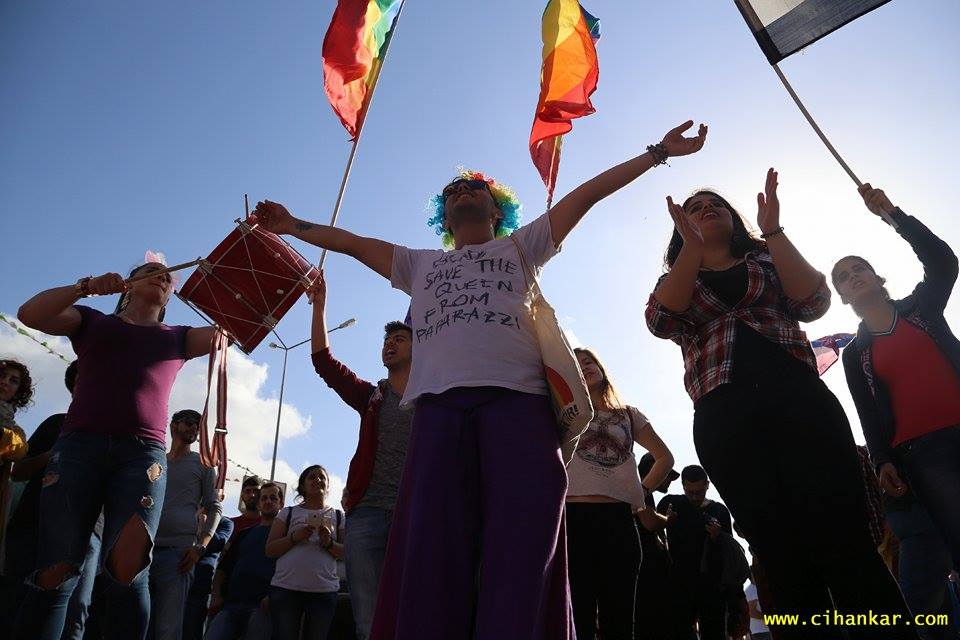 Antakya: Activists from Kaws Kuzah, meaning rainbow in Arabic, had their first demo as an LGBTI initiative. 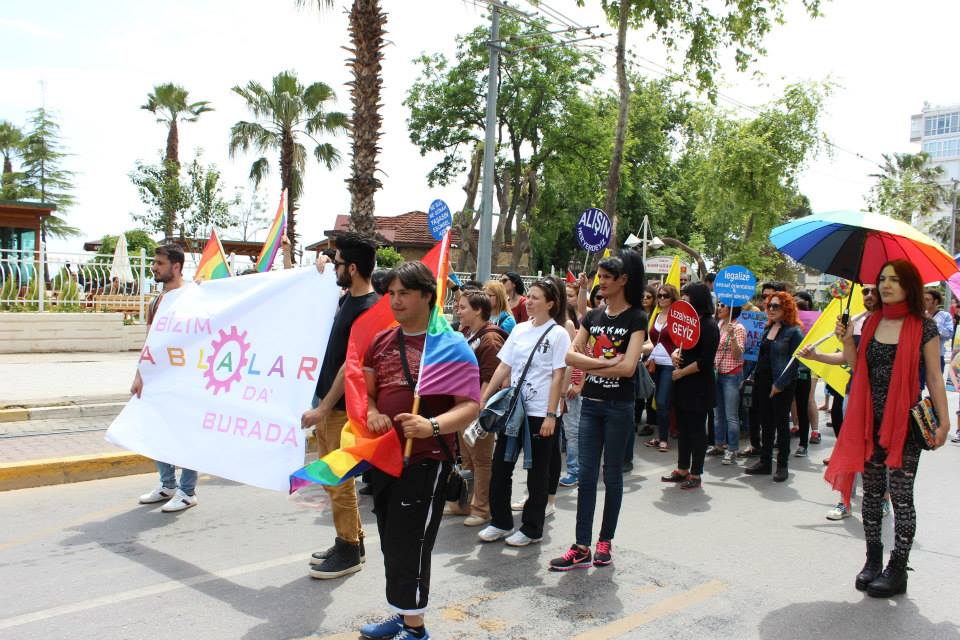 Antalya: Pink Caretta LGBTI had a banner with a disk symbol that reads “our sisters are here, too” referring to the words of President Erdogan in a meeting. But “sisters” on the banner means cruising trans sex workers as “disk” and “cruising” are same words in Turkish. 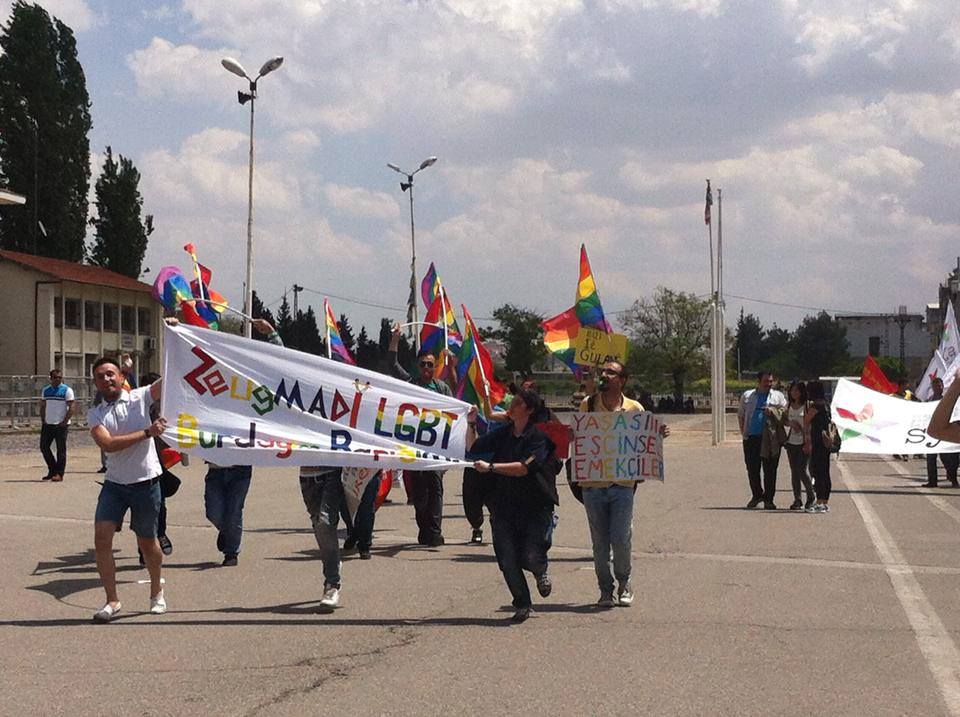 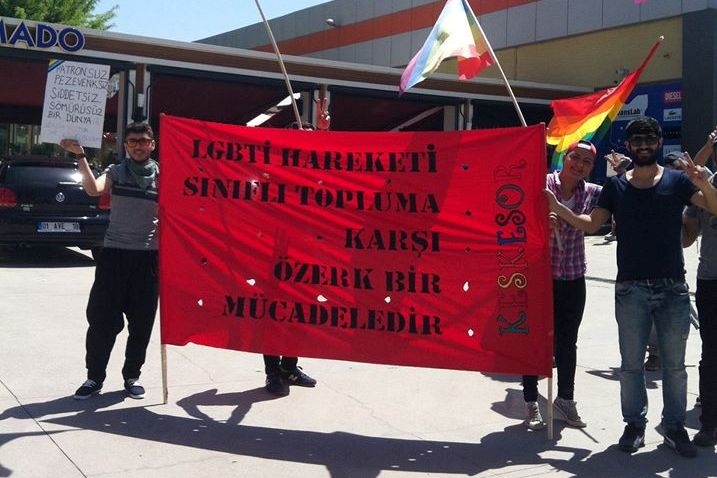 Batman: KeSKeSoR Diyarbakir LGBTI attended a central meeting in Batman with a banner that reads “LGBTI movement is an independent struggle against class society”. 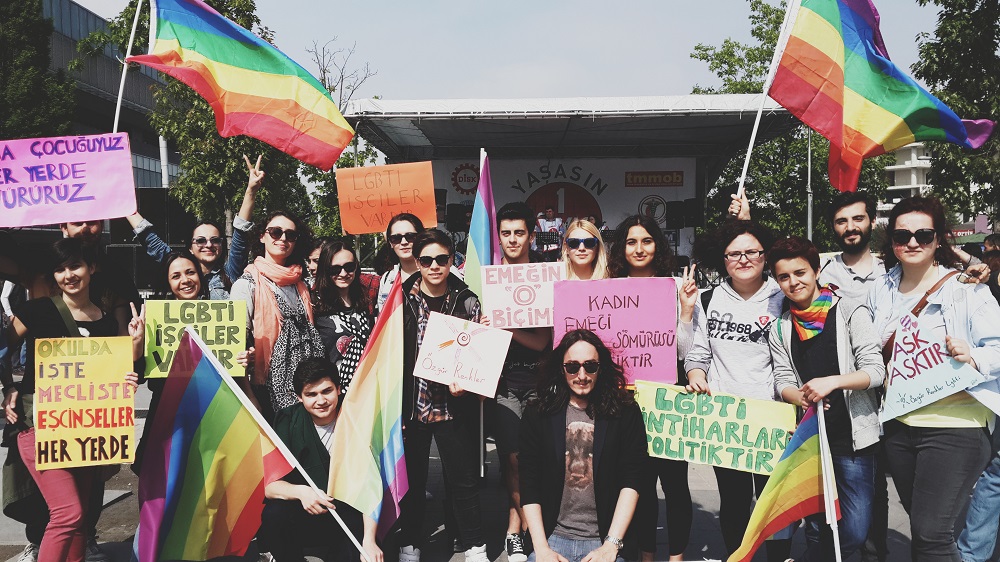 Bursa: Uludag University’s LGBTI student organizations Free Colors said “I’m in Bursa, my dear”, referring to famous Istanbul Pride slogan “where are you, my lover? Here I am, my lover”. 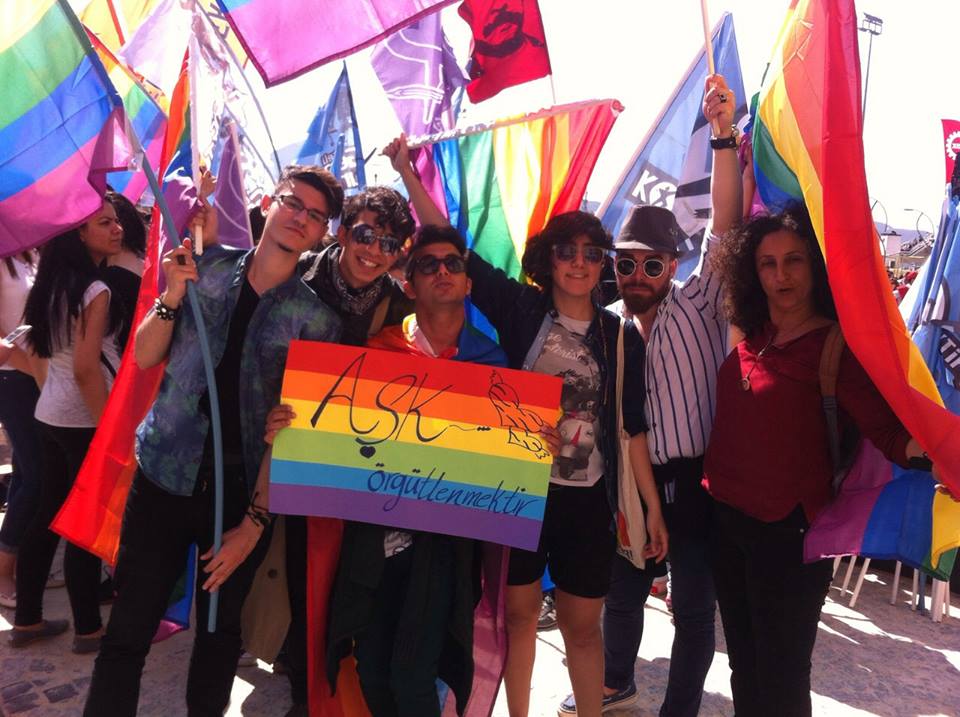 Denizli: The PFLAG group in Denizli had their first May Day demonstration. 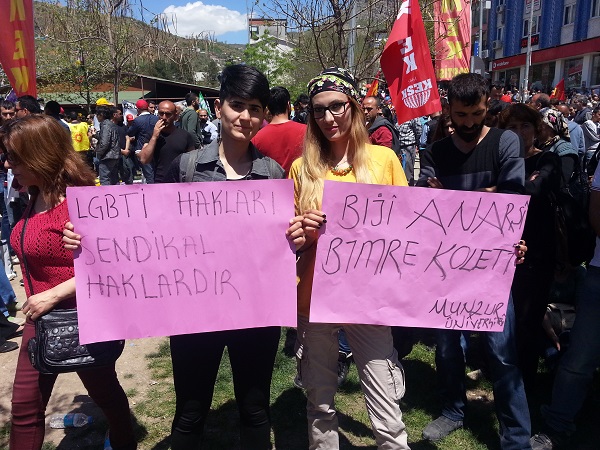 Dersim: Moon Light LGBTI attended demonstrations both in Batman and in Dersim with Turkish and Zazaki banners. 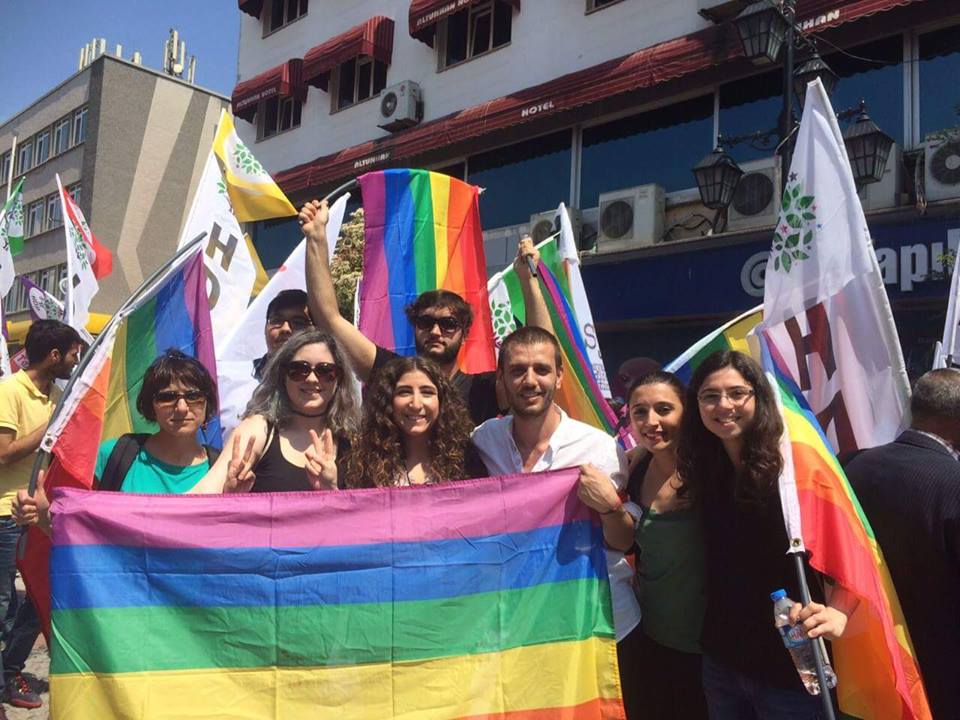 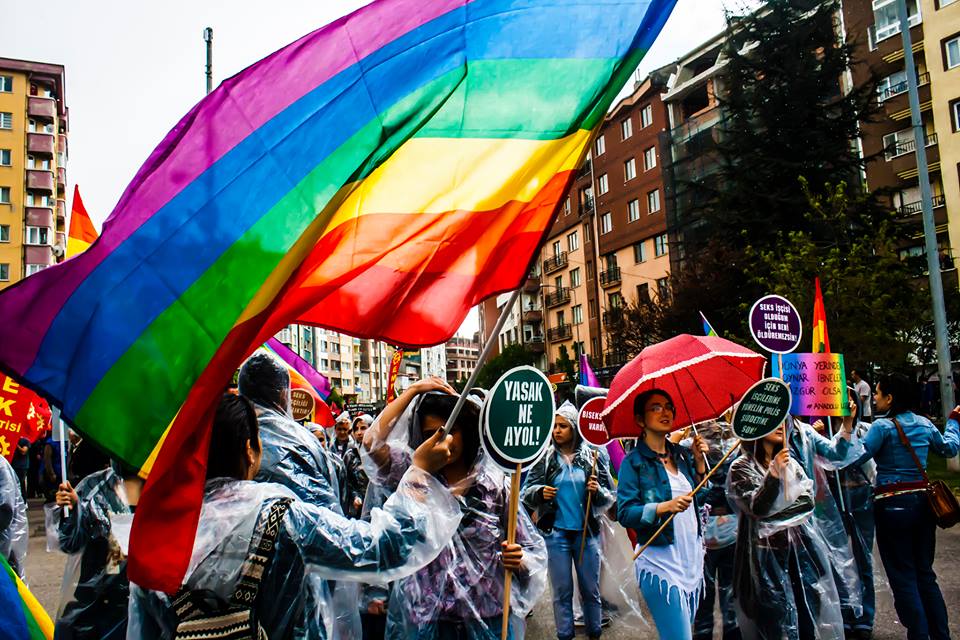 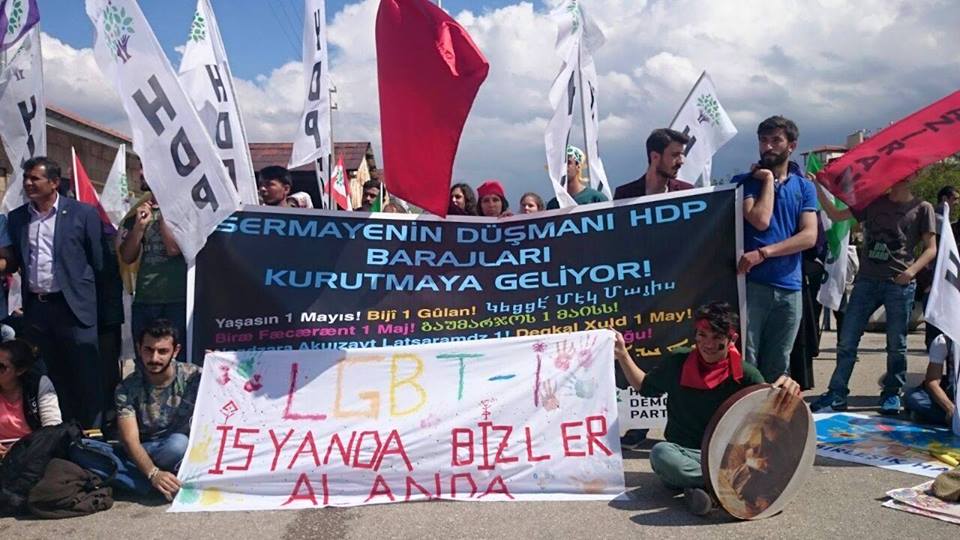 Isparta: LGBTIs in Isparta: “LGBTIs are revolting, we are here!”
Istanbul: Police attacked protestors those who wanted to march to Taksim. About 300 people are arrested.

Izmir: LGBTI activists in Izmir: “A world with no pimps and bosses is possible.” 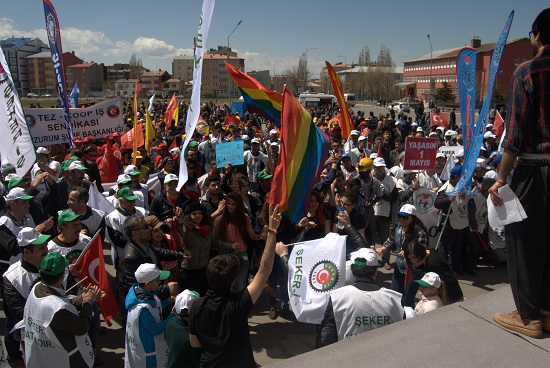 Kars: Kars Platform against Homophobia and Transphobia joined the May Day meeting with rainbow flags.

Kocaeli: The May Day Committee saluted LGBTI activists stating “We are here for the visibility of LGBTI workers”. 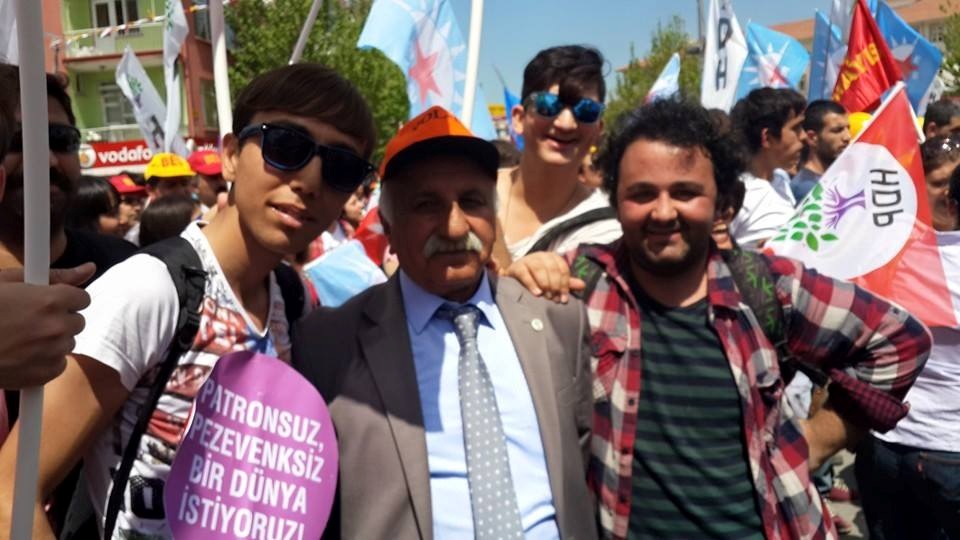 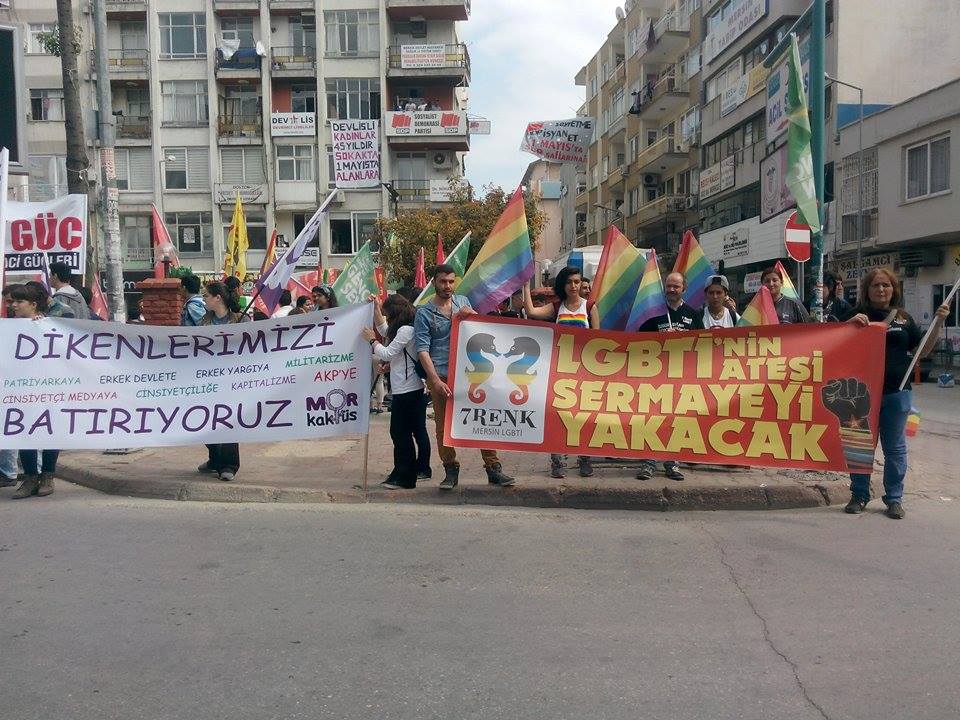 Mersin: Mersin 7 Colors LGBTI: “The fire of LGBTIs will burn the capital”. 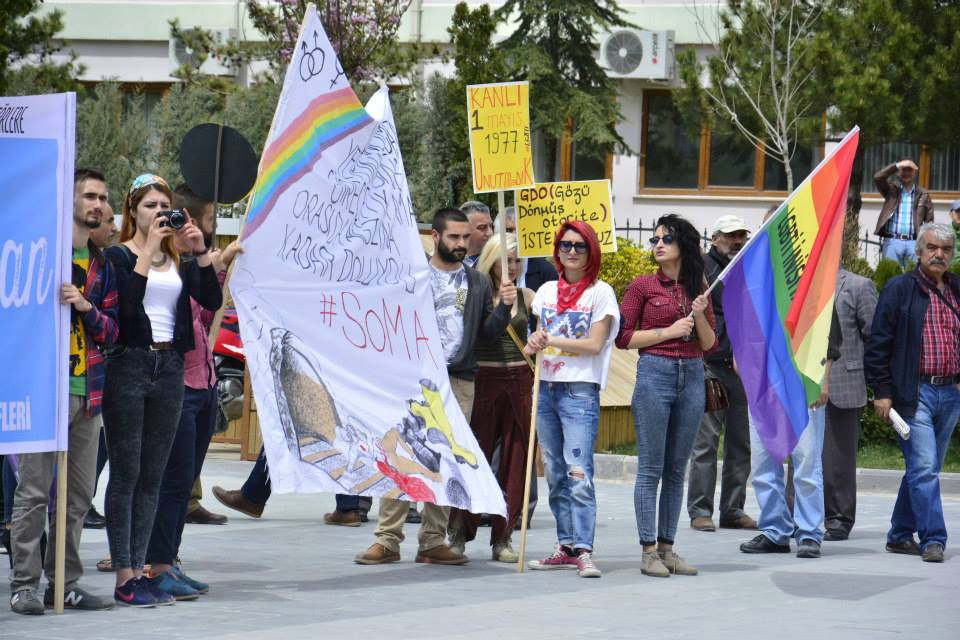 Nigde: Arrows of Rainbow joined the May Day demonstration for the first time despite of police attacks on protestors. 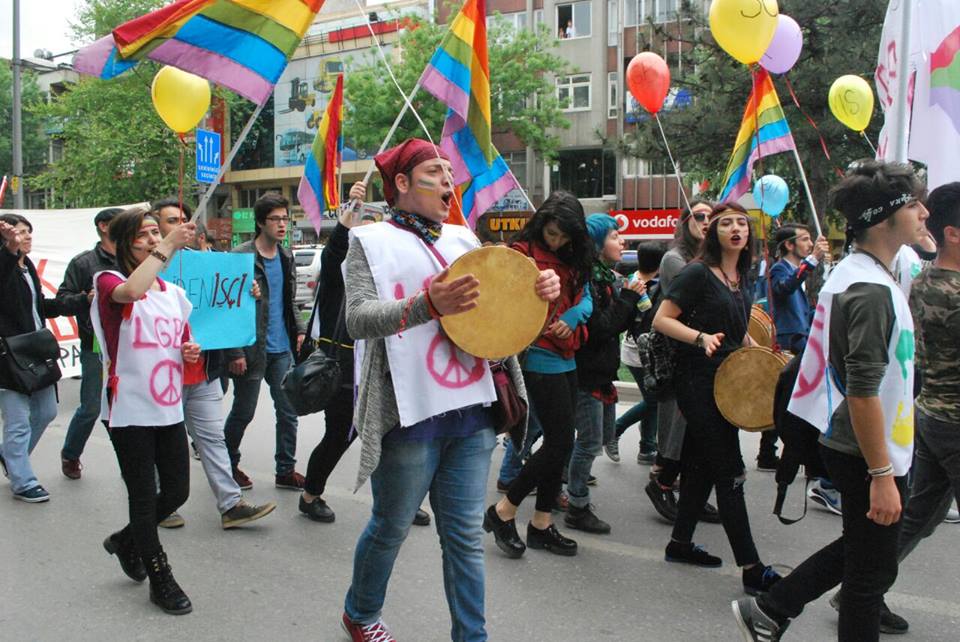 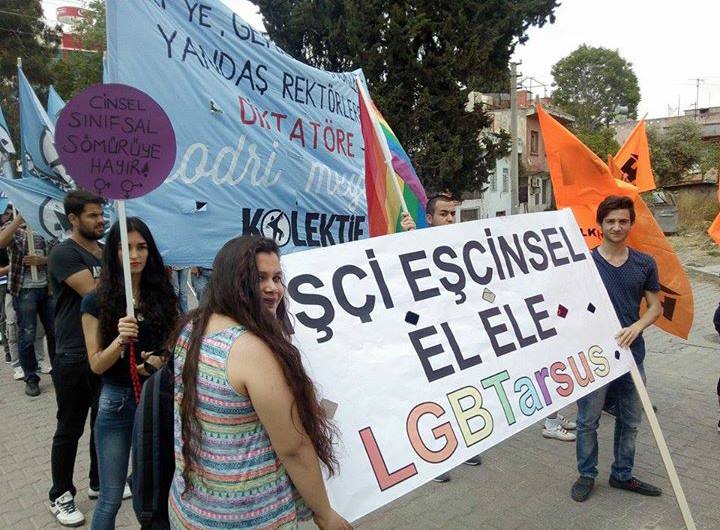 Tarsus: LGBTarsus joined the May Day demonstration for the first time in Tarsus. 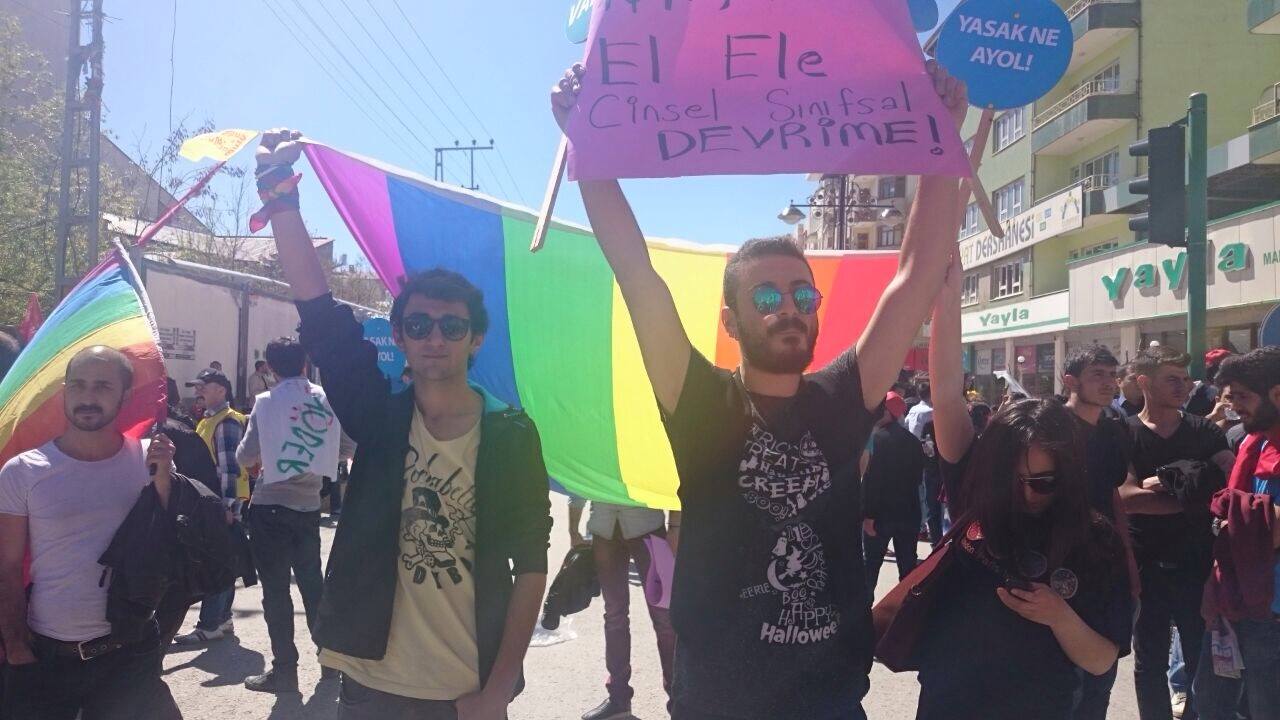