In the first Friday khutbah of Ramadan, the Religious Affairs Administration of Turkey targeted homosexuals and those living with HIV. 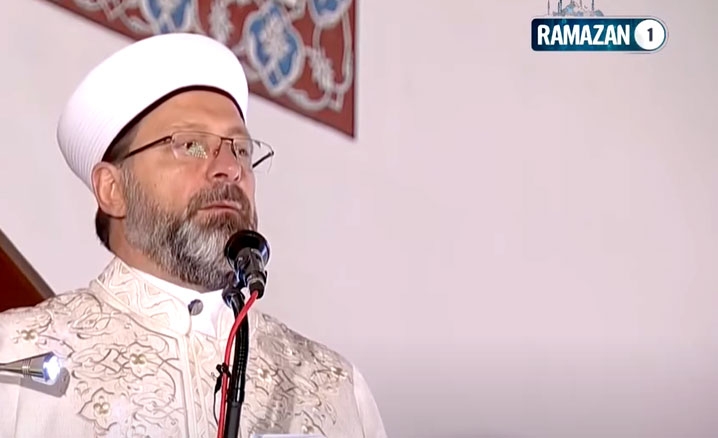 The Directorate of Religious Affairs has targeted the LGBTI+'s and people living with HIV in Friday’s khutbah. Religious Affairs Chairperson Ali Erbaş spread hate and discrimination with his khutbah titled, "Ramadan: Patience and Will Training".

Friday's khutbah is being broadcasted in mosques across the country. In the khutbah, homosexuals and those living with HIV were targeted with the following statements:

The Directorate of Religious Affairs blamed LGBTI+'s for the diseases in Friday's khutbah and also targeted those living with HIV with unscientific claims. In addition to the previous Friday khutbah, in which the Religious Administration spewed hatred by saying "harm for a person, waste for society", this time also by falsely informing the public with unscientific claims.

Not the first hate crime of the Religious Administration!

On July 5, 2019, in the Friday khutbah of Turkish Religious Affairs which was read in all mosques, there were hateful and discriminative statements: “Any efforts intervening in sex and calling for sex differences prepare individuals as well as whole generation for disaster”, “Our God tell us that many tribes had been perished due to moral deteriorations and deviance”.