Turkey violates LGBTI’s human rights, according to US report 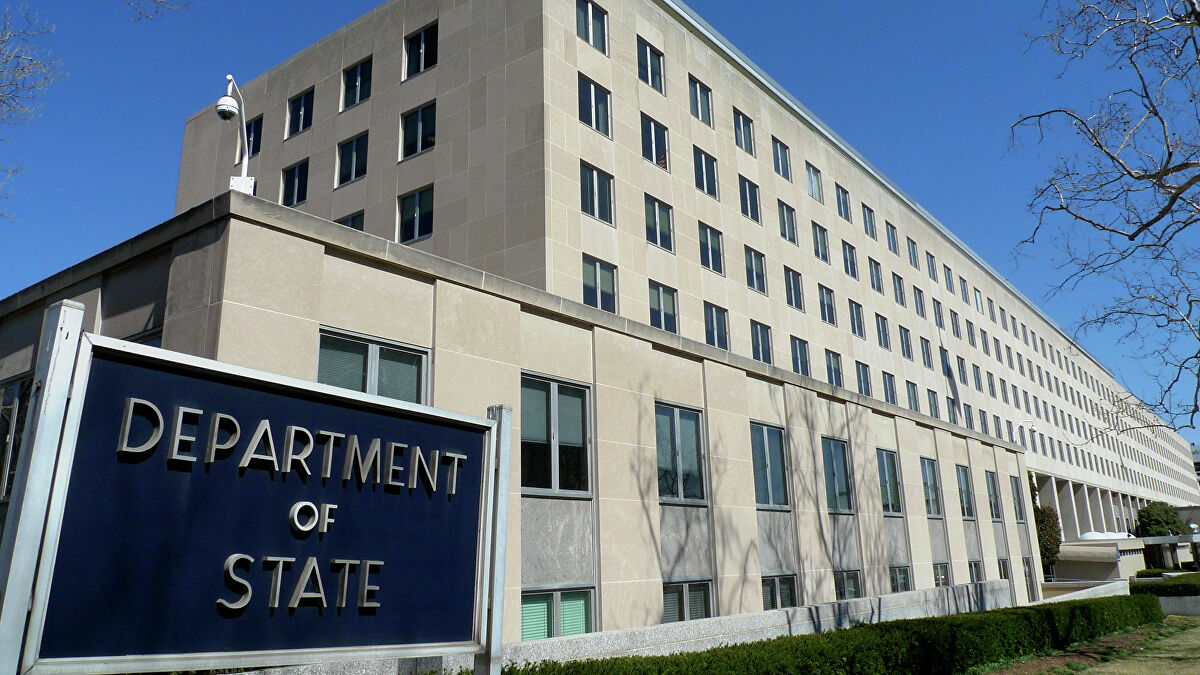 The “Freedom of Peaceful Assembly” section of the report consists the bans on LGBTI+ events, specifically Pride activities:

“The governors of Ankara, Istanbul, Izmir, Antalya, Gaziantep, and Mersin issued bans on public activities by lesbian, gay, bisexual, transgender, and intersex (LGBTI) persons during the year. In May and June, police broke up public events related to Pride Month using batons, tear gas, water cannons, and rubber bullets in Izmir and Istanbul. In Izmir groups reported police detained 16 persons for several hours, and police in Istanbul reportedly detained three to five individuals. Police in Ankara also responded to similar events with tear gas despite court rulings that the governorate’s blanket ban on public events by LGBTI groups was not legal. Activists reported that despite the court’s ruling, the government continued to impose individual bans on events and assemblies.”

Acts of violence, discrimination and other abuses

The report also consists a specific section on “Acts of violence, discrimination and other abuses based on sexual orientation and gender identity”. Full text of the section follows:

“While the law does not explicitly criminalize LGBTI status or conduct, provisions of law concerning “offenses against public morality,” “protection of the family,” and “unnatural sexual behavior” sometimes served as a basis for abuse by police and discrimination by employers.

“Numerous LGBTI organizations reported a continued sense of vulnerability as restrictions on their freedom of speech, assembly, and association continued. During the year the Ankara governor’s office continued its indefinite ban instituted in 2017 on all public LGBTI events in the province, citing public safety concerns,. In April a regional administrative court lifted the ban and rejected the government’s argument that the prohibition was necessary because some individuals might be provoked to violence by LGBTI events. Despite the decision, the Ankara governor’s office did not change its policy on LGBTI events in the capital and continued to block events on an individual basis.

“The criminal code does not include specific protections based on sexual orientation or gender identity. The law allows for up to three years in prison for hate speech or injurious acts related to language, race, nationality, color, gender, disability, political opinion, philosophical belief, religion, or sectarian differences. Human rights groups criticized the law’s failure to include protections based on gender identity and noted it was sometimes used to restrict freedom of speech and assembly rather than to protect minorities. LGBTI definitions were not included in the law, but authorities reported a general “gender” concept in the constitution provides for protections for LGBTI individuals. KAOS-GL, a local NGO focused on LGBTI rights, maintained that, due to the law’s failure to recognize the existence of LGBTI individuals, authorities did not provide them social protection.

“KAOS-GL reported that some LGBTI individuals were unable to access health services or faced discrimination. Some LGBTI individuals reported they believed it necessary to hide their identities, faced mistreatment by health-service providers (in many cases preferring not to request any service), and noted that prejudice against HIV-positive individuals negatively affected perceptions of the LGBTI community.

“During the year LGBTI individuals experienced discrimination, intimidation, and violent crimes. Human rights groups reported that police and prosecutors frequently failed to pursue cases of violence against transgender persons or accepted justification for perpetrators’ actions. Police often did not arrest suspects or hold them in pretrial detention, as was common with other defendants. When arrests were made, defendants could claim “unjustifiable provocation” under the penal code and request a reduced sentence. Judges routinely applied the law to reduce the sentences of persons who killed LGBTI individuals. Courts of appeal previously upheld these verdicts based in part on the “immoral nature” of the victim. LGBTI advocates reported that police detained transgender individuals engaged in sex work to extract payoffs and that courts and prosecutors created an environment of impunity for attacks on transgender persons involved in sex work.

“The LGBTI advocacy organization KAOS-GL reported that at least 48 LGBTI individuals faced physical assault in 2018. Of those, only nine cases were reported to authorities; prosecutors pursued one criminal case of the nine reported. In March security personnel at a nightclub in Eskisehir first blocked three transgender individuals from entering the facility, then assaulted the group while a police officer watched and failed to intervene, according to a KAOS-GL report. In May a transsexual woman in Antalya was killed, reportedly due to her identity. The alleged perpetrator was subsequently arrested, and a trial was underway at year’s end. In October two LGBTI individuals were verbally and physically assaulted on a public bus in Antalya. According to activists, the perpetrators justified their actions to police using homophobic insults.

“In April a transwoman reported that she was stopped on the street by police officers requesting she provide identification. After inspecting her identity card, police asked her, “Aren’t you ashamed? You are a man, why do you dress like a woman?”; when she tried to record their remarks, police used pepper spray before beating her and bringing her to the police station. After contacting a local LGBTI organization, the woman was released to a hospital. Police charged her with “insult” and resisting the officer on duty.

“For the fifth consecutive year, the governor’s office banned Istanbul’s Pride March, citing public safety concerns. Despite the ban and heavy police presence, several hundred activists and supporters took part in the event. Police used tear gas and rubber bullets to break up crowds and prevent participants from entering areas in and around Taksim Square, briefly detaining five participants. Organizers did not hold a transgender march again during the year due to security concerns. Independent activists also reported police presence at all events during the week leading up to the pride march, which they interpreted as an intimidation tactic.

“In addition to Istanbul, authorities prohibited pride marches from taking place in Ankara, Antalya, Izmir, Gaziantep, and Mersin. Local and international human rights groups widely criticized the decisions as violations of the freedom of assembly and freedom of expression. Events took place in most cities despite the bans and resulted in police interventions breaking up the marches.

“In August Istanbul police blocked the “Queer Olympix” sporting event scheduled to take place in Istanbul with more than 130 athletes expecting to take part. Organizers reported on social media that authorities justified their action as “a precaution against provocations that may occur due to social sensitivities.” A review of media coverage of LGBTI issues by KAOS-GL, released in April, concluded that half of all stories contained hate speech and discriminatory language.

“Some LGBTI groups reported harassment by police, government, and university authorities. University groups complained that rectors denied them permission to organize, and some indicated they faced administrative investigations or other sanctions for participating in events. In May students at the Middle East Technical University organized a pride march over the objections of the university administration. Police detained 22 individuals while breaking up the event using pepper spray, plastic bullets, and tear gas. Organizers reported that 10 of those detained were later stripped of scholarships and educational loans. Civil rights defenders criticized the subsequent indictment of 19 participants as legal harassment of the LGBTI community.

“LGBTI organizations reported the government used regular and detailed audits against them to create administrative burdens and threatened the possibility of large fines.

Some other remarks from the report follows:

*“Human rights and civil society organizations, groups promoting LGBTI rights, and women’s groups in particular complained the government used regular and detailed audits to create administrative burdens and to intimidate them through the threat of large fines.”

*“UNHCR reported there were LGBTI asylum seekers and conditional refugees in the country, most coming from Iran. According to human rights groups, these refugees faced discrimination and hostility from both authorities and the local population due to their status as members of the LGBTI community. Commercial sexual exploitation also remained a significant problem in the LGBTI refugee community, particularly for transgender individuals.”

*“Some NGOs noted the lack of services was more acute for elderly women and LGBTI women as well as women with older children.”

*“LGBTI individuals faced particular discrimination in employment. Some statutes criminalize the vague practice of “unchastity.” Some employers used these provisions to discriminate against LGBTI individuals in the labor market, although overall numbers remained unclear.”