Turkey withdraws from the İstanbul Convention!

Presidential decree for annulling Turkey’s participation in the İstanbul Convention has been declared in the Official Gazette. 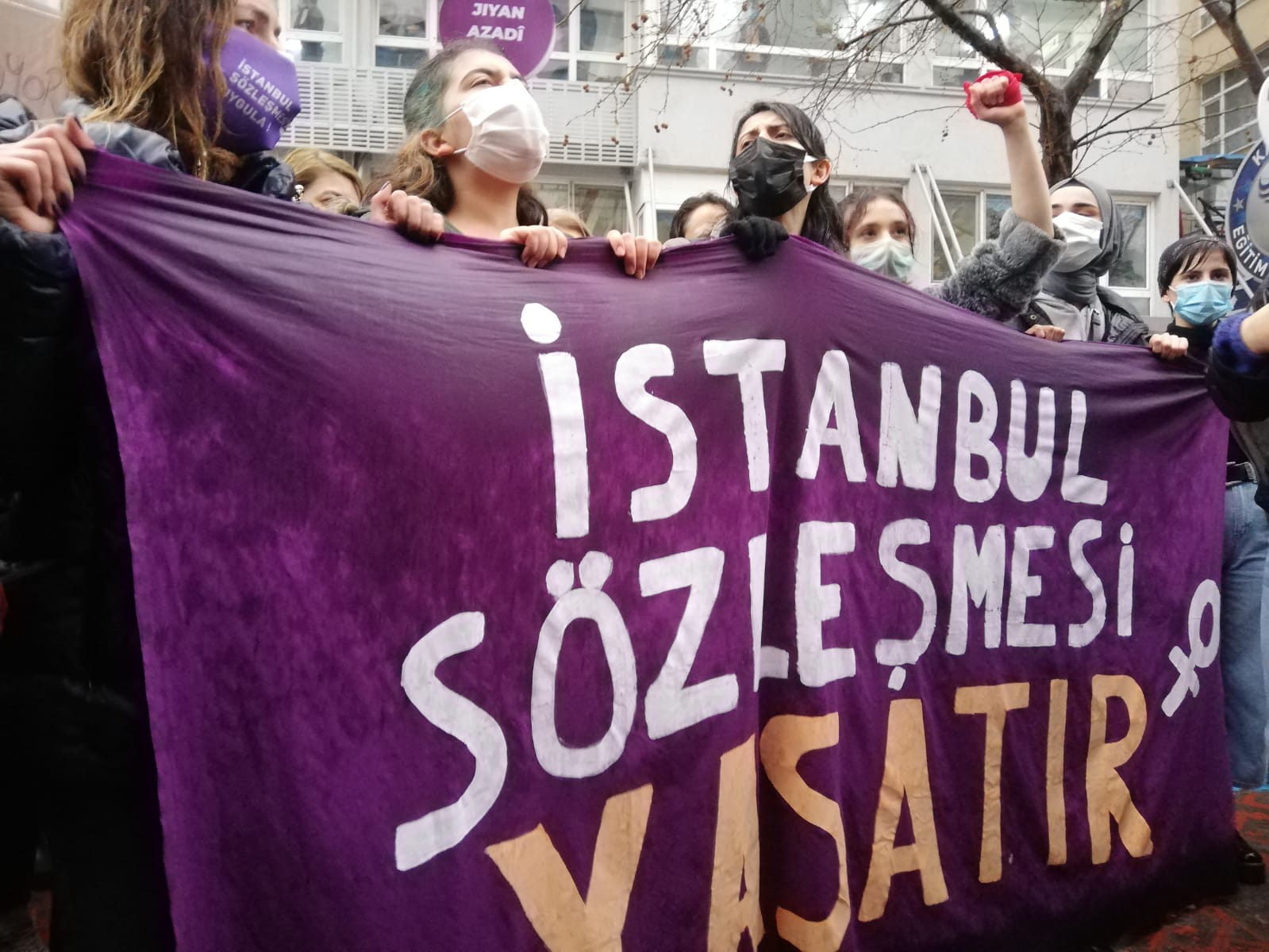 The decree signed by the President is as follows:

“With the decree No: 3718, ‘The Council of Europe Convention on Preventing and Combating Violence Against Women and Domestic Violence, which was signed by Turkey on May 11, 2011, and approved with the Cabinet Decree No: 2012/2816 on February 10, 2012, shall be terminated on the part of Turkey according to the Article 3 of the Presidential Decree No: 9.’”

The Council of Europe Convention on Preventing and Combating Violence Against Women and Domestic Violence (Istanbul Convention) came into force in 11 European countries and Turkey as of August 1, 2014.

The contract includes new and comprehensive definitions on many subjects, expanding the mechanisms regarding violence against women. The difference of the contract from earlier agreements and regulations is marked by clearly emphasizing the fact that violence against women is rooted in the power inequality between women and men. The contract emphasizes that violence can be prevented by providing equality among the society while prohibiting the policies of inequality.

İstanbul Convention comprehensively defines the violence against women in the public and private area, envisages budget and supervisory mechanisms to enable states to collect data on physical, sexual, psychological, domestic, and economic violence against women; to implement holistic policies in the field of economic, social and criminal sanctions to protect women from violence.

With the convention, the Republic of Turkey was pledging to implement incentives for the private sector and the media, compensations, the annulment of forced marriages, the punishment of persistent stalkings, the prohibition of forced marriage and female circumcision, to fight crimes committed in the name of so-called "honor", and to include combat against violence in the curriculum.

The convention imposes obligations on signatories on four issues: preventing violence against women, protection against violence, prosecuting acts of violence, and establishing victim support mechanisms. The convention emphasizes that signatories do not discriminate against anyone in any way while fulfilling these four obligations.

Article 4 of the convention titled "Fundamental rights, equality and non‐discrimination" clearly states that sexual orientation and gender identity cannot be discriminated against.

The Istanbul Convention, which became a part of domestic law on November 24, 2011, but came into force on August 1, 2014, has been the target of an intense smear campaign in recent years. Smear campaigns carried out by politicians and the media targeted LGBTI+ people heavily and spread hate speech.