Turkish Parliament accepted the 6th Democratization Package on Sunday night which prohibits discrimination as well as hate crime, however, not on the basis of sexual orientation and gender identity. 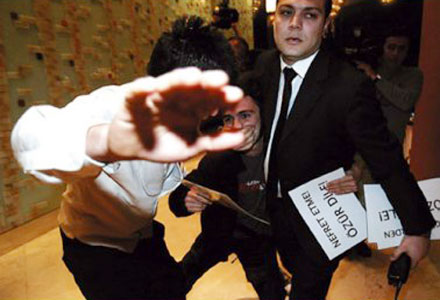 Turkish Parliament accepted the 6th Democratization Package on Sunday night which prohibits discrimination as well as hate crime, however, not on the basis of sexual orientation and gender identity.
Sexual orientation and gender identity not mentioned in the definition of hate crime!
Bill for Amending Several Laws to Develop Basic Rights and Freedoms, known as the “democratization package”, regulates “discrimination” as well as “hate crime”. “A person who bars the selling, handing over or renting movable goods or real property to a person; who prevents a person from using of certain service offered to the public; who bars employment; and who prevents a person from running a regular economic activity, because of hatred stemming from the difference of language, race, nationality, color, gender, disability, political views philosophical belief, religion or sect, will be sentenced to prison for a period of one to three years,” the Bill states.
Imprisonment for strike and boycott
Actions such as strike and boycott will be punishable by imprisonment for 2 to 5 years due to “prevention of education and public services”. There are many obstacles brought forward against Meetings and Demonstration Marches under the name of “democratization.”
Regulations on Demonstration Marches
The Bill also requires that place and route for meetings and demonstration marches be determined by the biggest administrative chief in the area taking the opinions of mayor, political parties, trade bodies and trade unions.
Education in Mother Language Only at Private Schools
Education in mother language will be allowed only at private schools. Election candidates would be allowed to make propaganda in languages and dialects other than Turkish.
Kaos GL Association made a statement about the Bill, saying that “the State is a shareholder of hate against LGBTI people by making it invisible.”
“The government ignores the demand of LGBTI people for equality,” said Kaos GL, criticizing that hatred based on Islam in an “allegedly 99% Muslim” country is considered more vital than homophobia and transphobia.