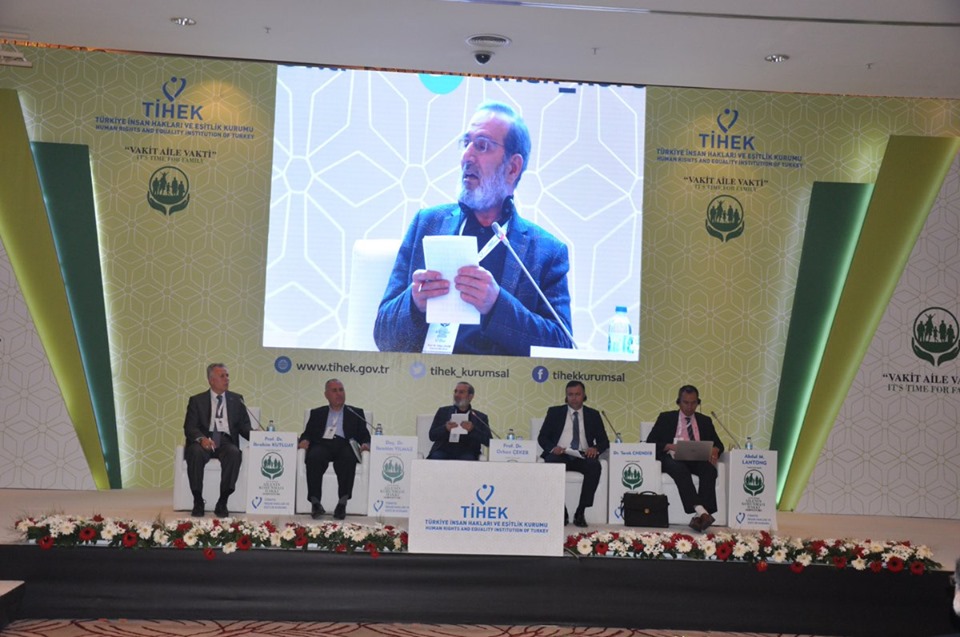 Turkish Human Rights and Equality Institution (TİHEK) was established on the grounds of a law ignoring LGBTI+s. The institution that previously rejected an application regarding an obvious discrimination case against transgender women, and a member of their council shared posts including hate speech against LGBTI+s, currently continue functioning as a “human rights” institution without ending its hateful discourses against LGBTI+s during a symposium they organized.

We want to remind that aim of its establishment is to protect and promote “everyone’s” rights, the most vulnerable communities in particular. By doing so, TİHEK should reference the jurisprudence of United Nations, Council of Europe and European Court of Human Rights as well as the anti-discrimination article of Turkish Constitution. Thus, the first sentence of the general preamble of TIHEK is: “The fact that nobody is exposed to discrimination regarding the protection of fundamental rights and freedoms drawing the frame of a life worthy of human dignity, development of these rights and enjoying them, and everybody is treated equally are an essential element of our common civilization heritage, root values upon which our society is based as well as universal norms”.

In spite of the universal norms protecting LGBTI+s’ human rights just like everyone else, discrimination based on sexual orientation, gender identity and sexual characteristics has never been highlighted in the articles and preamble of TIHEK law. In this regard, civil society has foreseen that the institution would not be a responsible body for protecting human rights but would itself violate them. These reservations were mentioned by the opposing parties and texted within the parliamentary minutes. This situation demonstrated that, this inclusive political perspective in the parliament was not reflected on the legislation.

Unfortunately, TIHEK has not only ignored LGBTI+s, the community who are exposed intense violence and human rights violations most. One of the members of the institution did not hesitate to share a homophobic post on social media saying “Pride? Whose pride or what kind of love is it? Love bounds two different sexes”. Another example has happened during the “International Symposium on Protection of the Family Right”. One of the panelists of the symposium, Prof. Dr. Orhan Çeker, told: “LGBT and similar shamelessness are the attempts to vanish family and human beings”. Later on, TIHEK has shared this hate speech on their official social media accounts. Such obvious hate speech and hateful discourses targeting LGBTI+s are the sources of lynch campaigns and human rights violations that legitimize such acts.