Turkish Supreme Board of Radio and Television (RTUK) fined three channels an amount of 12,353 TL (approx 5370 USD) each for ‘sexuality.’ 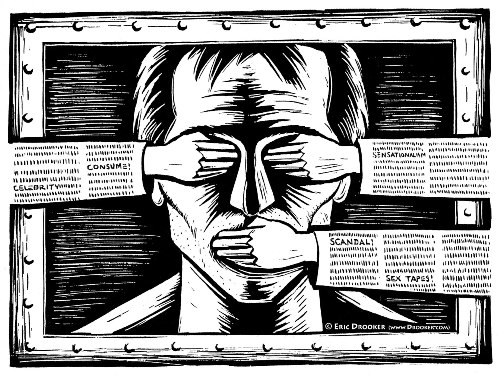 Turkish Supreme Board of Radio and Television (RTUK) fined three channels an amount of 12,353 TL (approx 5370 USD) each for “sexuality.”
RTUK asserted that the cause of the fine was the appearance of a lesbian relationship in the movie “Illegal in Blue” broadcast on Channel MGM: “It is identified that the sexual intercourse which [was shown] is defined as a lesbian relationship between two women. It was established that the movie violates the article that states ‘broadcasts must not be obscene.’”
“Strawberry flavored condom” is a cause for punishment!
According to RTUK, another reason for the fines is a dialog on “strawberry flavored condom.” A fine has been issued to the TV series “Ah Biz Kadınlar” (“Oh Us Women”) broadcast on TV 2 on account of the fact that, “In dialogues, strawberry flavored condoms are mentioned. The messages which are given on TV during the hours when children are watching must be selected carefully.”
The movie “Crossing Over” broadcast on Moviemax Premier had its share on the grounds that: “Two naked characters are having a conversation in bed. The scenes identified include an appearance of a woman’s sexual organs and make them a focus and agitate feelings of shame and shyness [in the wider community].”
Translation: LGBTI News Turkey