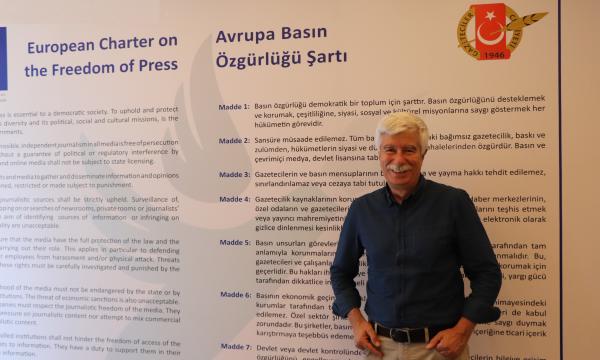 "As a newspaper reacting to a series that has not yet been aired, Akit is a pressure group that fears rainbow colors. Netflix explains that the series will tell the story of 'the struggle and adaptation processes of a group of excluded teenagers' but they insist that homosexuality will still be told in the series. The source they're based on is the post of a fake account on social media. Obviously, the goal is to pave the way for interference in the broadcasts of platforms like Netflix rather than blocking this series.

"The sad thing is that the president of RTÜK also supports the campaign by statements like 'we're keeping an eye on them' and 'we're not going to give way to publications that will disturb the community' instead of saying 'we can't interfere with an unpublished series'.

"Unfortunately in this way, the mindset that directs the RTÜK can identify itself with the mind of Akit. With this understanding, they are showing the stick to the broadcasters all the time, if that fails they shower them with penalties. This attitude of RTÜK management, which takes away the entertainment from televisions, causes uniform, colorless, unexciting broadcasts, kills creativity in tv shows, and prevents different ideas in news programs. Their work is to impose their own moral understanding on the whole public. When I was a member of RTÜK, I was constantly objecting to this mindset.

"I hope that The Akit-RTÜK solidarity about this series of Netflix will not be the reason for the immediate start of RTÜK's audit activity on radio and television broadcasts on the internet. Because with this mindset in charge, they will want to make the optional, on-demand platforms and, more importantly, radio-tv broadcasts on the internet to other channels that they keep on a tight leash.

"As Barış Terkoğlu, who was imprisoned for journalism activity, said in today's article, Turkey was once a cheerful country and now 'Morality has increased, conservatism has turned into a stick'. RTÜK's function is exactly that, using the stick more and more frequently."