Furkan Hancıoğlu wrote for the book "Discrimination at Workplace and Fight Against Discrimination" compiled by Kaos GL. 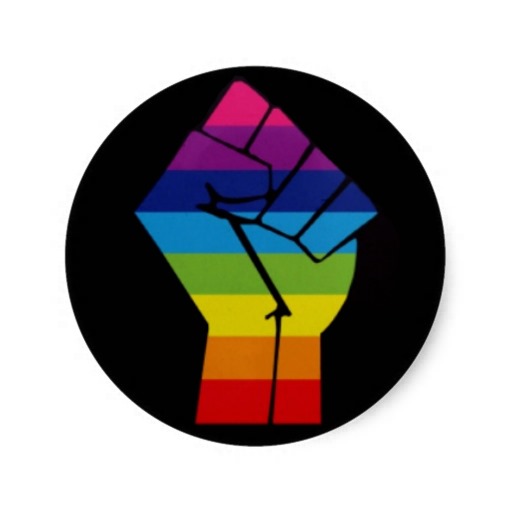 Furkan Hancıoğlu wrote for the book "Discrimination at Workplace and Fight Against Discrimination" compiled by Kaos GL: Unions’ battle and LGBTI movement.

Ongoing relations of societal life build gender just like they do other features such as class, language, religion and ethnicity. Gender is biological however equally socially-constructed, which is why it is importance in the identification of other sexualities and making sense of them. From primitive life forms to today’s modern societies, one will see that the definition of sexuality has been reproduced historically and socially in almost all eras. This leads to the creation of varying levels of acceptence by society towards “different sexual orientations”.

When the heteronormative and patriarchal characteristics of life are taken into consideration, one will see that other sexualities with strong “differences” are met with practices of exclusion, discrimination and subalternity. Perhaps one of the best ways to comprehend this is to understand the hegemonic respresentation of men over women. While becoming dominant through the means of paternalist institutions and relationships, the masculine tyranny reproduces the “differences” of gays in the form of stigmatized “otherhood” in today’s world. The recognition of homosexuality and other sexual orientations in the form of lesbian, gay, bisexual, trans and intersex (LGBTI) is therefore important for its ability in affirming these expressions. In this context, collective organizations who represent LGBTI people and groups have a vital role in the acceptance of these identities on a societal level. At this point, in the acceptance of these identities on an individual and societal level, new opportunities emerge from the perspective of other movements to answer the following question: “Are LGBT organizations sufficient?”

In modern days, it is a fact that social life is not only built around identity awareness. Because the capital-labor conflict and labor exploitation created by the dynamics of capitalism concretize the borders within the class systems even more. One of the most striking strategies applied by capitalism’s neoliberal politics on class awareness is to emphasize identity differences in a globalizing world. This is why, it would not be wrong to say LGBT organizations have another vital role. In this sense, the importance of “Unions and Their Battle” in the lives of LGBTs (labor, daily needs, municipal, organized etc.) emerges as a subject that requires more thinking. And here is a question for which we need to seek answers: What is the place of LGBTI movement within the union struggle and how are they (or can they be) represented?

The answer to this question has the potential to be as diverse as the practices of each and every “different sexual orientation”. Because each and every lesbian, gay, bisexual, trans and intersex identity show differences in their expression and forms in society. It is possible to see this especially when we look at the processes of exlusion and getting sidelined. However, here we should ask whether or not the LGBTI movement includes a class perspecive in its experience of identity struggle. Here, we face another question. How was gender defined in the history of labor as a category(1) and who was its subject in its representation?

We could argue that the two questions we just asked have a dialectic relationships between them. In order to answer the first question, it will be better to give priority to the second one. Here, I would like to clear that my goal is not to search for a scientific or academic answer, but rather contribute and try to give suggestions to the relationship between the LGBTI movement and the union movement.

The perspective that minimizes gender to biology and builds it the same way in society secures the place of patriarcha as a system. The hegemonic representation of men’s role in this patriarchal structure puts women’s status in a secondary place and uses it to advance its power. This is why it is important to remember that patriarchy has a restructring power(2) over its subjects, just like capitalism does. On the other hand, patriarchal capitalism and material/financial ground which is the basis of patriarchy in capitalism points at the masculine control of men over women’s labor. In order to control this and to reproduce masculine power, women’s access to certain fundamental and key resources need to be controlled, ultimately leading to caging women’s bodies(3). This is one of the ways to look at the building and transformation of masculine hegemony and the different sexualities from primitive communities to today’s society.

We will see that patriarchy, in the heteronormative structure of the rebuilding of gender, defines itself in a way it can reproduce its own hegemonic representation and practice. Capital-labor conflict created by the dynamics of capitalism puts obstacles in front of class awareness and sidelines other identity mechanisms. This is why it is important to look at not only the inequalities and human rights violations in the labor market but also at how different identities strive for recognition and equality against hegemonic factors. At this exact point, a new need to move the sidelined LGBTI movement to a different platform emerges. In this regard, unionist struggle is not important only for the acceptance of identities in society; it is important also because it symbolizes the fight of LGBTI movement, which is sidelined and stigmatized in many areas as well as in the labor market, for human rights and against the hegemonic conditions of labor market. It is, therefore, time for the identity awareness represented by the LGBTI movement to critically look at the class structures which unions are located in or are opposing.

Following the short debate above, we need to think about the definition of unions and unionists struggle. The is one important point which should not be overlooked: No definition of unions and union movement can be made independently from what capitalism means. Because capitalism fabricates new terms and concepts independently from the class issue when it comes to explaining matters, events, actors and institutions who are unique to capitalism in terms of structure. In the 20th century, unionism as the representative of the working class was not only the representative of paid labor but also a symbol of an ideological and politcal represenation. Capitalism not only transforms factors which effect social life but also formal structures that bore an opposing position against itself. In short, unionism that was born in a certain time of capitalism needs to be seriously distinguished from unionism today. This is exactly why we need to look at unionism in a historical context without overlooking the growth stages of capitalism and the movement against it(4). That being said, we can bring a critical perspective to the exploitative system of capitalism in labor market and the class struggle of sidelined sexualities in the process of reproduction of heteronormativity and patriarcha.

It is vital to keep an eye on identities in a globalizing world which is getting demolished by today’s neo-liberal politics. Capitalism, while expoliting labor with endless effort, works non-stop to put barriers before the creation of class awareness. One of the most visible forms of this can be seen in the politics applied to the LGBT movement. We can say that defining the sexual lives and expressions of LGBTIs as “different sexual orientations” is an act of stigmatizing and praising the heteronormative and patriarchal characteristics of society. Plus, the exploitation of women’s labor -just like women’s status getting pushed to secondary importance- perpetuates to the act of marginalization of individuals and groups with “different sexual orientation” and affirming this action. Under these circumstances, the need for identity to express itself and find forms of survival cannot be studied independently from the class factor. This approach is important for the explanation of the following issues: According to whom are LGBTI identities “different”? And why are they stigmatized after being labelled as a “different” category?

Within the framework of all the discussions until now, I would like to express a few recommendations with regard to the relationship between the LGBTI movement and the unionist movement:

1. It is vital for LGBTI individuals to take place and be represented at unions in order to challenge the notion that their sexual orientation is “different”. By doing so, the LGBT movement will no longer be perceived as a threat to the social borders and will become a natural existence just like heterosexuality.

2. When we think about the union movement as a form of answer and action against inequalities created by the dynamics of capitalism, it will be more possible to establish a mass resistance which is based on class and identity against the exclusion and stigmatization of and discrimination against LGBTI people in labor market.

3. Representation of LGBTs at unions can be transformed into a symbol of resistance against capitalism’s fight with class awareness. The best result of such possibility or effort would be to validate Kaos GL Magazine’s motto one more time: “Liberation of homosexuals will also free heterosexuals.” This approach can come true with the LGBT movement becoming more visible in the union movement and the working class coming together in one combination -from a Marxist perspective- despite its differences. That is exactly when our world will carry the rainbow colors for all equalities and liberations.