"LGBTI+'s Freedom of Expression and Censorship Conference"continued with its second session where freedom of speech and censorship in publishing were discussed. 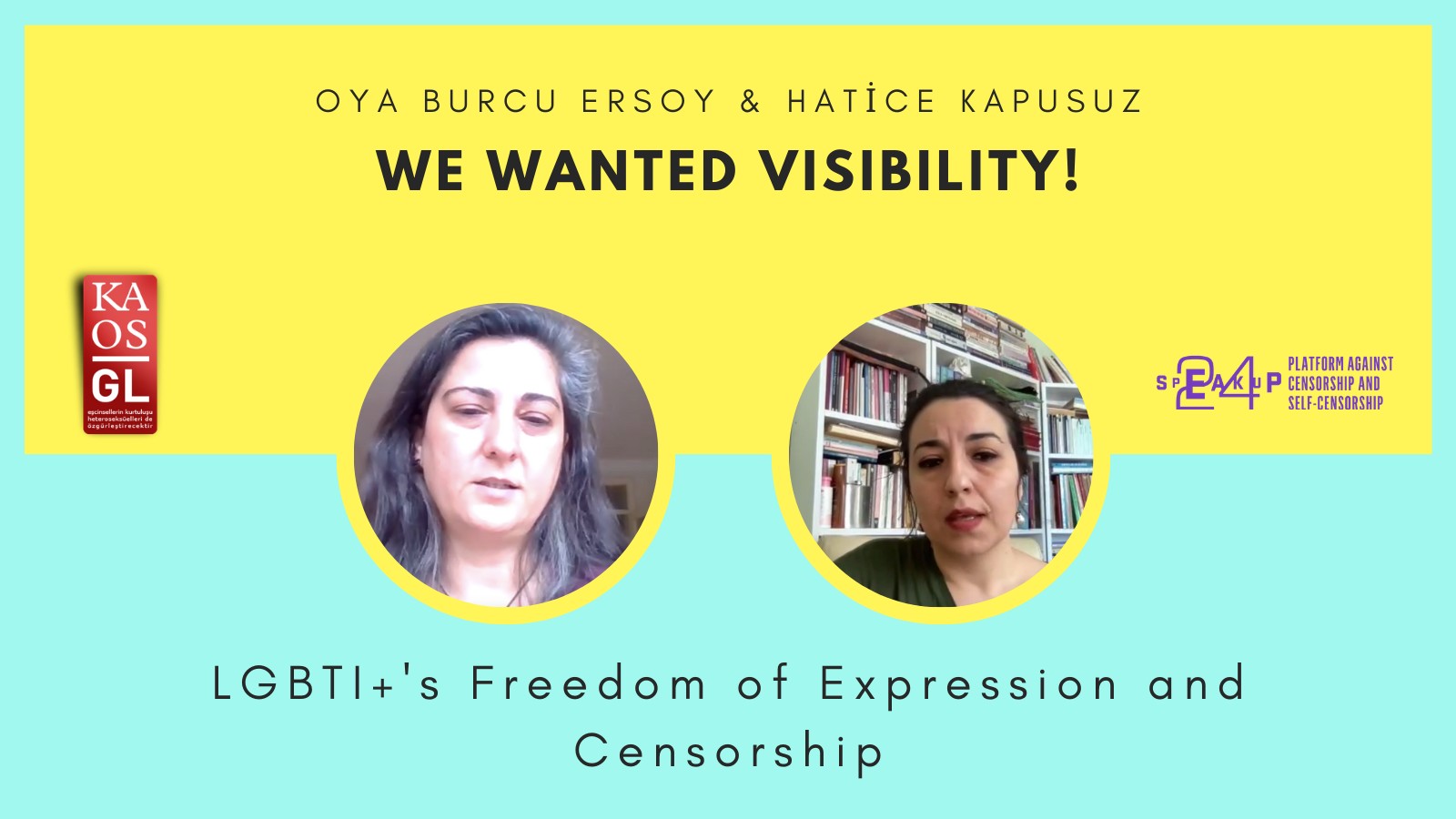 Oya Burcu Ersoy and Hatice Kapusuz were the speakers of the session moderated by Umut Güven.

The first speaker of the session was Oya Burcu Ersoy with the speech titled "L* State of Love as a Freedom of Expression Space". Ersoy pointed out that the Women's Story Contest is not actually focused on "competition" but on the story and side diversification on the way to the L* State of Love book series, and mentioned the need for the theme "There is Happy Love":

"We wanted visibility, yes, but it wasn't a visibility that is compressed into a bad profile. We wanted to see stories of lesbian and bisexual women who were negatively imaged in the publication world and in the media. We found it valuable to be visible to ourselves and to replicate it by sharing it."

Saying "I can safely say that as someone who has been involved in the Women's Story Contest organization for 16 years, I have not censored any of the stories"; Ersoy said the competition will continue in the hope that it would promote sharing against self-censorship, inspired by its point of origin.

The second speaker of the session, Hatice Kapusuz, started her speech titled "Censorship and Mischief Board in Children's Literature" with the questionnaires "What is a child?" and "What is a child in the eyes of the state/society?" to get the answers of the conference participants. Kapusuz gave information on the history and censorship criteria of the Mischief Board under the influence of the view of the child, as a subject who could not be equally related, through the eyes of society and the state.

After giving examples of books recently censored by the Mischief Board on the grounds of "can harm children's mental and emotional health and balanced development and have a negative impact on children's personal development and spirituality”, Kapusuz ended their speech by saying "By drawing the line between censorship and protection, we have the responsibility to produce works that will not be caught by the Mischief Board".