Which country asked what to Turkey at UN?

We have compiled the questions and advice about LGBTI+ rights from the United Nations ​Universal Periodic Review – Turkey. 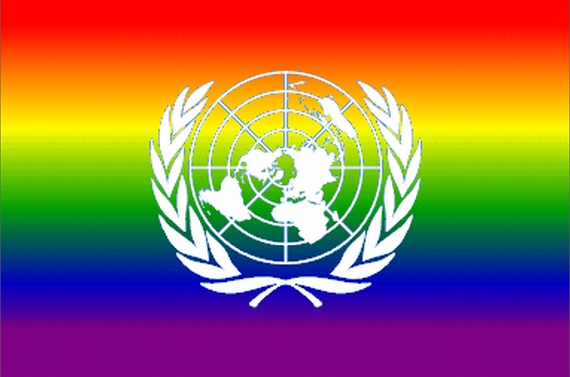 Kaos GL participated in Turkey's Universal Periodic Monitoring process by presenting two reports to the UN. The first of these reports was prepared in collaboration with ERA, SPoD and The Red Umbrella and laid out a comprehensive picture of LGBTI+ rights. The other report was in partnership with Frontline Defenders, ISHR and the Monitoring Association for Equal Rights and focused on the state of human rights advocates. Kaos GL also met with the state delegations, UN institutions, and the EU Delegation in Geneva between 8-13 December 2019.

CLICK HERE - Oppressor in Turkey denier in the UN!

We have compiled the questions and recommendations of the states for KaosGL.org readers.

Belgium: Which effective mechanisms is the government of Turkey implementing to guarantee freedom of expression, freedom of the press and freedoms of association and peaceful assembly? Is special attention foreseen for the LGBTI community in this regard?

Sweden: What measures will the Government of Turkey take to effectively eliminate all forms of discrimination against LGBTI-persons?

United Kingdom: In light of the recent bans on LGBT Pride Marches in both Ankara and Istanbul, how will the Government of Turkey ensure that the provisions of “public order”, “public health”, and “public morals” are not used to violate the right to freedom of peaceful assembly and association of rights defenders of LGBT individuals?

United Kingdom: What steps are the Government taking following the lifting of the State of Emergency to ensure that people can gather and protest peacefully, including by lifting the repeated bans imposed on LGBT events, the “Saturday Mothers” and other peaceful demonstrations across the country?

USA: The United States remains concerned by those provisions of Turkish law that unduly limit freedoms of expression, peaceful assembly, and association.  In Istanbul, the authorities have blocked the peaceful protest of the Saturday Mothers group.  In Ankara, the governor has implemented a ban on LGBTI assemblies, despite a court ruling in their favor.  The government is investigating thousands of people for social media posts that appear to be protected by the right of freedom of expression—something guaranteed by the Turkish Constitution and Turkey’s international legal obligations.  What will your government do to ensure that these rights and legitimate expressions of opinion are protected and guaranteed?  How will you ensure authorities do not continue to abuse anti-terror laws and insult laws, which lead to the stifling and penalizing of free speech?

In addition to the questions, the states have presented their recommendations to Turkey to be evaluated and answered before the 44th session of the Human Rights Commission.

Argentina: Promote measures against discrimination based on sexual orientation and gender identity, which include, among other things, the conduct of investigations and, where appropriate, the punishment of perpetrators of acts of discrimination and violence against LGBTI persons.

Australia: Guarantee the rights to freedom of expression and assembly, including by lifting bans on LGBTI public events, and ensuring relevant laws are implemented in a manner that does not curtail fundamental freedoms and ensures a proportional and legitimate response to protest activity.

Canada: Uphold the Law on Assemblies and Demonstrations to limit arbitrary restrictions on freedom of assembly, including on peaceful gatherings by the LGBTI community, women’s rights organizations, and opposition parties.

Chile: Step up efforts to investigate, prosecute and punish any act of discrimination or violence based on sexual orientation or gender identity and to adopt comprehensive legislation to prevent and punish such acts.

Finland: Implement its antidiscrimination legislation and to extend it to include sexual orientation and gender identity.

Germany: Prevent misuse of provisions concerning "public order", "public health" and "public moral" to ensure freedom of assembly and association for all citizens, including LGBTI persons.

Honduras: Adopt an antidiscrimination law to prevent any type of discrimination based on ethnicity, religion, sexual orientation or gender identity.

Iceland: Condemn hate speech and hate crimes towards LGBTI individuals, effectively investigate and prosecute such cases and lift the ban on LGBTI events and pride marches.

Italy: Take further measures to prevent any form of discrimination based on sexual orientation and gender identity.

Luxembourg: Remove obstacles to freedom of demonstration, including for events organized by the LGBTI community.

Malta: Consider lifting the ban on LGBTI events in Ankara and protect Pride Marches and other demonstrations.

Malta: Consider including LGBTI organisations and involve their civil society representatives within the government’s decision-making processes.

Mexico: Guarantee the right to freedom of assembly and association in particular through the elimination of the prohibition of events organized by the LGBTI community.

Myanmar: Make efforts to reduce discrimination and social isolation due to sexual orientation.

Netherlands: Improve freedom of assembly, by repealing bans on peaceful gatherings, including those of the LGBTI community, as well as freedom of expression by implementing article 7 of the Anti-Terrorism Law, which states that “criticism” cannot be criminalized, and by decriminalizing articles 216, 299, and 301 of the Penal Code.

Norway: Ensure and practice non-discrimination on the basis of sexual orientation and gender identity.

What happened at the meeting?

Deputy Minister Faruk Kaymakçı claimed that LGBTI+'s have the freedom of assembly and demonstrations despite indefinite ban on LGBTI+ events in Ankara which is in effect for more than two years, İstanbul Pride March ban since 2015, the Pride Week bans in Mersin, İzmir and Antalya of last year, and the ban on İstanbul Queer Olympix sports event. "Regarding the freedom of speech and demonstrations, LGBTI's held 97 activities in 2017. 20,000 people attended to them. 119 people were detained for violence. There is no systematic prohibition" Kaymakçı said.

Kaymakçı defended the fact that LGBTI+ rights are not explicitly protected by the law: "The 10th Article of Turkish Constitution says "Everyone is equal before the law without distinction as to language, race, color, sex, political opinion, philosophical belief, religion and sect, or any such grounds" the statement of "any such grounds" here, covers sexual orientation and gender identity. Therefore there is no need to explicitly state sexual orientation and gender identity in other articles."

On the other hand, the UN, EC, EU and many human rights organizations underline the importance and necessity of explicit inclusion of sexual orientation, gender identity and gender characteristics in the constitution and laws for the use of human rights.

The government also claimed that they have discussed with "all of the stakeholders" in the preparation phase of state report and Human Rights Action Plan process, but in reality, no communication was established with LGBTI+ organizations in these processes.