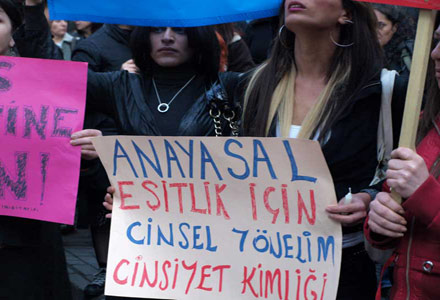 Attorney Hulya Gulbahar evaluated the proposed changes to the Turkish Penal Code apropos sexual assault: “This is social engineering. LGBTIs are intentionally being forgotten, ignored. How can one call it a reform while excluding LGBTIs?”
Sexual orientation and gender identity for constitutional equality
The blanket bill* of changes to the sections of the Turkish Penal Code concerning sexual assault against women and children have been debated quite a bit and are still being discussed. Women’s rights organizations stated that the proposed changes will ease punishment for a number of crimes and will set free many rapists and abusers.
Flirt is becoming a crime
One of the problems under debate is the section of the proposed changes that increases prison sentences for relations between youths aged between 15 and 18. Women’s rights organizations have emphasized that this proposal “incorporates the act of flirting into the definition of a crime.”
The organizations stated that youth flirting and “underage and forced marriages” are two separate issues. “Neither the society nor the laws should be introduced to such a conceptual confusion on this issue. It is a shared responsibility for all of us to protect children from abuse; forbidding youth from expressing sexuality is a conservative policy that would produce new social rights violations.”
In the wake of the debates and the objections to the administration’s attempt at “conservatization” and “social engineering,” Attorney Hulya Gulbahar evaluated the proposal from an LGBTI perspective. 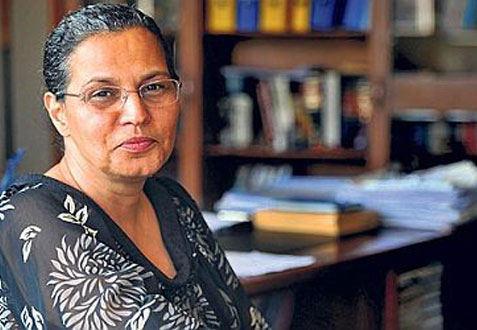 “How can one call it a reform while excluding LGBTIs?”
Gulbahar, who noted that while the administration is discoursing about protecting women and children, it is actually enacting legislation in the opposite path, stated:
“Yet again, we are debating the Turkish Penal Code. The administration talks about ‘protecting’ women and children but there is no mention of crimes committed against LGBTI people! Yet, the Turkish Penal Code defines and regulates crimes. It is necessary for people to be protected from crimes while not being subjected to discriminatory practices. Yet, in this package of so called ‘reformation,’ there exists not a single word regarding LGBTIs. Just a few days ago, a defendant was rewarded with ‘provocation’ and ‘good behavior’ in the case of a trans murder. How can one call a proposed change in laws ‘reform’ when it does not incorporate the rights of LGBTI individuals, whose human rights, including that of freely walking down the street, are being violated systematically?”
The same tune since 2005!
Gulbahar noted how sexual orientation and gender identity were excluded from the 2005 anti-discrimination law proposal:
“We experienced the same debate with the ruling party, the AKP, in 2005. We succeeded in adding an amendment against discrimination against LGBTI people to the proposed legal changes after intense struggle and extensive effort. But they removed this amendment from the final revision of that proposal… And so, not only were LGBTIs expunged from protection under the Turkish Penal Code, but also the society received a message that legitimized all forms of discrimination and violence against LGBTI people.”
“LGBTIs are intentionally disregarded”
Gulbahar, who noted that LGBTIs are intentionally being disregarded, evaluated these practices as the product of a certain social engineering project and added:
“They are yet again effacing the topic in the package of Turkish Penal Code changes being debated in the parliament. This is because the desire is for the continuance of the ongoing discrimination and violence. Indeed, regarding sexual crimes, there exists in this proposal an open ended medicalizing emphasis of ‘illness’ that may lead to surgical castration. With regards to theft and drug-related charges, the punishments are extremely heavy. These are the product of a social engineering project… It is also a necessity of such social engineering to maintain silence on all sorts of identity-based crimes against LGBTI people. An intentional forgetfulness/ disregard… A dangerous silence…”
Translator’s Note:
“Torba yasa tasarısı / değişikliği,” here translated as “blanket bill of changes,” is a type of proposed changes to laws and regulations on a range of diverse areas, rather than a specific legal issue. In Turkey, as in abroad, this political strategy is employed often when the proposed changes to law include controversial items that would not be approved by themselves or when some changes, often buried into the “bag of changes,” take away certain rights from citizens or enable governmental and/or corporate corruption, while others, often emphasized during the promotion of the “bag,” provide changes perceived to be positive.
Translation: LGBTI News Turkey