A parliamentary question from HDP Istanbul Deputy Züleyha Gülüm for Vice President Fuat Oktay to answer: "Are there any ongoing investigations against those who committed crimes in accordance with TPC 216/1; inciting enmity and hostility within the public towards LGBTI+'s?" 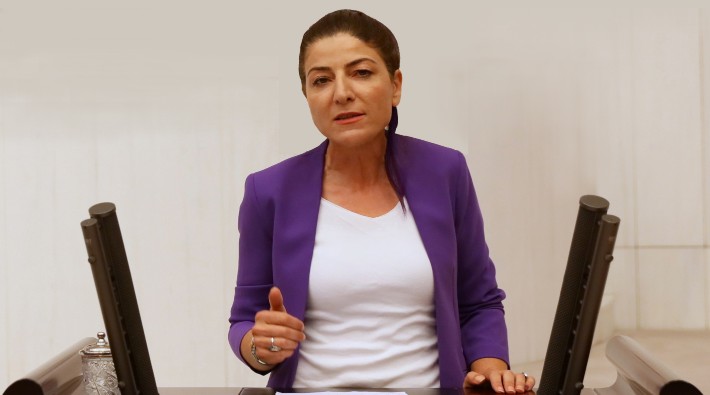 Peoples' Democratic Party (HDP) Istanbul Deputy Züleyha Gülüm addressed the hate atmosphere and organized attacks against LGBTI+ people over students who used their right to protest against the trustee rector of Boğaziçi University.

Referring to the raids and activity bans against BÜKAK and BÜLGBTI+ clubs of Boğaziçi University, Gülüm reminded that the ignoring and targeting the LGBTI+'s is a violation of the principle of equality which is under the guarantee of Article 10 of the Constitution.

The introductory text of the question submitted by Gülüm is as follows:

"Student protests against the undemocratic appointments made to the universities were met with unlawful interventions, hundreds of students were detained and were subjected to sexual harrasment, violence and torture in the hands of the police.Smear campaigns of the government , together with labels of 'terrorists', 'perverts' have caused lynch attempts against the students and their supporters.”

"The reactions to an artwork featuring the Kaaba in an exhibition in the Boğaziçi University campus turned into a campaign that targeted LGBTI+ people, and representatives of the political power, especially the Minister of Interior, made discriminatory stateements and openly incited hatred. In the investigation, LGBTI+ banners and flags were confiscated and declared as criminal elements, 2 of the 4 detained students were arrested, and 2 students were released under judicial control."

"Although it had nothing to do with the exhibition and they were not the clubs that organized this exhibition, a search raid was made in the BÜKAK and BÜLGBTİ+ club rooms with the prosecutor's instructions within the scope of the investigation, the door lock of the club room was changed and the entrance to the room was blocked without even informing the club members and consultant professors."

“An administrative investigation was also initiated by the Rectorate; the processes required by Boğaziçi University's regulations, directives and traditional practices were not implemented, all kinds of methods that violate the autonomy of the university and the culture of democracy were used and the activities of the club were stopped on the pretext of the exhibition.”

The questions to be answered by Vice President Fuat Oktay are as follows:

“Isn't it a crime of hate and discrimination to call students 'perverts' by the Minister of Interrior personally regarding the exhibition held on the Boğaziçi University campus?

Isn't it a violation of the principle of equality protected in Article 10 of the Constitution to ignore LGBTI+'s and present them as a target?

Aren't the state bodies and administrative authorities obliged to act in accordance with the principle of equality before the law? Are there ongoing investigations against those who committed crimes in accordance with TPC 216/1; inciting hatred and enmity towards LGBTI+'s?

Will you attempt to free the students arrested over an artwork displayed within the scope of freedom of expression?

Isn't it unlawful to search and stop the activities of BÜKAK and BÜLGBTİ clubs under the pretext of the exhibition?

Isn't it against the law to intervene in peaceful protests organized by students which are totally in accordance with the law on meetings and demonstrations?

Is there an ongoing investigation against the police officers who assaulted, tortured and sexually assaulted students during protests and in detention centers?

Will there be a regulation to end political interference in the democratic cultures and autonomous structures of universities?"