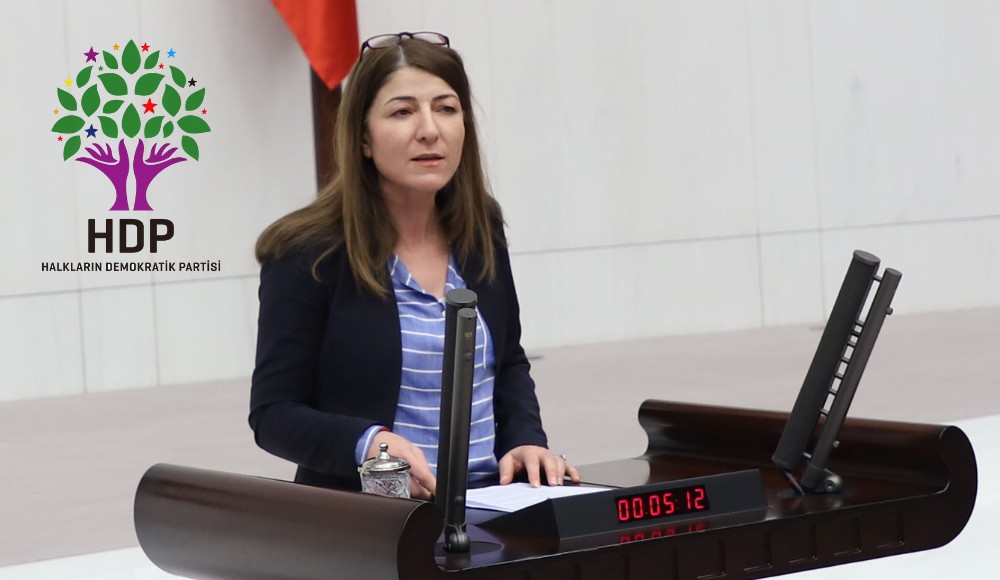 Gülüm, who had asked Minister of Justice about the tragedies befallen Caner last year,  remained unanswered , although it had to be answered in 15 days. Therewith Gülüm, made a parliamentary question again.

Reminding that Caner had been exposed to physical and sexual assault both by the guardians and the other prisoners, they had been directed to suicide by the guardians, their applications and letters had not been forwarded and they were exposed to systematic homophobic discrimination,  Gülüm said:

“According to Internal Regulation, Article 99 written parliamentary questions have to be answered in 15 days, however our present parliamentary question remained unanswered just like many others. Phycological, physical and sexual violence against LGBTI+ prisoner Memiş Akbaş, had gone on during this period and the prisoner remarked that the oppression in the prison had increased due to complaint petitions and parliamentary questions, in the letter written to  Civil Society in the Penal System Association (CİSST).”

“Will a prosecution be brought against staff members?”

Gülüm asked the Ministry of Justice:

1) Why LGBTI+ prisoner Memiş Akbaş’s complaint requests, related to physical and sexual assault they were exposed to by guardians and by the other prisoners in Eskişehir Prison, were not considered? Will these claims be investigated by your Ministry?

2) Why did our parliamentary question, regarding the issue, remain unanswered? Isn’t it against Article 99 of Internal Regulations?

3) Having received the complaint requests and tabled the parliamentary question, violence and oppression against  prisoner Memiş Akbaş increased. Are you going to make a provision against  it, that is to say will searching right to legal remedies continue to cause more oppression?

4) Why did Memiş Akbaş hold in the same ward with their rival although they mentioned that they didn’t have life safety? Are you going to take precautions in order to provide security of life for the prisoner?

5) Are you going to bring a prosecution against staff members, who assaulted Akbaş physically and drove them suicide despite discrimination and torture prohibition?

LGBTI+ prisoner, who complained due to torture, is being tortured due to complaint!

Caner tells that they are exposed to excessive oppression and violence in the letter, they wrote to CİSST, in March 7.

“I was suddenly placed a ward where my rival is also there, in March 4. I really experienced very hard times, I had to cope with tragic events. And all of them happened in front of the cameras which take place out front of the wards, at the forefront.  Moreover one my wardmate told that an on duty officer, called E., I don’t know his surname, said them ‘When you go in, lay on Memiş and injure him seriously, we are going to back you up.’ Thankfully, my friend told me everything. I am on the razor’s edge at the moment. They make life miserable for me here. I know no one to appeal for help except you. I am waiting for your immediate aid. I am exposed to hate crime and violence due to being an LGBTI+ prisoner and I am driven to suicide by the institution.”