Pink Armenia and Kaos GL made a joint statement in the centenary of the Armenian Genocide, commemorating those killed, and underlined that they will fight against homophobia, transphobia, racism and nationalism together. 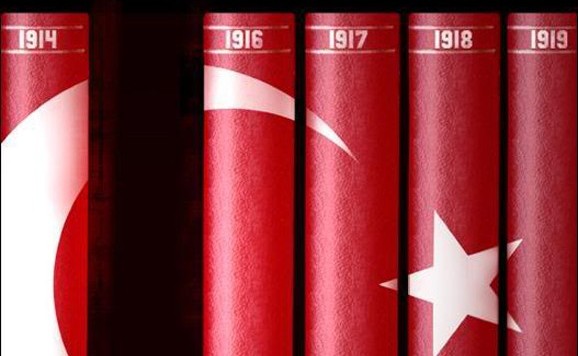 Pink Armenia and Kaos GL made a joint statement in the centenary of the Armenian Genocide, commemorating those killed, and underlined that they will fight against homophobia, transphobia, racism and nationalism together.
In the centenary of the Armenian Genocide, LGBTI organizations from Armenia and Turkey commemorated everyone killed a hundred years ago.
Pink Armenia and Kaos GL expressed in a joint statement that the Great Crime is an unpardonable and irreversible one and stated: “the way to be liberated with the ‘rainbow’ is through giving voice to the truths that have been overshadowed by nationalism.”
Here is the full text of the statement:
One hundred years ago, a huge crime was committed on the land that we have been living together, one unpardonable, irreversible crime, which can by no means be compensated. In order to shatter Armenian people, their culture, social and economical set up into pieces, the Great Crime/Meds Yeghern caused pains that cannot be located in the language of cold statistics. In the process of massacre, Assyrian and Greek people in Turkey had also been the target of systematic extermination policies. We still witness the effects of the unpardonable Armenian Genocide that had been initiated by Ottoman Empire.
“We commemorate everyone killed, express our call for confrontation once again”
We, as LGBT organizations struggling against homophobia and transphobia in Armenia and Turkey, call both LGBT and overall public societies to confront with what had been lived. We recapitulate our call for confrontation with genocide and protect our lives dimmed by hands of nationalism and state policies. As well as being against homophobia and transphobia, struggling against racist, nationalist and sexist policies in our region, We, as Pink Armenia and Kaos GL, commemorate everyone killed a hundred years ago and express once again that we share the painful memoirs and are in solidarity with the Armenian population scattered all over the world.
“We can only pass beyond borders by creating horizontal networks”
Today, struggling against racist and nationalist ideologies of homophobia and transphobia, which have intertwined with racism and nationalism both in civil society and public space all throughout the countries in our region including Turkey and Armenia that resulted in genocide, is more important than ever. State-handedly institutionalized racist and nationalist discourses turn borders of our countries into impassable borders in between communities. The way to pass beyond the intercommunal borders is to act with solidarity via creating horizontal networks. Only our struggle will make it possible to get rid of abstract discourses of equality, justice and freedom, and to put our struggle at the center of our lives.
The way to liberation: Giving voice to the truths overshadowed by nationalism
The Armenian Genocide is a source of shame for all humanity. This shame and the scars of this massacre left us with big questions to answer. Assassinated by the people of 1915 mentality, the question posed by Hrant Dink, the Chief Editor of Agos Newspaper, is still waiting unanswered:
“Are we to act just like the responsible persons of the past extreme catastrophe or shall we take our lessons from past errors and write the new pages like civilized human beings?”
We, as Pink Armenia and Kaos GL, will strive to find answers to this question through our struggle. The way to be liberated with the “rainbow” is through giving voice to the truths that have been overshadowed by nationalism.
Pink Armenia & Kaos GL