Michael Barron from BeLonG To in Ireland, Michael Hausermann from Dialogai in Switzerland and Katarina Stenkvist from RFSL in Sweden will discuss the reality of LGBT students at the 2nd Symposium. 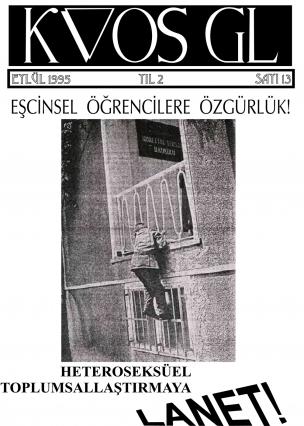 Michael Barron from BeLonG To in Ireland, Michael Hausermann from Dialogai in Switzerland and Katarina Stenkvist from RFSL in Sweden will discuss the reality of LGBT students at the 2nd Symposium.
Targeting strengtening forms of solidarity and the human rights movement, the Symposium will host guests from academia, politics and civil society in Ankara.
LGBT activists from Belgium, Germany, the Netherlands, Ireland, Switzerland and Sweden will be in Ankara to speak and debate on sexual diversity and ways of combatting discrimination in education, school bullying and other intersectionalities of discriminations in education. The opening will take place on December 13th at 13:00 at Çağdaş Sanatlar Merkezi (Contemporary Arts Center). Dominic Hannigan from Irish Labour Party will get together with parliamentarians from the Turkish National Assembly.
To bring visibility to the forms of violations and discriminatory treatments that LGBT students face in education and to debate on the social rights of LGBT society in general, the Symposium chose “Right to Education” as its main title in 2013.
Sexual Diversity and the Recognition of LGBT Students
Moderated by Begüm Başdaş from Istanbul Bilgi University, “Sexual Diversity and the Recognition of LGBT Students” panel will take place on December 13, Friday between 17:00-18:30.
Michael Barron from BeLonG To in Ireland, Michael Hausermann from Dialogai in Switzerland and Katarina Stenkvist from RFSL in Sweden will be the panelists of this panel. They will tackle the following topics:
Michael Barron, BeLonG To, Ireland
“BeLonG To, Ireland’s national service for lesbian, gay, bisexual and transgender (LGBT) young people has, in its 10 year history, grown from a grassroots response to the lack of safe space for LGBT young people in Dublin to a national service provider and influential advocacy organisation. The organisation, in partnership with others, developed a national network of LGBT youth groups and has made very significant national policy advances in the areas of combating homophobic and transphobic bullying in schools, mental health and LGBT Asylum Seekers. It’s Founding Director Michael Barron will talk about how such advances were possible against the back drop of a society and education system where the Catholic Church as been very influential. He will reflect on the importance of research, partnerships and unlikely alliances in the organisations development, as well as on how supporting LGBT youth to advocate for themselves has made all the difference.”
Michael Hausermann, Dialogai, Switzerland
“Homophobia and Heterosexism have a negative impact on the health, suicide risk, quality of life and studies of bisexual, gay and lesbians. This negative impact is particularly strong during the coming out years of young gay and lesbian people. International and Swiss studies show that gays and lesbians suffer 2 to 3 times more often of anxiety and depression, are 3 to 4 times more often victims of violence and commit up to 5 times more suicide attempts than their heterosexual counterparts. The school years are often remembered as the worst in the memory of adult gays and lesbians. Verbal and physical homophobic violence is very common in school and teachers are often ashamed to react or do not know how to react. 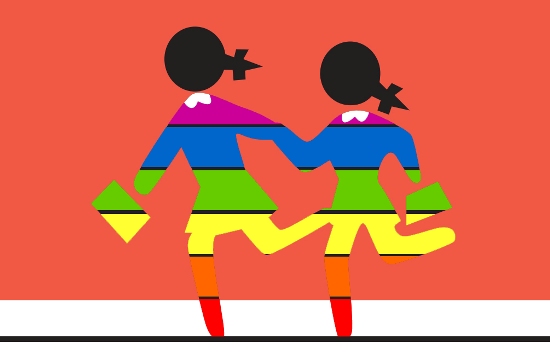 Contrarily to other minorities, young bisexual, gay and lesbians do not receive support from their families in case of discrimination in school. Quite the opposite, they often face shame and rejection when they come out to their parents. Therefore, teachers and other youth professionals in and out of schools must be sensitized and trained to LGBT issues to be able to stop bullying and advice and help young bisexuals, gays and lesbians. A small group of sensitized supportive adults and teachers in a school can make the difference, can help the school become a safe space for young bisexuals, gays and lesbians and can save lives.”
Katarina Stenkvist, RFSL, Sweden
“Ever since 1972, RFSL Stockholm has had a school information program. The pedagogical approach for many years was based on the idea of students learning respect and getting knowledge through the encounter with representatives with LGBT persons. During the last 10 years the focus has shifted towards a more queer pedagogy aiming to raise awareness among the students regarding heteronormativity and introducing tools for a queer analysis of identities.
Based on our meeting with young LGBTQ people and research on the target group we know that in Sweden students at schools harass one another based on sexual orientation and gender identity. At the same time a lot of students at for example high school contact us and want to know more about LGBTQ issues and human rights. In a new project, starting in 2014, we are going to focus on strengthening students, regardless of their own sexual or gender identity, that want to work for a safer school environment in their high school.”
To contacts the organizers of the Symposium:
Kaos GL Association
GMK Bulvarı, 29/12, Kat:6, Demirtepe/Kızılay - Ankara
Phone: 0312 230 0358
Fax: 0312 230 6277
kaosgl@kaosgl.org
The 2nd Symposium is supported by German Embassy, Swiss Embassy, Norwegian Embassy, British Embassy, Irish Labour Party, Sivil Düşün Initiative and SIDA Sweden.