Kaos GL’s representative Öztop has addressed the national representatives of EU member and non-member countries on LGBT rights on June 25, 2013. 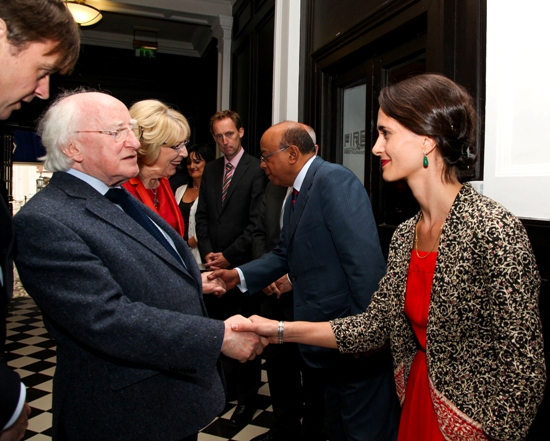 Kaos GL’s representative Öztop has addressed the national representatives of EU member and non-member countries on LGBT rights on June 25, 2013.
Due to the EU Presidency of Ireland coming to an end, EU Commission led by Dominic Hannigan hosted the 49th COSAC Conference in Dublin on June 23-25, 2013. On June 25, Kaos GL’s representative Nevin Öztop took the floor to address the country representatives on discriminations that LGBT people face in Turkey and Europe and the vision she has for Europe’s future.
On June 23, the conference was opened by a dinner hosted by Dominic Hannigan T.D.,  Chairman of the Oireachtas Joint Committee on European Union Affairs.
On June 24, official opening was address by Sean Barrett T.D., Ceann Comhairle of Dáil Éireann. Enda Kenny T.D., Prime Minister of Ireland, addressed the crowd by his speech “Taking Stock and Looking to the Future”.
The day was followed by the panel “The Future of European Integration” with the participation of Viviane Reding, Commissioner for Justice, Fundamental Rights and Citizenship and Jacques Delors, Former President of the European Commission.
In the afternoon, “Delivering on Development” panel discussion was held with the participation of Mo Ibrahim, Chairman of Mo Ibrahim Foundation, Michèle Striffler, Vice-president of the Development Committee of the European parliament and Barry Andrews, Chief Executive of GOAL.
President of Ireland, Michael Higgins was the guest of honour of the dinner on the same day. Öztop was given the chance to meet him and introduce Kaos GL’s work. 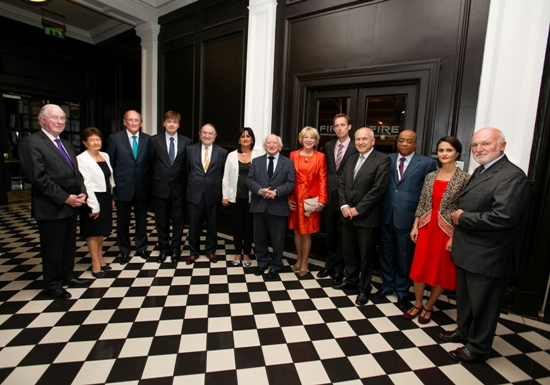 “A European Future for Young Citizens”. Without LGBTs?
On June 25, Joe Costello, Minister of State at the Department of Foreign Affairs and Trade, was the opening speaker of the panel, “A European Future for Young Citizens”.
Öztop spoke at the morning panel along with two other activists who were representing the Roma and disable people in Europe. Rachel Creevy from Ireland addressed the crowd on the problems and needs of disable people in Ireland and Europe, while Marietta Herfort from Hungary spoke on the discrimination Roma people face.
Öztop spoke about the lack of protection on the social rights of LGBT people, in particular at work place and in education. She highlighted the secondary laws that are used to punish LGBT people, starting from the Penal Code to the Army legislation. Öztop wrapped up her speech by saying: “Just because you do not look, that does not mean LGBTs do not exist. You are just not looking at the right place. We are in schools, work places, your neighbourhoods, parliament, and at the forefront of demonstrations in Istanbul and Ankara and beyond.”
Upon a question from the Lithuanian delegation on how to bring up such issues back in their country when the public is against the issue in the first place, Öztop commented: “If you are really concerned about having a dialogue, I suggest you start with cancelling the recent law you passed against homosexuality in the name of ‘protecting the underage’”.
Öztop’s speech was distributed to the country representatives of member and non-member EU states. Members of the Turkish ruling party AKP were also present at the 49th COSAC.
Öztop’s full speech can be reached here: http://kaosgl.org/page.php?id=14416